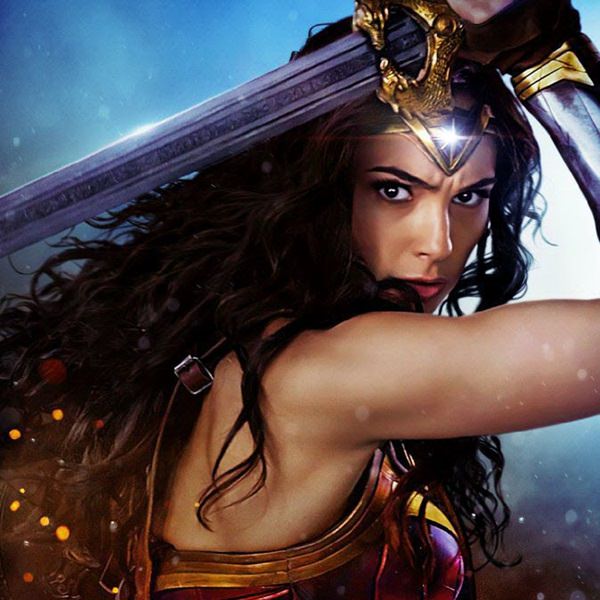 Finally, after mixed results from Man of Steel (2013), Batman v Superman (2016), and Suicide Squad (2016), the DC Expanded Universe has given us their first unequivocal success in Wonder Woman. Warner Brothers needed this. The pressure was on, and although the previous movies were financially successful, they needed a critical hit before audiences starting losing interest. Wonder Woman, directed by Patty Jenkins, couldn’t have come at a better time then, and should keep people invested and excited for the equally anticipated Justice League.

One of the triumphs of this film, is that it’s set in the early 20th century during the First World War, meaning it stands on its own, unburdened with having to fit in with the modern day set movies. Essentially an origin story, we see how Princess Diana of the Amazons (Gal Gadot) became the superhero known as Wonder Woman, starting with her early childhood on the idyllic island of Themyscira.

Secluded and untouched by mankind’s corruption, Diana is trained in the ways of the Amazonians and becomes a formidable warrior. Her life is turned upside down though when Chris Pine’s Steven Trevor, a military spy, crash lands on the island, and brings with him “the war to end all wars”. Convinced she can help, she goes back with him to the world of men, and is pitted against General Erich Ludendorff (Danny Huston), and evil scientist, Isabel “Doctor Poison” Maru (Elena Anaya).

Jenkins has done a marvellous job with Wonder Woman, and manages to avoid all the familiar traps of a formulaic origin story. A lot of that has to do with the fact that Diana’s journey is so unlike most superhero stories. Having her roots grounded in Greek mythology, involving gods, mystical islands, and immortal warrior women, adds something grand and epic to the tone of the film. Indeed, the first half hour, which is set on Themyscira, feels like it belongs in the old sword-and-sandal genres, more than a comic book movie. Yet, when Jenkins brings the story to a war-ravaged Europe, it turns into a period war film, and she balances that significant shift in tone skilfully, even bringing some well-placed fish-out-of-water humour as Diana struggles to adapt to her new surroundings.

As the first woman to direct a female-led superhero movie, she suitably brings that feminist element to the story, giving it just the right amount of emphasis and not being too heavy handed or preachy with it. She even subverts the damsel in distress format so many of these films take. For example, one scene in an alleyway, clearly referencing Richard Donner’s classic Superman (1978), has Diana diving in front of Steven and defending him from armed assailants. It’s a great message and role model being presented before us, especially for young women.

All this wouldn’t be possible if it weren’t for Gadot’s excellent performance. She owns that role, perfectly inhabiting the character of Diana, and bringing a lot of heart to this beloved heroine. This is a different person to who we met in Batman v Superman: Dawn of Justice (2016), who in that film, was a lot more confident, and already a seasoned hero. In Wonder Woman, Gadot plays her with more naivety and innocence, where she’s uncertain of the world, making her relatable and empathetic.

Not only that, she adds passion and optimism to her character, which has sorely been lacking in the other DCEU movies. What’s more, she gives a convincing performance when it comes to the action set pieces, and brings a lot of energy and emotion, particularly in one long sequence where she leads the charge over no-man’s land.

Wonder Woman isn’t flawless though, and there are one or two elements that bring it down a notch. Due to that obvious focus on Diana, a lot of the other characters don’t feel fleshed out enough. Pine gives solid support as Steven Trevor, and has good chemistry with Gadot, but he’s pretty much that charming rogue we know from the rebooted Star Trek Universe. Plus, when it comes to the villains, there’s not much to shout about, with Huston and Anaya barley displaying two dimensional antagonists.

The action is well executed, story driven and combined with Wonder Woman’s signature score, feels really exciting and epic. There’s a first act set piece in particular, involving Amazonian’s fighting German soldiers on the beach, which really offers some amazing spectacle, and something you don’t see every day. Like the previous films in this universe unfortunately, Jenkins goes too over-the-top with the visual effects in the grand finale, in what is another CG heavy battle that can take you right out of the experience. It’s a minor glitch, and in no way is it as bad as the other films, but it is quickly becoming a trend that will need to be addressed soon.

‘Despite those few issues, like the heroine’s name, Wonder Woman is a wonderfully made superhero film, that should put the DCEU back on track. With a beautifully layered performance from Gadot, a rich and original origin story, and some emotionally charged action set pieces, this film will certainly steal some of Marvel’s thunder.’