My Cousin Rachel review – an alluring and dark drama 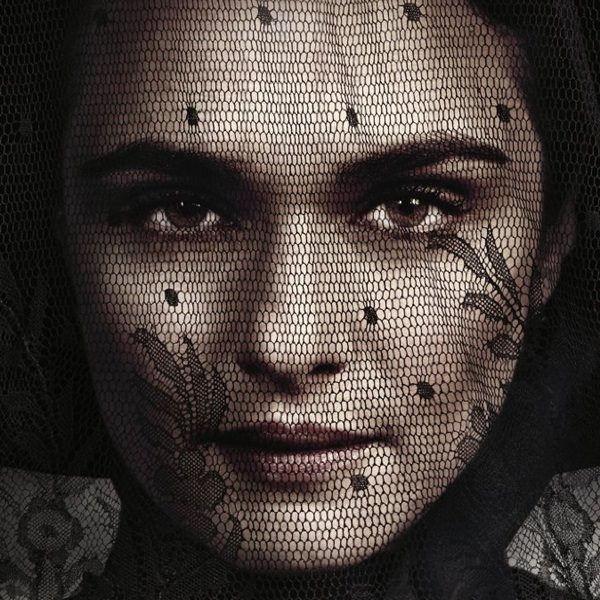 ‘A young Englishman plots revenge against his late cousin’s mysterious wife who he believes was responsible for his death.’

My Cousin Rachel is a period costume drama with a dark twist. Whether it’s Pride and Prejudice (2005), or Sense and Sensibility (1995), many of these films are usually set in a bright, picturesque, English countryside, with a story about love and romance, and full of young women pinning after well-bred and desirable men. Where by the end, there’s normally a wedding and a lot of cheering over the young couple, who have overcome several obstacles to be together. It’s clear from the beginning though, My Cousin Rachel is not that kind of film, and although set in the beautiful Cornish countryside, is far from bright and romantic.

Adapted from Daphne du Maurier’s 1950’s novel, and directed by Roger Michell, the plot revolves around a young man named Philip (Sam Claflin), who, after his mother dies, is raised by his cousin Ambrose. When Ambrose falls ill, he moves to Italy for warmer climates, and ends up marrying the titular Rachel (Rachel Weisz). Soon, the letters Philip receives from Ambrose take a dark turn, complaining of headaches, and Rachel’s incessant watching of him. Concerned, Philip goes to visit, only to discover that Ambrose has died and Rachel has disappeared. Furious, and believing she had something to do with his death, he returns home, only to find Rachel appearing a few weeks later. However, instead of being angry, he finds himself slowly becoming attracted to this mysterious older woman.

This is a well-crafted story, that leaves us guessing to what Rachel’s intentions and motivations truly are. For the majority of the film, she’s played up as this alluring femme fatale, who’s only interest in Philip is the fortune he’s inherited from Ambrose. Although we’re never given any concrete evidence of that being the case, the more obsessed and enamoured Philip becomes with Rachel, the more we see her grip tighten around him. Michell does solid work of conveying all this with a slow and deliberate pace, and by creating a suffocating atmosphere. The colour is saturated from this lush green environment, and the estate is dimly lit, bringing forth a dark and depressing mood.

Clearly not an uplifting romantic drama, My Cousin Rachel is not about love, but rather lust, and explores the power sex has over men, as we slowly see Philip come under his cousin’s spell, and manipulated to her will. Indeed, as the film progresses, he loses all reason, doesn’t heed the advice from his god father (Iain Glen), and is blinded by his infatuation. As a result, it gives the film a contemporary feel, as times may change but not human nature, and the power of biology.

A lot of the movie rests on Weisz’s central character, and she doesn’t disappoint, as the whole film gravitates around her. She is impeccable as Rachel, and gives a very calculating performance, where you can almost see the clogs working behind her eyes. With every conversation, and the way she holds herself, you can see her wield more and more control over the easily manipulated Philip, until he’s putty in her hands. Yet despite that powerful and controlling demeanour, Weisz never gives anything away about her true agenda, and straddles that line perfectly between full-on evil, and heartbroken widow. On a few occasions she even brings actual vulnerability to the role, although we’re never sure if it’s all an act.

In comparison, Claflin struggles to hold his own alongside his co-star, with one of the main problems of the film being how quickly he goes from seething hatred, to infatuation. It’s rushed over, and granted, that has more to do with the writing and characterisation, but his performance at times feels unconvincing, and that turn, too sudden. Saying that, in spite of him being quite arrogant and obnoxious, Claflin does a good job of injecting just enough sympathy into Philip so we care and feel for him as we watch him gradually come under Rachel’s influence. Unfortunately, the rest of the cast don’t get much to do, other than be the voice of reason for Philip, or in the case of Holliday Grainger, be an authentic love interest.

Another issue that brings the film down, is the ending, which is anticlimactic, and lacks a sense of closure. This may have been Michell’s intention, but for many, it will be frustrating. After such a long build-up of asking did she or didn’t she, the inconclusiveness just doesn’t fit, and undermines the rest of the film. We deserved some kind of answer, and this goes a long way in weakening an otherwise solid movie.

‘My Cousin Rachel is a costume drama with real bite, doing something different with what is normally a more lighter genre. Even with those story elements that don’t work, and a weak ending, there’s no denying Weisz’s magnetic presence, which holds it all together, and is worth seeing for her performance alone.’