Stranger Than Fiction review – a delightful and heart-warming comedy 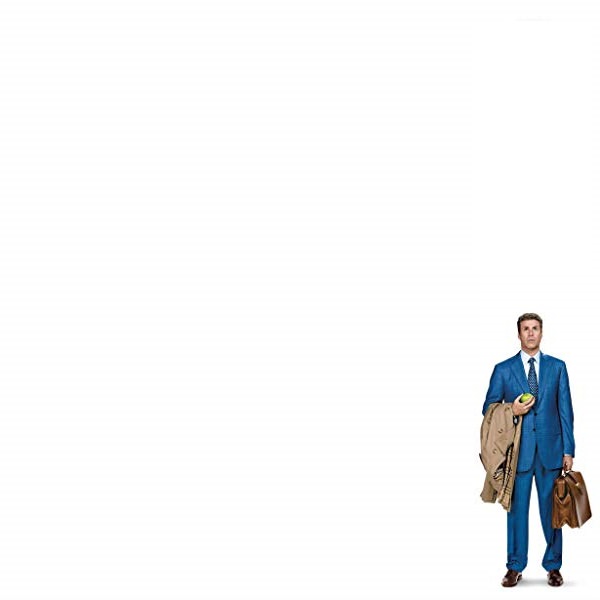 ‘Harold Crick works for the IRS and lives a solitary, repetitive existence until one day he begins hearing a woman’s voice narrating his life.’

Before he went big with the likes of Quantum of Solace (2008), Machine Gun Preacher (2011), and World War Z (2013), Marc Forster made some great and small independent films. One such film is the smart and original Stranger Than Fiction, which is one of his most heart-warming and whimsical movies. It’s also noteworthy for staring a very against type Will Ferrell in a really subdued role, showing us that he could do more than play those screaming man-child characters like Ron Burgundy from Anchorman: The Legend of Ron Burgundy (2004), for which he’s far more known for.

In what was his first dramatic role, of which there’s only a few, he plays taxman Harold Crick, who lives his life strictly by his wristwatch and adheres to a rigid schedule on a day to day basis. We’re shown this excellently through his very angular and clinical apartment, which represents his boxed in and solitary existence, and an opening montage that gives us a detailed description, via Emma Thompson’s narrating voiceover, of Harold’s daily routine. With the apt use of the limited visual effects, we see text and numbers being thrown up on the screen to gives us a picture of how his analytical mind works.

Everything changes though, when on the same day he meets baker Ana Pascal (Maggie Gyllenhaal), who he is tasked with auditing, he suddenly hears Thompson’s narrator as she describes his actions. Try as he might to ignore this voice, he’s suddenly concerned when she foretells of his imminent death. Scared and confused, Harold turns to literacy professor Jules Hilbert (Dustin Hoffman) for help, and tries to figure out what’s going on.

The reveal comes pretty early in the film, and the trailer spoils a lot of the plot, but my recommendation is to go into Stranger Than Fiction as cold as possible to really get the most out of it. Innovative and intelligent, the story feels totally unique, made only better by the superb cast. Furthermore, combined with Zach Helm’s script, there’s lot of layers with plenty to enjoy, so even if you have seen this film before, it’s still a great one to revisit.

With the inclusion of Hoffman’s literacy professor, it becomes somewhat meta, where the audience is invited to guess what kind of genre Harold is in. At the very beginning, it feels like a drama about a man losing his grip on reality. Then, a romance, where Harold learns to break free from his monotonous life with the help of the more spirited Ana. Maybe we’re watching a tragedy unfold, a comedy, or all of the above. Whatever it is, Forster plays with all those various tropes as we go on this journey with Harold, as he tries to work out what is happening to him, what kind of story the narrator has placed him in, and if there’s any chance of changing it.

On top of those numerous genres, there’s also a great sense of humour running throughout. Observational and character based, the comedy’s more deadpan and dry, where you may not be laughing out loud all the time, but you’ll have a smile as you watch Harold try to make sense of what is happening to him, and his interactions with other characters.

Forster balances all these elements with confidence, knowing exactly what he wants from his film. Despite a story about a man experiencing an existential crisis, and who thinks he’s having a mental breakdown, he expertly keeps the tone light, while at the same time never undermining those weightier themes. Skilfully pacing the story, he takes his time, and focuses purely on Harold as a character, making sure we really get to know and care for him. By the time we get the answers, Forster has already made sure the audience will be invested and engrossed about this ordinary man, going through an extraordinary experience.

This is all down to Ferrell’s outstanding acting, and he really shines as the unassuming and punctual Harold. It was a bold move for Forster to take this actor, who was mostly known for these larger-than-life and brash characters, and give him a role that required some delicacy and subtlety. Fortunately, it paid off, and Ferrell brings a really restrained performance, and actually, a fair amount of depth and gravitas. Not only that, he also succeeds in displaying a convincing transformation from someone who lives to a fastidious schedule, to someone who embraces the more chaotic and unpredictable tendencies of live.

Ferrell’s not alone, and he’s aided by a brilliant supporting cast of eccentric and oddball characters who all bring something to this tale. Gyllenhaal’s Ana is the perfect antithesis to Harold, yet they have this authentic and sweet chemistry between each other that’s quite endearing, and feels organic. She adds a lot of passion to Ana, who plays a big part in Harold’s journey of enjoying life. What’s more, as a female romantic interest, it’s refreshing to have her with a sense of agency, where she’s not just there to progress the hero’s story, but has her own autonomy, and is a fully fleshed out character in her own right.

‘Forster has made a delightful film, and even though it’s over a decade old, it still feels very fresh and original. Wonderfully directed and well written, and with Ferrell’s revelatory performance, there’s no doubt that Stranger Than Fiction is a movie that you’ll love from beginning to end, and keep coming back to again and again.’