Suicide Squad review – a messy but entertaining ride from DC 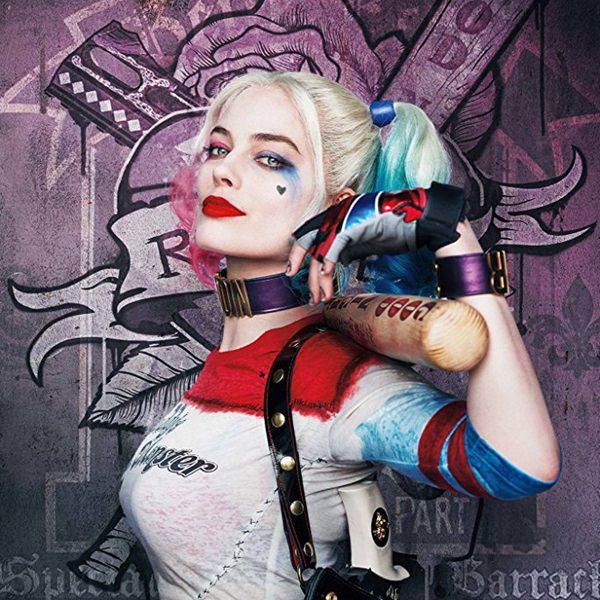 ‘What happens if you send supervillains to do the work of superheroes? The US government is about to find out.’

After the incredibly polarising response to Batman v Superman: Dawn of Justice (2016), including many mixed to negative reviews, Warner Brother’s DC cinematic universe looks like it could be in trouble. No doubt the studio will be desperate for their next film in this franchise to be a financial and critical success.

Fortunately, David Ayer’s Suicide Squad, the third in the DC expanded universe is extremely entertaining and an immensely fun experience. In an obvious response to the criticism towards the high broodiness factor of Batman v Superman and the overly grim atmosphere, Suicide Squad is a much more lighter affair, with a stronger emphasis put on humour and creating a sense of fun.

That’s not to say that there isn’t any seriousness to be had with a typical high stakes save-the-world plot. Considering the rumours that the late re-shoots that were announced were done to add more humour, Ayer shows prowess in balancing the conflicting tones of the film.

The story itself also helps the film as it centres around the villains for a change, which is a refreshing and different take after so many of these movies tend to focus squarely on the heroes, and leaving the antagonists underdeveloped and not very compelling at all (yes, you could argue Deadpool (2016) but that film always lent more towards the hero aspect of his character rather than the antihero side). It’s an original approach that switches the perspective. We even have Government Agent Amanda Waller (Viola Davis) presented as an antagonist to these characters as she coerces them to fight a dangerous battle against their will.

Ayer takes us through his film at a neck breaking pace with minimal set up so as to get straight to the meat of the story, which both helps and hinders the movie as time isn’t wasted trying to explain everything and having the film drag. Where it hinders though is characterisation.

With such a big cast, some of the squad are reduced to archetypes and aren’t fleshed out very much making them hard to get behind. This is to be expected though with a large ensemble and actually, there are a few standout characters with Will Smith’s Deadshot and Margot Robbie’s Harley Quinn getting by far the most development with added backstory and even an origin tale for Quinn which is shown through flashback when she was a psychiatrist treating Jared Leto’s Joker. Also Davis’ Take on Waller is cold, calculating and extremely manipulative and she makes a great foil to the team, making us actually sympathise with the bad guys.

He also doesn’t skimp on the action, which he proves very adept in. He gives us a mix of styles based on the various abilities each character has which includes the more grounded battles between the non-powered humans like Deadshot, who Smith looks like he’s having a lot of fun playing, and the more fantastical battles when it comes to the meta-humans.

Unfortunately, despite all the positives, Suicide Squad is not a perfect film and does suffer some of the same hereditary problems as Batman v Superman. For example, as the film progresses the action does get too CGI heavy, and by no means as bad as its predecessor can still be quite distracting and take you right out of the film.

Also, there is still a fair amount of world building with the constant need to set up future films within the DC universe. It feels forced and is a blatant attempt to compete with Marvel and it’s starting to get old. This shows itself in unnecessary cameos and a side plot that includes Leto’s Joker that feels shoehorned in. What happened to the days when superhero films were self-contained with maybe the slightest of references to a larger world?

‘David Ayer has shown there’s still life in the DC Cinematic Universe yet.’

Suicide Squad, although not flawless, is a solid film and is certainly a step in the right direction for this world. Even with the underdeveloped characters, the distracting side plots and overuse of CGI, there is still a lot to enjoy, including a killer soundtrack. It is without a doubt the most entertaining film to date within the DC Cinematic Universe and should create a sense of hope for future films.