Warcraft: The Beginning review – a cheap imitation of The Lord of The Rings 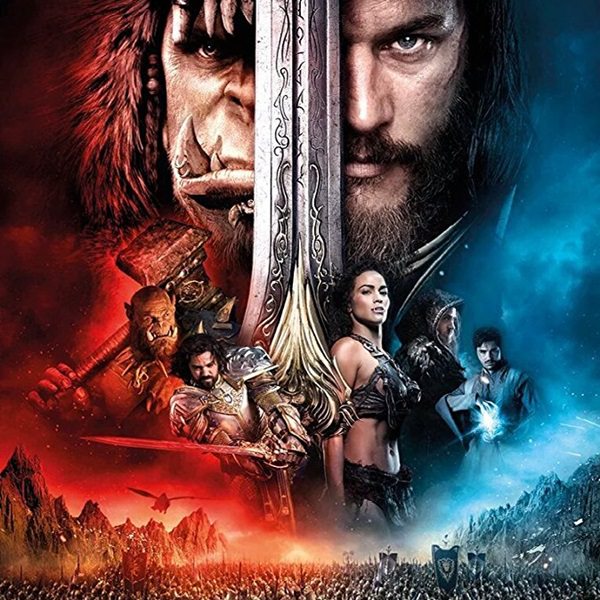 ‘In the realm of Azeroth battle lines are drawn between orc and human.’

Duncan Jones has only directed two films: the small indie sci-fi film Moon (2009), and the equally low key Source Code (2011). Both films were well received and marked Jones as a director to watch out for, and now for his third feature he has been given the mammoth task adapting the immensely popular and long running videogame series ‘Warcraft’. It’s a big leap, and there’s a lot of pressure with a big blockbuster to succeed with an obvious desire to kick off a franchise. Based on the strength of his previous work, Jones should be a good choice, but what he delivers, unfortunately, falls rather flat and feels stale.

It was always going to be a challenge to bring Blizzards long running series of videogames to the big screen. There’s a lot of plot to cover and a lot of world building to do, as well as trying to make it as accessible to those who aren’t familiar with the games. With a potential franchise on their hands there’s also a great deal of table setting going on, putting in place side plots and leaving character arcs unresolved to set up the obvious sequels.

As a result, the narrative comes off as overly complex, hard to follow and incomplete, which centres around a race of orcs who leave their dying world through a magical portal into the realm of Azeroth. On their arrival they spark a war between them and the inhabitants of this new, lush green land. As battle lines are drawn, leaders on both side start to question if there isn’t a more peaceful resolution. Thrown in are the typical troupes of the fantasy genre: dark verses light, medieval battles, Dwarfs and Elves.

The easiest comparison is Peter Jackson’s Lord of the Rings (2011) trilogy, which has become the gold standard in which every fantasy film is measured against, and in my opinion nothing has bettered yet. Warcraft: The Beginning is no exception, no matter how hard it tries to emulate Jackson’s masterpiece (they even have a council meeting of various races that could have been ripped right out of The Fellowship of the Ring).

There’s a huge host of character’s to fit in and Jones tries to give them all equal space and relevance in the story. As a consequence though, we don’t really get a lot of time to connect with them. What doesn’t help is that most of them have unpronounceable names and you can never tell who is who. Instead, what we get, is a series of character archetypes like ‘the honourable king’, ‘the power hungry villain’ and ‘the heroic battle scared solider’, who you might as well name Aragorn. The actors try their best but are let down by a cliché script creating thinly sketched characters who you will struggle to care about.

On the other hand, there is plenty of action to keep you occupied and distract from the underdeveloped characters. The action is handled well in the smaller skirmishes but when it comes to the final act, the CGI becomes overwhelming and hard to follow. The orc design is impressive though with most of the actor’s having to do the hard work of emoting through their eyes behind the CGI.

‘Warcraft: The Beginning is a valiant effort by Jones but succumbs to the curse of the videogame adaptation.’

There are moments to enjoy but with all the world building and side plots crammed into two hours, it becomes hard to follow and character development suffers. It looks like Jones should of honed his craft a bit more with interesting and smaller films, instead he’s proved he wasn’t ready to tackle something like this and has made an unoriginal and dull film even fans of the video game will struggle to enjoy.

← Teenage Mutant Ninja Turtles: Out of The Shadows review - a poorly made sequel with very little to offer Frank review - a fantastic dramedy about the power of music and following your dreams →