The Lord of The Rings: The Fellowship of The Ring review – the ultimate fantasy film 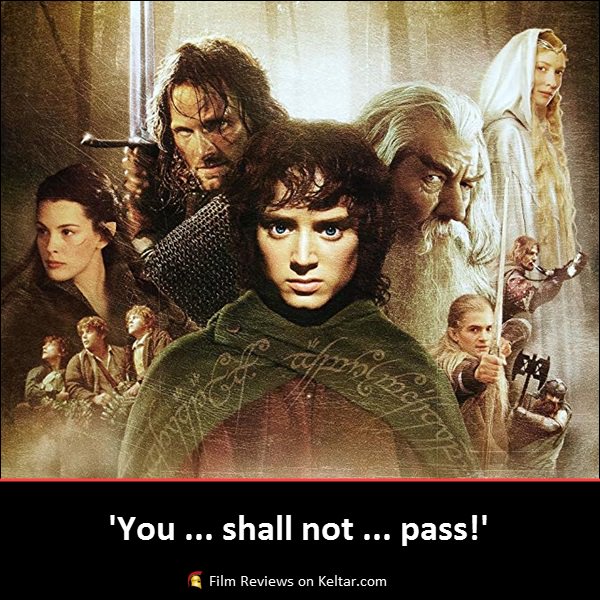 ‘Frodo, a Hobbit from the Shire, is accompanied by eight companions on a quest to destroy the all-powerful One Ring and save Middle-earth.’

Before 2001, fantasy movies were arguably cheap or cheesy affairs. There were a few exceptions but for the most part, they were seldom taken seriously. Then came along Peter Jackson’s The Lord of the Rings: The Fellowship of the Ring. Based on J. R. R. Tolkien’s classic novel and the first of a planned trilogy, it subsequently changed the way we viewed the fantasy film from then on.

No longer was it a niche genre and reserved for a select few fans, but blew it wide open into the main-stream. Where they could be given a degree of respect and serious consideration. So successful were those movies, that it has become the benchmark to which all other fantasy films are measured against. Easily, it goes without saying nothing has surpassed them.

‘All three films were shot back-to-back and released over three consecutive years during the Christmas season.’

Undoubtedly a big gamble, a lot rested on The Fellowship of the Ring as the opening movie. Luckily, it proved triumphant, getting all who saw it eagerly awaiting the next instalment. A massive saga, the narrative takes place in a medieval world called Middle Earth. It’s home to a variety of different races, including Men, Elves, Dwarfs, and Hobbits.

The story follows one such Hobbit, Frodo Baggins (Elijah Wood), who inherits a mysterious ring from his Uncle Bilbo (Ian Holm). Turning out to be the One Ring, a powerful weapon belonging to an evil entity known as Sauron, Frodo and his friends are sent on a perilous mission to destroy the dangerous item by Gandalf the wizard (Ian McKellen). They are aided by an assortment of allies like the ranger Aragorn (Viggo Mortensen), Legolas the Elf (Orlando Bloom) and Dwarf, Gimli (John Rhys-Davies). Together they make up the fellowship of the ring, and must take the One Ring to the land of Mordor to destroy it once and for all.

‘Thought to be unfilmable by many, this is a crowning achievement in adapting a complex story within a dense mythology.’

Spanning multiple books and even creating his own language, Tolkien’s world of Middle Earth has an intricate history to expound. Being the first film, Jackson has the almost impossible task of unpacking all this history, even with the epic runtime. Fortunately, in the opening prologue, he skilfully tells the relevant background of Sauron and the Rings of Power, recounting events that span thousands of years in the space of a few minutes.

As co-writer, Jackson is likewise able to make sure that audiences who aren’t familiar with the source material will still grasp what’s going on. Exposition is dished out organically, and some elements are even left ambiguous, trusting us to work it out on our own. Ultimately when stripped down, this is a classic tale of good versus evil, which is a universal story everybody can understand.

‘At a time when green screen was becoming a trend in movie-making, Jackson refreshingly keeps the sets practical.’

George Lucas had already shown the technology could be taken too far in The Phantom Menace (1999). Taking a good portion of authenticity out of the experience, Jackson smartly doesn’t make the same mistake and uses the green screen sparingly.

Instead, he uses the beautiful landscapes of New Zealand as Middle Earth’s backdrop. The stunning scenery is the perfect location to realise Tolkien’s world, and it’s become synonymous with this mythical land. By using tangible locations and physical sets, Jackson Brilliantly grounds the fantasy, bringing a sense of realism to the whole experience.

‘When it comes to the visual effects, the CGI that’s used is expertly spliced with the practical props so as not to overwhelm.’

Camera trickery is utilised by playing around with perspective, showing the difference in sizes between the various races. Real performers are used in prosthetics to make up the antagonistic Orcs. Truly, the large amount of work gone into presenting this world is staggering, and you can’t help but feel if made today, it would be one big CGI mess.

Although the bigger battles would be saved for the sequels, Fellowship still has amazing set pieces that gets the blood pumping. These are smaller sequences and made the more personal for it. Gandalf facing off against an inflamed demon. Sean Bean’s climactic fight against a horde of Orcs. Emotionally charged, these action scenes aren’t just solely for excitement, but are important character moments that also add depth and progress their arcs.

‘Speaking of which, there’s an enormous ensemble of characters, and every actor brings their A-game to the table.’

Putting those three hours to good use, Jackson makes sure all the principal cast get their moment to shine. Wood’s Frodo is clearly at the centre of this saga, and he does some of his best acting in this movie.

Bringing a huge range, he goes through a number of emotions, each one convincing as the next. He carries a heavy burden as the ring bearer and he shows it all on his face and body. McKellen is also excellent as Gandalf, believably revealing great power when needed under a facade of frailty. Actually everyone is perfectly suited to their role, and they all play a big part in the film’s success.

‘Generally speaking, The Fellowship of the Ring is considered to be the weakest of the trilogy.’

But without its more intimate scale, we would lose a big chunk of what makes the whole story work. We would miss out on the important character work and world-building that sets the tone for everything else to come. To this day it remains an important milestone in movie history, and proves that the fantasy genre, isn’t just for the geeks, but can appeal to anyone. 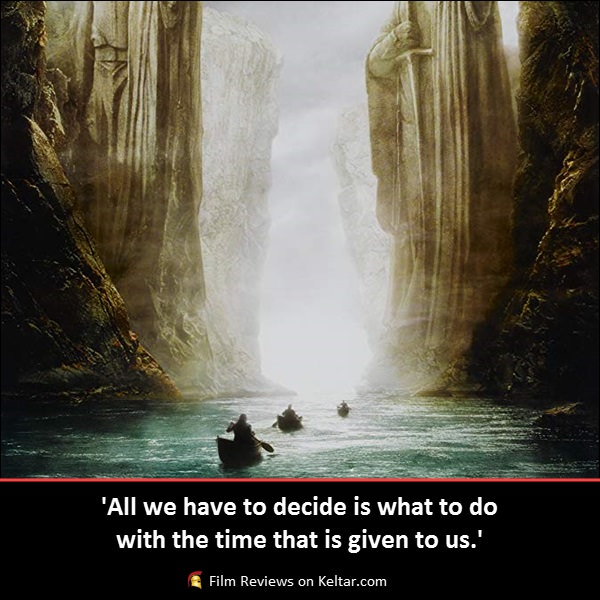 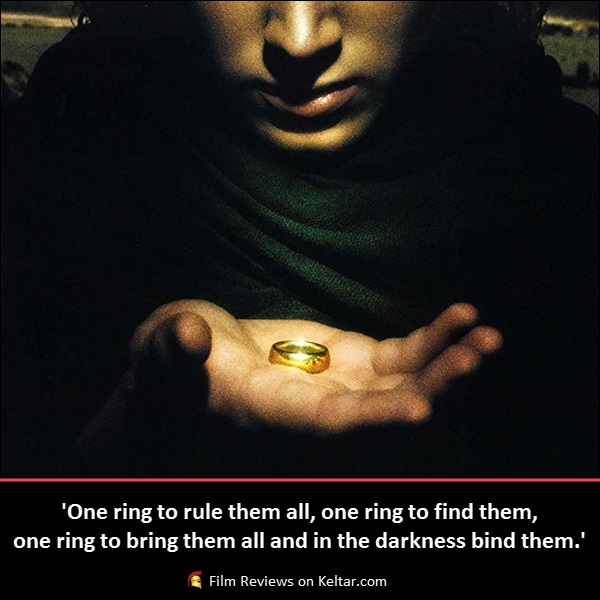