Transformers: The Last Knight review – a boring and bloated sequel 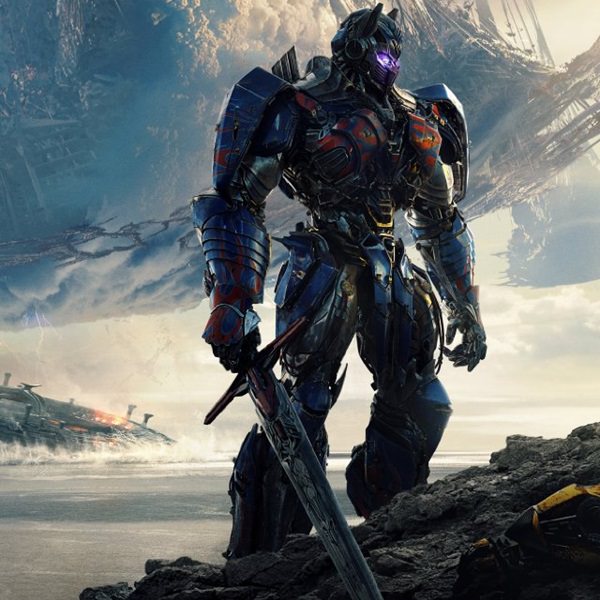 ‘The Transformers are at war with humanity and only Cade Yeager, Bumblebee, an English lord, and an Oxford professor to save the world.’

Another long running franchise that’s worn out its welcome, Transformers: The Last Knight is now the fifth instalment of this film series about giant robot aliens fighting each other, and the humans caught in the middle. Michael Bay is once again directing, and he brings all the crash, bang and wallop you you’ve come to expect from him, with minimum in plot cohesion, and little to no character development.

Following from the previous film, The Last Knight finds Mark Wahlberg’s miscast inventor Cade Yeager living as a fugitive alongside the Autobots. Optimus Prime is gone, and with all Transformers now hunted by the government, it’s a bleak time with little hope. Things only get worse when Yeager’s tracked down by Anthony Hopkins’ Sir Burton, a member of an ancient organisation aware of Earth’s secret history involving King Arthur, Transformers, and some MacGuffin in the form of a staff, which can destroy the world. With the help of Oxford Professor Viviane Wembly (Laura Haddock), Yeager must find the staff before it falls into the wrong hands.

Generally speaking, if you enjoyed the previous films, then you should like this one, as it has all that you would expect from a Transformers movie. Sadly, that isn’t saying a lot, and the first of its many problems is the overly complicated plot. This should be a fun popcorn movie with very little to it, but Bay seems set on making it as grand and epic as he can, when it doesn’t need to be.

As a result, he puts in long, drawn-out exposition scenes, needlessly adding to the already convoluted mythology, which at this point, makes about as much sense as a baby trying to talk. In regards to this instalment, it usually involves Hopkins, spieling out his lines with such haste, you’ll almost think he just wants to pick up his pay cheque and get out of there as quickly as possible. What’s more, the jokes that are added, rarely hit, and just create an inconsistent tone.

Another staple of these films, is the bloated runtimes, and The Last Knight is no different. At two and a half hours long, there’s only so much robot action you can take before it all starts getting a bit tedious. There’s so many unnecessary scenes and side plots that could have easily been left on the cutting room floor, that it feels very self-indulgent. For example, there’s a blatant setup for a sequel built into the main plot, which didn’t need to be in there. Also John Turturro returns as former government agent Simmons, adding absolutely nothing to the story, and feels utterly pointless.

A large chunk of the movie is set in England, and instead of doing some research and portraying a realistic English setting and culture, Bay Resorts to basic stereotypes. Everyone has posh accents, and the environment looks very quaint and old fashioned. Really, it’s borderline offensive. He doesn’t even seem to have a grasp of simple British geography, as one scene finds our protagonists being chased in open countryside, only to find themselves in the middle of London seconds later.

All the actors struggle with the wooden dialogue, and no one remotely looks like they want to be there. Wahlberg is a likeable actor, and does just enough to carry the film from one set piece to the next, but he’s proved himself better than this in the past and deserves better. In the end, these are all thinly drawn characters who you’ll barely care about, and who exist to purely tick a box. Whether it’s Jerrod Carmichael’s comic relief, or Isabela Moner’s tough street kid, everyone fulfils a purpose, no more, no less, and to just be that human element among all the robot carnage.

The one positive you could possibly take away from this film, is Bay’s proclivities for super stylised action, in which you can always count on him for those cheesy and over-the-top sequences. In that regard, The Last Knight doesn’t disappoint, and you can’t deny there’s a certain sheen to these set pieces. Big implausible explosions, people running in slow motion, lots of military personnel staring at screens, and the camera spinning around characters, are just some of the many trademark techniques we’ve come to expect from Michael Bay, and can all be found in this film. Unfortunately, like the previous films, this movie’s also over bloated with CGI, making it hard to tell what’s happening, as another world-ending event has to be thwarted by lots of robot-on-robot fighting.

‘Transformers: The Last Knight is not a good film, but if all you care about is the action, and you can ignore all the other glaring problems with this film, then you should find it enjoyable enough. However, if you’re looking for something more, like cohesive storytelling, and compelling characters, then the Transformers movies were likely never meant for you in the first place, and you’re probably best leaving this one well alone.’