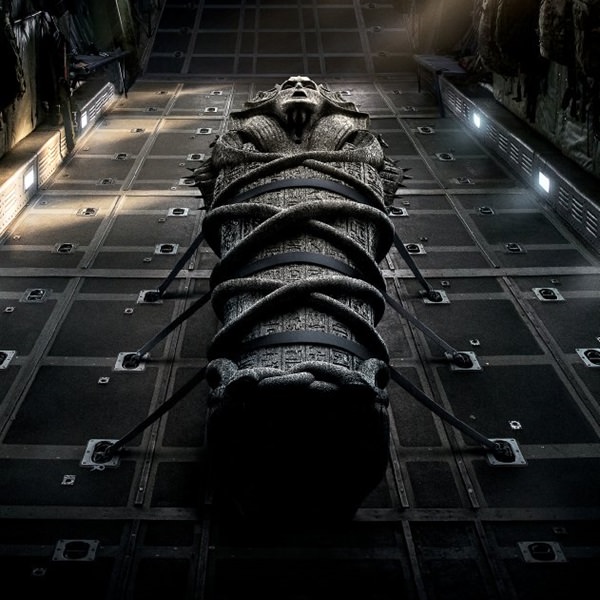 ‘An ancient Egyptian princess is accidentally awakened from her crypt and begins to unleash terror upon the world.’

It seems Universal Studios is jumping on the world-building bandwagon with the recent announcement of their ‘Dark Universe’. A shared universe, and reboot, of their classic monster properties, including the Wolf man, Frankenstein’s Monster, and the Invisible Man, to name just a few. This big news came just weeks before the release of The Mummy, which is now confirmed as the springboard for this multi-film franchise. Ever since Marvel starting connecting all their films, beginning with Iron Man (2008), and culminating in the huge financial success of The Avengers (2012), every studio has been trying to emulate that formula, with varying results.

The problem is, whereas Marvel’s universe-building felt organic and natural, all the other studios just rushed into theirs with very little thought, and probably too intoxicated by all that potential money. Universal’s ‘Dark Universe’ is just the latest example of studio bosses seeing the dollar signs, and quickly putting in development a long slate of films with little consideration. They’re not even waiting to see how The Mummy does, and if audiences have an appetite for another long franchise. As a result, it puts sizable pressure on this film to succeed and set everything up, instead of just letting it be its own thing.

Directed by Alex Kurtzman, the story starts by introducing us to Russell Crowes’s Dr Jekyll, who we can assume will be our connecting character between future films. He tells the story of Princess Ahmanet (Sofia Boutella) of ancient Egypt, who is so power-hungry, she makes a pact with Set, the god of death, for immortality. Before she can finish the ritual though, she’s captured, mummified, and buried alive in a sarcophagus, only to be dug up in present day by military man and treasure hunter Nick Morton (Tom Cruise). Unleashed in the 21st century, it’s up to Nick and archaeologist Jenny Halsey (Annabelle Wallis) to stop her before it’s too late.

On the whole, The Mummy is a good action adventure film with a fast pace and plenty of spectacle, and for the most part, solid visuals. Kurtzman also knows how to keep just the right amount of levity, while never undermining the high stakes plot. That humour helps keep things enjoyable and engaging, and it feels like the right tone for this sort of film, particularly one starring Cruise, who ‘s not normally known for moody horrors. If it’s taken too seriously in this heightened and fantastical world of gods and monsters, it will likely isolate a lot of the audience, who are probably just looking for an entertaining popcorn movie, and not something overly dramatic and sombre. People are probably going to come into this film with the underrated 1999 remake in their mind, which also knew to keep things light and action packed.

Sadly, when trying to appease horror fans and remind us that this film’s roots are in the horror genre, whenever Kurtzman tries to interjects scary moments, it feels out of place. They have their moments, but generally, they’re not that terrifying and don’t go alongside the overall adventurous and lighter aesthetic of the rest of the film. One of the biggest problems The Mummy has though, has to be in the second act, which is almost entirely given over to expanding this larger universe.

With Easter Egg after Easter Egg being thrown in, Doctor Jekyll’s exposition scenes, and the introduction of the monster hunting organisation Prodigum, of which he leads, it feels very forced and heavy handed. Instead of a straight forward structure, with a beginning, middle, and end, it feels so open ended, with no sense of closure or conclusion, and as a result, never lets the film stand on its own.

Despite those issues, the central cast all do solid work, and combined with that fun and entertaining tone, helps raise the film out of its self-indulgent world-building. Cruise is always watchable, and puts a hundred percent into his role, as always. Not only that, but for someone in their mid-fifties, he’s still a bankable action star, as he throws himself around, jumps of buildings, and in one spectacular sequence, rolls around in a real falling plane. He’s got good comic delivery and plays off well with Wallis, even if she does struggle to be more than a typical love interest for the hero to fight for and save.

Boutella, as the mummy, plays another world dominating antagonist, who’s thirst for power is hardly new or original. However, similar to her work on Kingsman (2015) and Star Trek Beyond (2016), she brings a real physicality to her role, and is clearly matching Cruise’s commitment, as she gives it her all. CGI is mixed well with practical makeup to create this truly menacing and terrifying movie monster. Unfortunately, the rest of the cast don’t get that much to do. Jake Johnson plays that typical comic relief character we’ve seen from him in films like Jurassic World (2015). Crowe is little more than a exposition plot device, purely there as a representative of the larger ‘Dark Universe’, essentially playing the equivalent of Nick Fury from the MCU.

Kurtzman handles the action suitably, with each set piece offering something different. Whether it’s an underwater scene, or running from a sandstorm in the middle of London, he makes sure there’s never a dull moment, and keeps things exciting throughout. Yes there’s a lot of CGI, but overall, it blends aptly with the well-designed practical sets. Refreshingly, the finale is also kept relatively small and personal, not falling into the trap of most superhero films, with not a whiff of a sky beam, or huge CG army in sight.

‘Despite the heavy-handed approach to building a new cinematic world, The Mummy, for the most part, is still entertaining enough to enjoy on its own. Thanks largely to Cruise’s and Boutella’s committed performances, and a light and adventurous tone, there should be something here to keep people interested, and to see what this universe offers next.’