The Mountain Between Us review – a perfectly watchable and enjoyable film 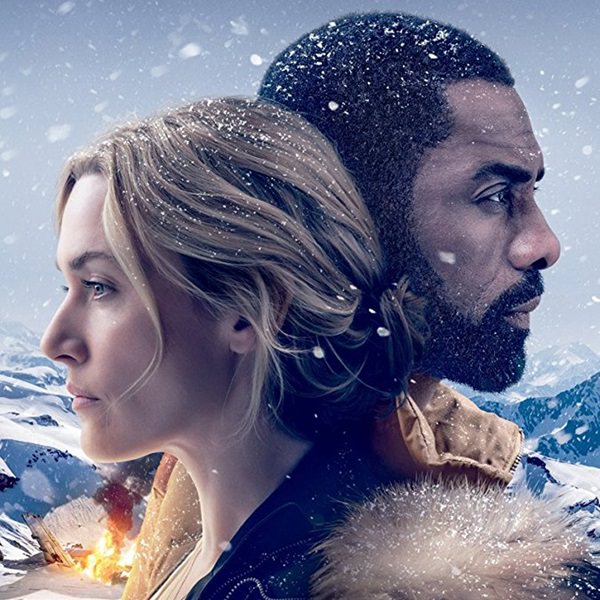 ‘Two strangers are stranded on a remote snow covered mountain after their plane crashes and must embark on a perilous journey across the wilderness.’

What would you do if your life depended on a stranger? That’s the questioned asked in the new survival film The Mountain Between Us, starring Idris Elba and Kate Winslet. Based on the novel of the same name and directed by Hany Abu-Assad, it tells the story of Doctor Ben Bass (Elba) and photojournalist Alex Martin (Winslet), who after their flight is cancelled, decide to hire a charter plane together. When they hit a storm though, and their pilot suffers a stroke, they crash into a snow-covered mountain. Injured but alive, they must now rely on each in order to stay alive and survive the harsh conditions.

As a whole, this is a good survival movie, for which there are many to compete with. Although it may not be the best when compared to recent films like The Grey (2011) and The Revenant (2015), it still holds up as an enjoyable experience nonetheless. However, that over-familiarity is what certainly brings it down. We’ve seen this kind of story play out numerous times before, and it hits all the beats we would expect. From two very different people forced together, with one them wanting to stay put and the other wanting to go and find help, to them learning to trust and respect each other as time goes by.

In that sense, this is a very predictable story with nothing new to offer to make it stand out. Furthermore, they miss the landing, and in the last act, it turns more into a romantic chick flick, undoing all the survival drama that came before. Being a mixture of two very different genres and conflicting tones then, it softens the blow and takes a lot of that grittiness away from the characters situation.

It just feels very tame, with far better films out there that sell the perils of the wilderness more effectively, where one wrong decision can lead to certain death. Really, apart from a visceral and well-shot plane crash, all from the perspective of inside the aircraft, the pace is quite slow. Also, except for one scene involving a cougar, nothing of real significance happens, and apart from the constant fighting of cold and hunger, there’s no real tension being built.

Despite these flaws, The Mountain Between Us isn’t a terrible movie, and does have moments of brilliance, like the aforementioned plane crash. Abu-Assad proves a competent director and knows how to get the best out of the environment, making it look beautiful as it is unforgiving. He cleverly doesn’t spend ages setting up Ben and Alex, but gets straight to the meat of the story, allowing the character development to happen gradually and organically over the course of the story.

Speaking of which, what really saves the film, is the character work and acting. These are two people who don’t know each other from Adam, and yet are forced together by the most extreme circumstances. Indeed, it’s clear Abu-Assad’s main concern is the relationship between these two very different people more than the actual survival part. Exploring how this kind of intense situation they find themselves in, can forge a powerful bond when they have no one else to lean on except each other.

As a result, a lot rests on Elba’s and Winslet’s performance and chemistry, as they have to carry the bulk of the film. Fortunately, they manage this with great skill and competence. Throughout the runtime, they convincingly display a growing connection, where from the start, they really do have nothing in common, to the end of their ordeal, where they then look like they’ve known each other for years. It feels very authentic and believable, and even though the romantic element feels a little forced, they totally sell it. Both of them also do excellent work in the physical department.

You’ll completely buy into the toil the brutal conditions are having on them, and feel just as beaten up as they are. Towards the end, you can completely see the mental, emotional, and physical strain this situation has had on them. It probably doesn’t hurt either that they had actual Canadian mountains to film on, with real difficult days of shoots to help bolster their performances, all adding another level of realism

‘The Mountain Between Us isn’t a great example of a survival film, and offers nothing original in that regards. Abu-Assad sacrifices tension and suspense in order to focus on doing a romantic drama that just so happens to be set on a mountain, and the ending spoils it somewhat as well. But, with committed performances and solid cinematography, this is a perfectly watchable and enjoyable film about two strangers having to work together to survive a wild and untamed environment.’