Blade Runner 2049 review – a visual feast for the senses 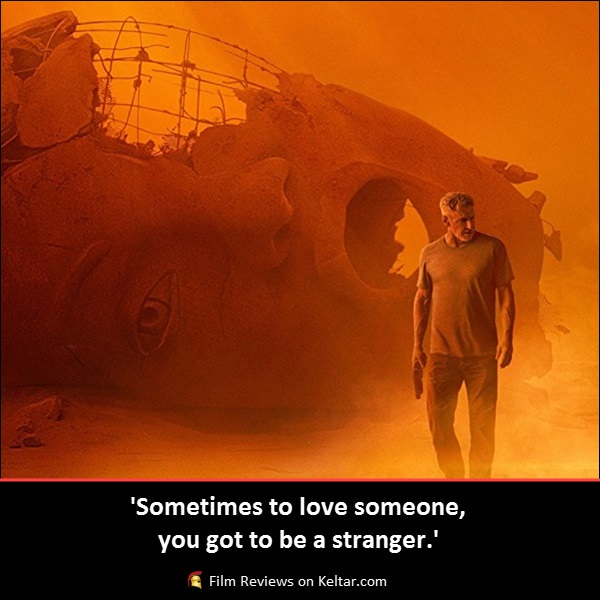 ‘A young blade runner discovers a long-buried secret that leads him to seek answers from former blade runner Rick Deckard.’

Normally, if a sequel comes out thirty five years after its predecessor, the chances are it’s not going to be very good. Yet, if that first film just so happens to be Ridley Scott’s Blade Runner (1982), arguably one of the most influential sci-fi’s to come out in recent history, intrigue and interest should be sparked. Then on top of that, if it also happens to be directed by Denis Villeneuve, director of last year’s excellent sci-fi original Arrival (2016). You’d be forgiven for actually having some excitement and expectation for this movie. This film has more going for it than your average belated sequel. With real potential to break the mould and be that rare exception of a decades-long instalment being actually good.

Set thirty years after the events of the first film, Blade Runner 2049 finds the world in even worse shape than when we last saw it. Civilisation is crumbling, and bioengineered humans known as replicants, created by Niander Wallace (Jared Leto), have been integrated into society to help human survival. Older, renegade models are hunted by police officers called blade runners. The story picks up when one such blade runner, officer K (Ryan Gosling), is assigned to investigate a freedom movement of replicants. What he discovers, is a secret that will have huge ramifications for mankind, and also leads him to former blade runner Rick Deckard (Harrison Ford), who has been missing for thirty years.

Blade Runner 2049 is a mesmerising and riveting cinematic experience.

It proves that not all belated sequels have to be terrible cash-grabs, and with actual care and thought. They can be a genuinely excellent continuation of the previous film. Certainly, this is what writers Hampton Fancher and Michael Green have done. By smartly setting the story decades from the last movie, they’re not as restricted, and can expand the world out more and go into some different directions. Subsequently, this makes it both familiar and new, and the plot itself feels just original enough, that even if they didn’t have Ford back, they could have made it work.

As good a film it is, be warned, this isn’t a movie that will appeal to mass audiences. It’s long, ponderous, slow paced, and similar to the original, isn’t as action packed as it seems. This is pure science fiction, dealing with some big philosophical questions and meaty themes. Like what it means to be human, or, if we can create artificial life? Do we have the right to do with it as we please? As a result, this provides a dense story that will be hard to follow at times.

If, on the other hand, this is your kind of film.

You should enjoy this approach immensely, and get swept up in the experience nonetheless. One of the great things the script does for example, is not pander to the audience or dumb everything down. Instead, it treats them with respect and lets us think for ourselves. Exposition is kept to a minimum, and the information we’re given feels far more organic. With no need for clunky and wooden dialogue from characters who would just be there to dump plot points. Consequently, this will allow more enjoyment with repeat viewings, as we discover more things we might have missed the first or second time round.

Like Scott, Villeneuve is a great visual director, and proves the perfect choice to slot into this futuristic landscape and take over the reins. He shows real passion for this world, and makes sure aesthetically, everything feels the same from the last film. This is a fully realised world, designed with practical and wonderfully detailed sets that really suck you into the story. Beautiful to behold, and combined with his meticulous editing and that familiar synthetic score, he has really provided a feast for the senses. He knows how to pace and structure the narrative, so despite the two and a half hour runtime, it’s still engaging and never feels boring.

The visuals and style are only elevated by the performances, who all help fill out this well-crafted dystopian future. After last year’s brilliant The Nice Guys (2016) and La La Land (2016), Gosling continues that winning streak here as the bottled-up K. His character is very introverted and keeps things close to the chest, but the actor does a great job of letting K’s personality and emotion break through that reserved nature from time to time. It makes those one or two moments when he does totally lose it, that more effective.

Ford’s return is most welcome, and it’s great to see him back in one of his most defining roles.

Surprisingly, he brings some depth and emotion to Deckard. Skilfully lets letting his hardened facade crack, and show a broken man who’s had it rough. Although some might argue it’s that gruff and grumpy character he always plays, he slips well into that hard-boiled noir setting perfectly. He isn’t overused, with his presence being more a reminder of the original’s legacy, and allowing him the chance to wrap up his character’s story.

Most of the other cast do solid work in their supporting roles, especially Ana de Armas’ Joi, who has an important role for K’s development. Leto’s Wallace is unfortunately the weak link. He’s motivations are vague, and he comes off as a one dimensional antagonist, who’s just there as a source of conflict. Happily, he’s not in the movie for much of the time, and he does the best with the material he’s given.

‘This is a brilliant movie, that shouldn’t be as good as it is for a thirty five year old sequel. Despite the bland villain, what Villeneuve has done is nothing short of amazing. With beautiful cinematography, a detailed story, and an excellent and committed cast. Blade Runner 2049 is proof that a decades-long sequel can actually be a fantastic film when given to the right people.’

Based on characters from the novel by