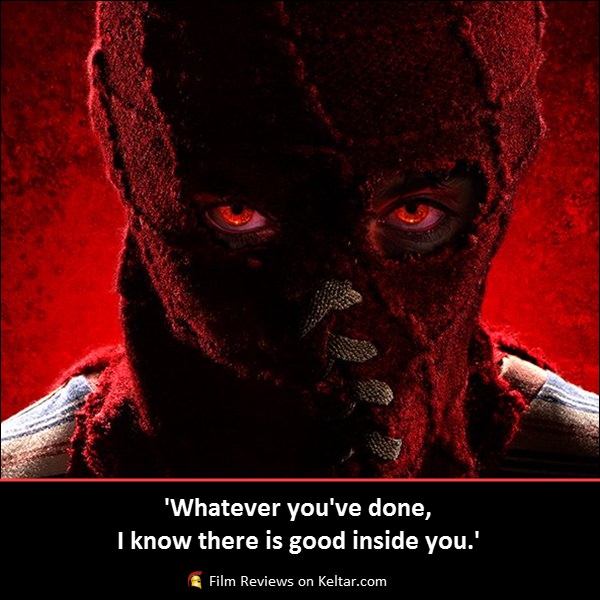 ‘A child from another world crash-lands on Earth and is adopted by the Breyer’s, who start to worry when he develops some sinister powers.’

Brightburn comes from the creative minds of Brian and Mark Gunn (brother to Guardians of the Galaxy’s James Gunn). It’s an interesting mix of the superhero and horror genre, a combination I don’t believe has ever been done before. Although the movie’s connection to the Gunn family has been plastered all over the marketing, it’s directed by a relatively unknown David Yarovesky. With only one other feature film to his name, the success of Brightburn is no foregone conclusion.

Making you wonder how they could legally get away with it, the story is literally a beat-for-beat copy of Superman’s origins. Childless couple Tori and Kyle (Elizabeth Banks and David Denman) witness a spaceship crash land near their home. When they arrive at the site they discover an infant boy and decide to take him in as their adopted son, giving him the name Brandon. As Brandon grows up however, he begins to develop superpowers, and unlike the man of steel, disturbingly uses these abilities to terrorise the local town.

A sort of what-if look at the common superhero origins. By twisting that well-known formula on its head and adding the atmosphere of a horror film, Yarovesky offers something unique. The story may feel very familiar, but the execution and outcome is very different.

Yarovesky gets a really good grasp of what it could actually be like if someone with god-like powers was raised among us. That no matter how great your parents are, those kinds of abilities would be really intoxicating, and give you a certain perspective on the rest of humanity.

Originality notwithstanding, when blending two very opposing genres like superhero and horror, it doesn’t always work. One tends to overshadow the other, or it can be too jarring. In the case of Brightburn, it’s the horror element that overwhelms. Apart from ripping-off Superman’s beginnings, Yarovesky uses that setup for the usual scary movie tropes. Brandon slots in where any other movie monster could be, like a ghost or a demon. But instead of supernatural explanations, it’s superpowers being the means for the otherworldly terror.

‘As a horror film, Yarovesky does a good job in creating an unnerving atmosphere.’

Where he falters, is by relying too much on jump scares. Any fan of the genre will see them coming a mile away, and in that sense, it’s very formulaic. That’s not to say there’s no merit in them. Having a good eye, he brings a particular flare to the movie’s visual aesthetic. The cinematography is likewise effective in presenting the unsettling nature of Brandon’s abilities within the main set pieces.

For a small budget movie, Yarovesky also makes good use of the limited special effects. Most of the time, it’s from the point-of-view of the victim, which isn’t uncommon for a scary movie. There’s no large scale finale or widespread destruction, with it being kept relatively claustrophobic and personal. Not only that, Brightburn is unabashedly gory, showing what it would really be like to be on the receiving end of heat vision powers. It’s a stark contrast to the majority of superhero movies, which are normally bloodless to keep that 12A rating.

‘What helps elevate the movie above a mediocre horror film is a couple of excellent performances from Banks and Denman.’

Banks brings a strong portrayal of a mother in denial. She’s great at displaying an authentic love for her son, while also fearing what he can do at the same time. Combined with a great chemistry with Denman, they display a believable married couple in an impossible situation.

Jackson A. Dunn plays Brandon, and he suitably fills that role of a creepy and awkward child. He does well with the material, but unfortunately, the writers don’t really make him a fully formed character. There’s potential to do something interesting, but we know nothing of his background or why his sudden change in personality. He’s purely a movie monster in which the other actors have to react to.

‘Despite it never living up to its promise, Brightburn is a different type of horror film.’

Thanks mostly by blending it with the well-known superhero origins, Yarovesky offers something fresh and original. Letting it down though, are some of the choices made in presenting Brandon, and by sticking to the basic blueprint of any scary movie, making it quite predictable in places. Besides those issues, with good acting and visuals, there’s still plenty to recommend this new kind of sub-genre.

← Toy Story 4 review – another outstanding film The Lord of The Rings: The Fellowship of The Ring review - the ultimate fantasy film →