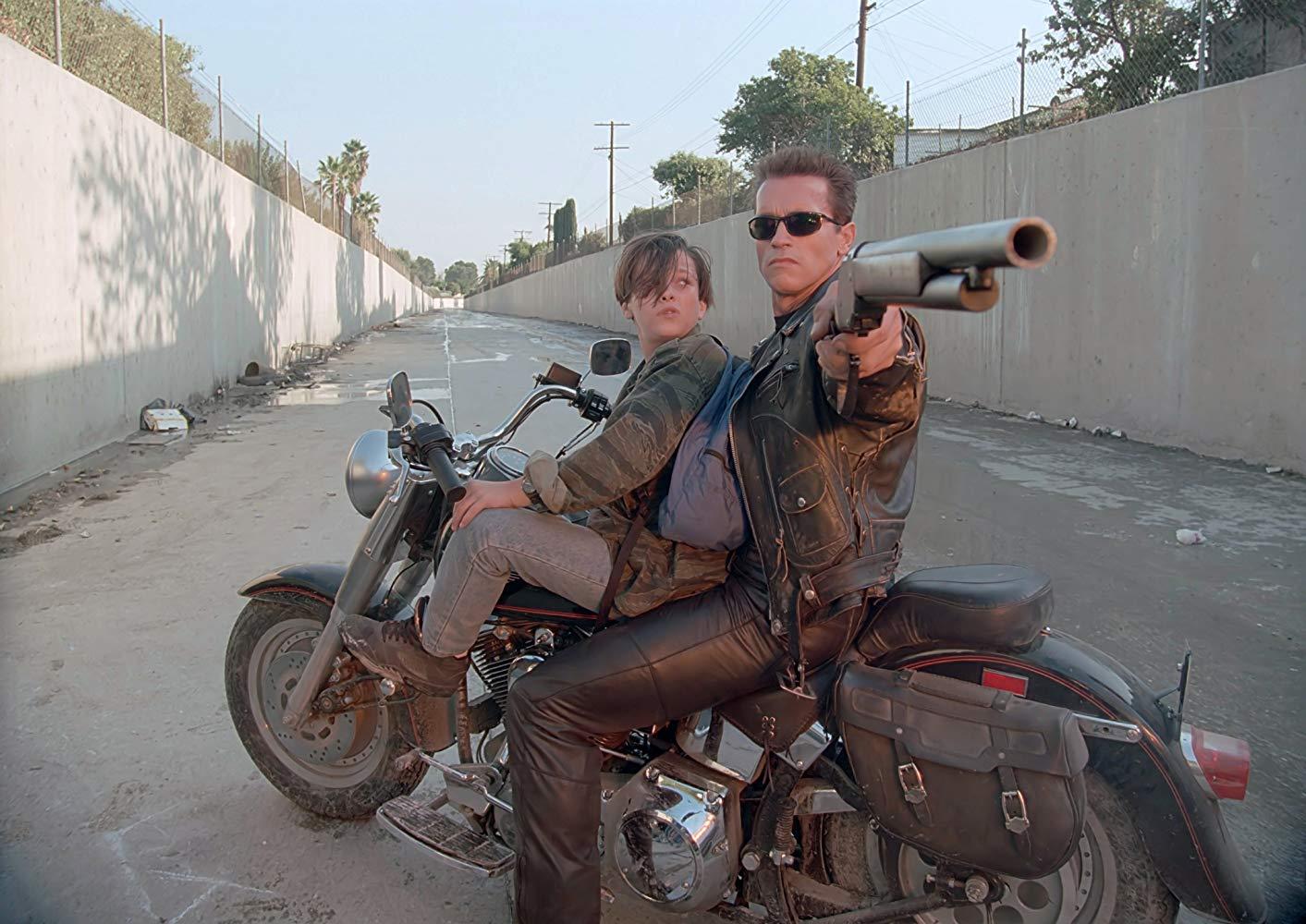 ‘Terminator 2: Judgment Day (1991). In 2049 the humans are winning the war against the machines. Skynet responds by sending another Terminator back in time to kill the child and the future leader of the resistance.’

Twenty eight years ago, James Cameron gave us one of the greatest sequels in Terminator 2: Judgment Day. Usually second instalments in movies are rarely as good as their predecessors. The fact he managed it with Aliens (1986), should have indicated that the chances of doing it again were remote. Yet despite the odds, he managed to create a film that expanded the story and characters and subvert expectations. An outstanding sequel that had no right to be as good as it was and still is.

If that wasn’t enough, Cameron also pushed the boundaries of computer technology and arguably birthed the CGI age of cinema. Pioneering tech which has become the bread and butter of special effects driven film and television. Now, with the franchise still chugging along, and with a new 3D release of Cameron’s action classic. It’s as good a time as any to go back and look at what made Terminator 2: Judgment Day so special. And to reflect on why none of the other films have been able to better it.

With his mother Sarah (Linda Hamilton) incarcerated at a mental institute. Skynet sends another more advanced Terminator called the T-1000 (Robert Patrick) into the past to kill John as a child. Like the previous film, the humans also send another protector to keep their future leader safe. Only this time, they send a reprogrammed T-800 (Arnold Schwarzenegger).

Although in some ways he has, one of the best things Cameron could have done for this film, was not to rehash the first one’s formula [The Terminator, 1984]. He smartly achieves this by bringing back Schwarzenegger’s T-800 not as an antagonist, but as the protector of mankind’s future. This switches up the character dynamics and adds something fresh to the story.

‘It also means we get one of the best villains in Patrick’s T-1000 and some awesome robot-on-robot fighting.’

Which was something the original didn’t have. Yes, it may go typically louder and bigger for a sequel, and the time travel element doesn’t really hold up. But it’s clear from the beginning that care and passion has gone into the character development and story, just as much as the spectacle.

Speaking of which, the action is some of the most intense, bold, and beautifully shot carnage you’ll ever see. Bringing with it a visceral experience that not even many contemporary action films can match. What’s more, these are old-school stunts, where a lot of what we see is in-camera and very practical. Where you can almost feel the heat off the very real explosions and flames. They certainly don’t make action films like this anymore.

‘Furthermore, it’s well paced, and within minutes we’re thrown into tense, non-stop action as the two cyborgs scramble to get to John first.’

Then a slow middle act to give the character’s a chance to breath and catch up. Before entering into a relentless third act that doesn’t let up until the end. In short, this is an impeccably structured narrative that knows when it needs to speed up and slow down.

We also can’t talk about the action without mentioning the late Stan Winston and his amazing make-up work. As the film progresses, he makes sure we see the result of every gunshot, fight and collision the T-800 sustains. With the blending of flesh and metal seamlessly done. By the end of the film, we see his pierced torso and half is metal skull is exposed, including the glowing red eye. All this looks more convincing than any CGI amalgamated face, which is the route of a lot of modern films.

‘Schwarzenegger returning as a good guy was a stroke of genius, and it’s not hard to see why.’

Considering he plays an emotionless robot, he actually brings a fair amount of personality and heart to his performance. A bulking beefcake, he’s an imposing presence cut from a different cloth of action star, and he slots perfectly into this old-school sci-fi action film. This is further evidenced by the fact that all future film’s in the franchise can’t seem to recapture the magic. Making Schwarzenegger and T2 very much a product of its time.

Having Schwarzenegger as the protagonist, meant we got one of the scariest machine villains in the T-1000. He may not have the physical presence of his older model, but Patrick is able to make up for it by portraying an unsettling air of detachment. Even though he’s able to mimic human emotion better, Patrick has a wicked stare that reads Terminator all over. Also, combined with his performance is the ground breaking (for the time) visual effects to create his shape-shifting abilities. Cameron had toyed with the technology on The Abyss (1989), but with T2, he expertly takes it further and melds metal and flesh with such skill it changed the face of blockbuster cinema forever.

It’s not just the cyborgs who get a chance to shine as both Hamilton and Furlong both do a great job as the dysfunctional Connor’s. Hamilton especially takes herself through a huge transformation for this film, physically and psychologically. In the first film, Sarah was this fragile damsel in distress, who only begun to harden near the end. But in Terminator 2: Judgment Day, she’s now become a fearsome warrior. Dedicated to seeing John become the saviour he’s destined to be, and Hamilton pulls it all off with aplomb. Furlong plays John as that typically obnoxious Nineties kid, but even he’s able to bring depth and emotion to his character (I dare you not to get all misty eyed at that final scene).

‘There’s no doubt about it, Terminator 2: Judgment Day is a sci-fi action classic.’

Not only did it continue to cement Schwarzenegger’s action hero status into the Nineties, but it paved the way for CGI to become the go-to effect it is. With good old-fashioned stunt work, fantastic practical effects, and enough firepower to arm a small country. Cameron’s masterpiece still holds up nearly thirty years later, and shows today’s film makers how it’s done. 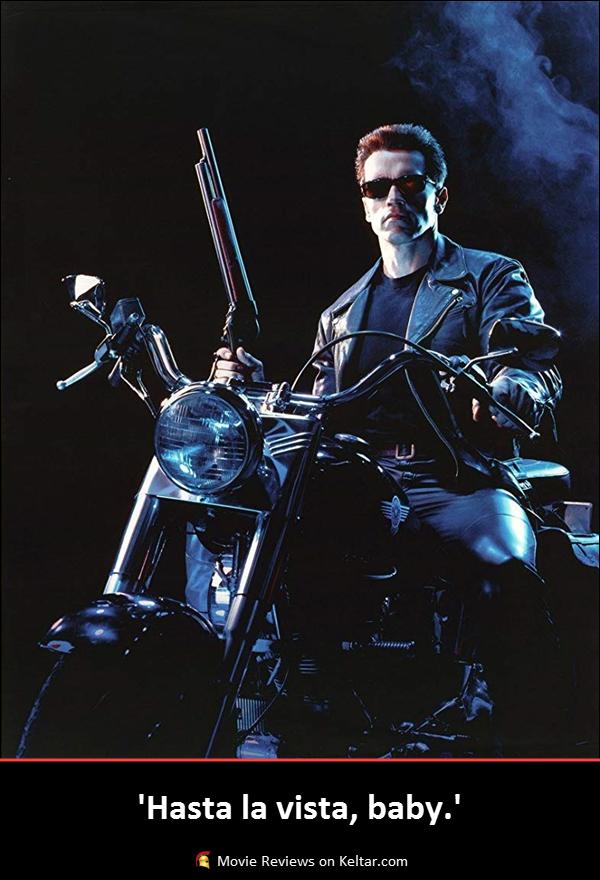