The Terminator review – an intense and superbly-made sci-fi 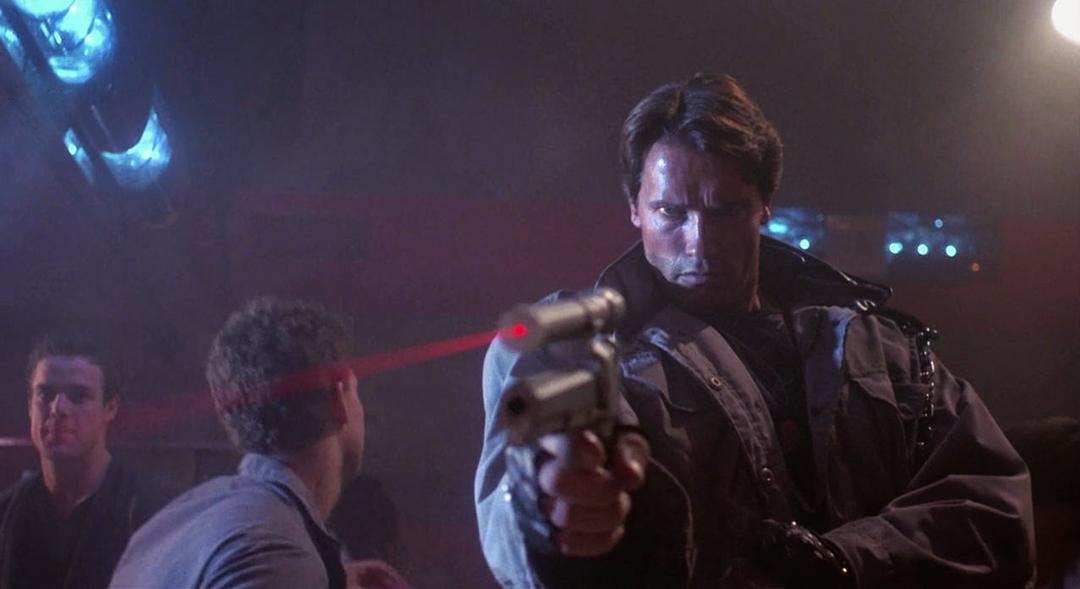 ‘The Terminator (1984). It’s a normal day for Sarah Connor until a relentless, nearly indestructible cyborg turns up. Sent from the future, its sole purpose is the terminating of her life.’

Inspired by a fever dream while working on his first feature film. The Terminator (1984) was James Cameron’s true calling card as a master film maker. Spawning a massive franchise, we’re soon be getting the sixth instalment in the form of Terminator: Dark Fate. If you ask most people however, only the original and its sequel Terminator 2: Judgment Day (1991) are worth your time. Cameron walked away after those first two movies. In his absence the films that followed, clearly seemed to have lost something. At best, you could argue some of them were mediocre.

It’s all gotten very confusing now with alternate timelines being incorporated to change storylines. But the first film was good by having a simple plot that was easy to pitch and entice audiences. In the future, machines are taking over the world, and the only thing that stands in their way is John Connor. The formidable leader of the human resistance. Unable to kill him, they send a cyborg called a Terminator (Arnold Schwarzenegger) back in time to murder John’s mother, Sarah (Linda Hamilton). The human resistance sends soldier Kyle Reese (Michael Biehn) to find her first, and protect mankind’s only hope against the evil A.I. known as Skynet.

‘Many consider T2 the best of the franchise, but really, a bigger budget and better special effects doesn’t necessarily make it superior.’

After thirty-five years The Terminator is still a solid movie, thanks largely to the minimalist approach Cameron had to take. Some of the best films are those with limited resources that force the director to improvise and overcome certain barriers. This can create some interesting and frankly better films, when the easy options are taken away and creative thinking has to be utilised. Jaws (1975), for example, would be a very different kind of film if the animatronic shark worked most of the time. All the terror and suspense would evaporate if we were continually shown this fake looking fish. Steven Spielberg used that limitation to his advantage, getting us to fear the unknown.

For a wet-behind-the-ears director, Cameron aptly does the same. He shows real ingenuity in how to rank up the tension with very little. Just through the score and cinematography he’s able to create a very tense and unnerving atmosphere. That’s not to say The Terminator is completely void of visual effects, but Cameron clearly has to be economic in what he shows. Keeping it practical, this is a physical and tangible world. Apart from some old-fashioned stop motion, the only thing that dates the movie is the analogue technology and Eighties aesthetic. That and a fake Schwarzenegger head when the terminator has to cut his eye out.

‘It’s something he’s known for now, but Cameron knows how to film good action, and shows it here early on in his career.’

Smartly building the suspense in the first act, these are nail-biting sequences. It doesn’t matter how many times you’ve seen this movie. You’ll be on the edge of your seat as Cameron keeps Sarah and Kyle constantly on the edge of being caught. There’s always a sense of momentum, and that fast pace keeps everything exciting. Car chases, shoot-outs and explosions are all applied with great skill. What’s more, with an R-rating, Cameron doesn’t skimp on the blood and gore, which just increases that intensity.

As good as all these elements are, this would be a completely different movie without Schwarzenegger’s involvement. Although he had starred in the successful Conan the Barbarian (1982), it’s The Terminator that made him into the action star he’s known for today. Arguably his signature role, it’s him that elevates this film, and he makes for a fearsome and powerful presence throughout the movie.

‘Originally Cameron wanted the terminator to be a shape-shifting entity made of liquid metal, that could blend-in and use stealth.’

Not having the technology, he would have to incorporate that idea into the sequel several years later. Instead, he goes the complete opposite with Schwarzenegger, who with his bulking physique, stood out like a sore thumb. Changing the character’s look, the Austrian body builder was the perfect choice for this more intimidating antagonist. Still fresh into the acting game, all Schwarzenegger had to do was use his natural physicality. With only a few lines, he fantastically portrays a robotic and emotionless killing machine. Augmented with brilliant make-up effects, he truly is one of Hollywood’s most iconic robots.

Hamilton does an excellent job as Sarah. She believably shows her journey from naive damsel in distress to soldier in the making. We won’t see that transformation all the way until the sequel, yet she skilfully reveals hints of the warrior she’ll become. Biehn, likewise is good with what he has to do. Always on-edge, he authentically portrays a military mentality and is highly mission-focused. Despite their differences, both him and Hamilton have a good chemistry. You’ll believe the connection they form in the short space of time they have together.

‘No matter what you may feel about the franchise as a whole, The Terminator is an important and well-made sci-fi action movie.’

Without it, Cameron and Schwarzenegger’s career trajectory might have gone very differently. We would have also missed out on the one excellent sequel it did spawn. Combined with memorable visuals, accomplished directing and a tight script, this is a fun and entertaining film that also gave us one of cinemas most quotable line: “I’ll be back”. 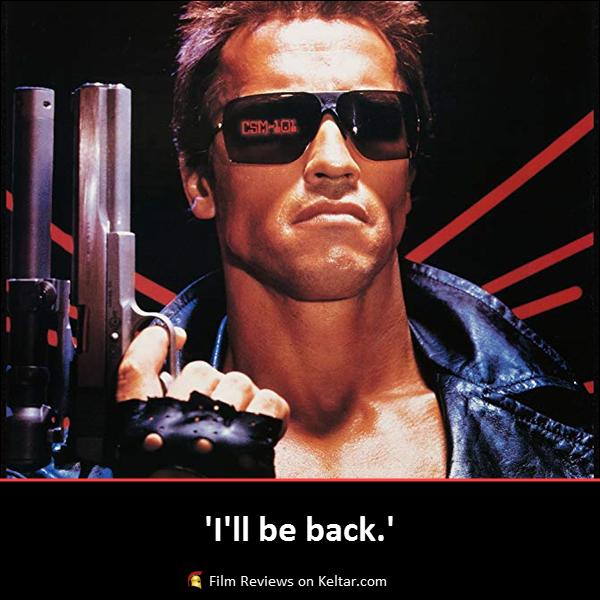