Rogue One: A Star Wars Story review – a masterfully made Star Wars tale 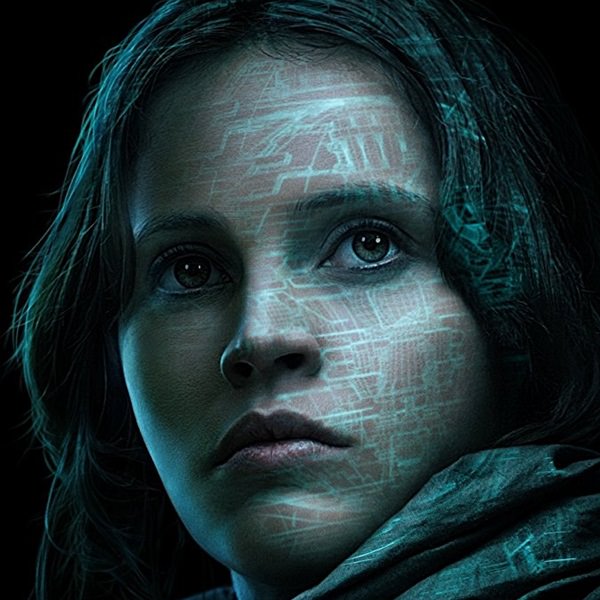 ‘The Rebellion embarks on a dangerous mission to steal the plans of the Death Star.’

Rogue One: A Star Wars Story (AKA Rogue One – original US title) directed by Gareth Edwards, is the first of what been coined the Star Wars Anthology Series, a collection of films set within the Star Wars (1977) universe that will explore different characters and storylines that don’t necessarily focus on the Skywalker’s and that well known saga.

In fact, it has been stated that these films will also explore the origins of certain characters, with the next film actually looking at Han Solo’s backstory in more detail and rumours of a Boba Fett origin story coming some time down the line. The pressure is on, therefore, for Gareth Edwards to succeed with Rogue One and to prove that there is an appetite for these stories, and to get audiences excited for these spin-off tales.

Edwards himself seems a brave choice as he only has two main credits to his name so far; the well-received indie creature feature Monsters (2010) and the, rebooted Godzilla (2014). Based on those two films though, he’s also a smart choice as they both show he knows how to balance character development with awe inspiring spectacle, which is what Rogue One will need if it is to succeed in kick-starting a separate franchise within this world.

What better way to start this series off then, but by going back to just before the events of Episode IV and exploring the story of how the blueprints of the original Death Star were first obtained before given to R2-D2. It’s a clever move as it will slot in just before the original trilogy making it a kind of epilogue, while at the same time focusing on a whole different set of characters, the focus of which, is on Felicity Jones who plays Jyn Erso.

The film opens with her father (Mads Mikkelsen) being taken away from her at a young age by the Empire to work on the Death Star, leaving her an orphan. After fifteen years she is later recruited by the Rebel Alliance to find him and retrieve the plans for this superweapon in hopes of finding a weakness. Along for the ride are an assortment of characters to aid in her mission, of which Diego Luna’s rebel pilot and Alan Tudyk’s rebel owned imperial droid are just two of many.

Overall Edwards has done an excellent job with Rogue One. There’s both something different and fresh about it, but also very familiar. Straight away you can tell a lot of effort has gone in to making this film fit within this era of Star Wars, down to the retro looking technology and one or two familiar faces (albeit some dodgy but forgivable CGI faces). It’s also an engrossing and emotionally satisfying story, even if, at times, the structure and pacing doesn’t feel that new or original.

Not only do we get to explore different worlds and landscapes, but more importantly, it adds and enhances the mythology, filling in gaps and letting us explore different aspects of this world, like seeing the inner workings of the Rebel Alliance and Galactic Empire in a bit more detail.

Edwards isn’t afraid to bring a more sombre and serious tone when compared to the episodic saga. The humour is kept to the minimum and what we’re left with is a far more moody affair than what we’re probably used to from our Star Wars films. Plus, although it is a grand space opera, Rogue One also feels more grounded and small, as if we’re watching this narrative unfold from the ground up. This all helps distinguish it though and make it its own thing.

There’s a big ensemble of character’s and many get left at the wayside, but at the heart of this story is Jones’ Jyn Erso, who goes on somewhat of a personal journey and who’s stakes are far more personal and go beyond the Rebels’ cause. This is ultimately her story and she’s another great addition of strong female heroines within this world, behind Rey and Leia.

Luna’s Cassian is basically the Han Solo character but with a bit more seriousness added to his personality; he certainly doesn’t have the swagger of Harrison Ford. Other standout characters are Donnie Yen’s blind but force-sensitive warrior, who’s probably the closest thing to a Jedi in this film, and Alan Tudyk as K2-SO, who gets some of the best lines.

Characterisation is clearly the weakest element of this film as most of the other characters don’t get fleshed out that much, particularly Mads Mikkelsen and Forest Whitaker who are wasted. Even the anticipated return of Darth Vader is more a glorified cameo (although he does get a cool scene towards the end).

Where Rogue One does excel though, is in its cinematography and action scenes. Regarding the first, it’s arguably the most beautiful looking Star Wars movie to date, with practical sets and on-location shooting presenting a very tangible and authentic world. In terms of action, there are some fantastically executed set pieces, particularly in that third act final where we have stunning aerial dog fights and a gripping battle on the beach between Stormtroopers and Rebels giving off a feel of an epic and gritty war movie.

On top of that, Edwards also doesn’t skimp on the visual effects, which are virtually flawless, as CGI seamlessly blends with practical effects to create a really physical looking universe. Even K2-SO looks so lifelike that you’ll easily forget he’s a CG character. As mentioned briefly, the only bad use of CGI is with the recreation of a certain character from the original trilogy. It’s very obvious and out of place and just goes to show that no matter how far the technology has come, we’re not quite ready to have a computer animated face alongside a real one just yet.

‘Despite the few flaws, Rogue One is an incredible achievement and paves the way for a new set of stories within this beloved franchise.’

Not only does it expand the Star Wars universe and show there are other stories to tell that don’t have to focus on Skywalkers or Jedi’s, but it can also be viewed as a prequel that actually works, and will enrich your viewing experience of A New Hope (1977).