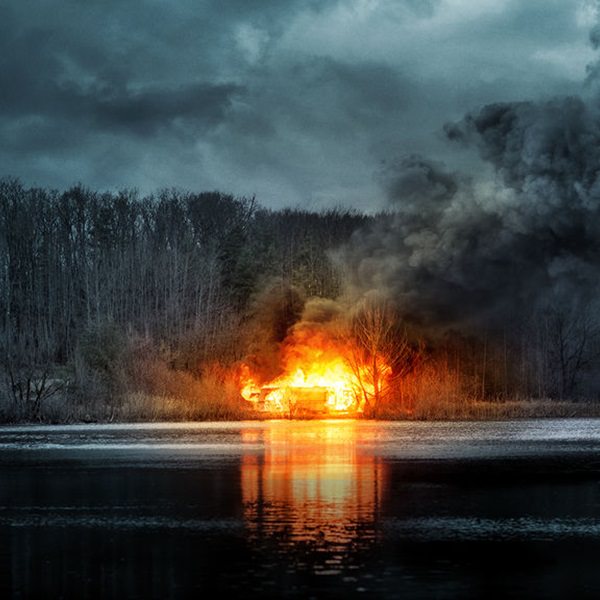 ‘Shimmer Lake is a story told in reverse, a small town Sheriff hunts down three bank robbers, one of whom happens to be his brother.’

There’s nothing quite like a good mystery film. Particularly one’s set in a small town, with a limited number of suspects for the audience to work through. What’s even more impressive is when it’s done right. Many of these kind of films exist now, and are only growing in popularity. The problem is it’s usually easy to work out who the culprit is, with The Girl on the Train (2016) being a recent example of an obvious and formulaic whodunit.

We even come into these films expecting red herrings and can easily spot them a mile away, making the whole experience boring and predictable. So when a movie comes around and actually does something surprising with the story, it feels like a breath of fresh air, and should at least be given some praise. Shimmer Lake, a Netflix original, is just such a film, and although not a perfect movie, it should be recognised as an unexpected and fresh addition to this overfamiliar genre.

Written and directed by Oren Uziel, the story is told in reverse, day by day, over the course of a week, in a small American town. Following local sheriff Zeke Sikes (Benjamin Walker), it revolves around a bank heist gone wrong, and the sheriff’s attempt to catch the three men responsible, one of whom happens to be his brother Andy (Rainn Wilson). It’s a simple story, given more complexity by its reverse narrative structure, as we already know the conclusion, but not the how and why.

Combined with the small town setting, Shimmer Lake feels like a mashup of Christopher Nolan’s Memento (2001) and every other moody Scandinavian crime thriller we all can’t seem to get enough of lately. Luckily, it’s to the film’s credit, and that tone serves the story well in this gloomy and miserable town where everyone knows each other, including the criminals and cops. The reverse storytelling device is also an inventive way of revealing what happened the night of the robbery, and with the people involved.

Unfortunately, this moody and well executed atmosphere is undermined by some misplaced, and misjudged humour. Although it has its moments, this comedic edge just doesn’t mesh with the rest of the film. For example, literal toilet humour is used at one point, which just looks out of place. Uziel seems to want his cake and eat it, when he would have been better of committing to the one genre. Some of it hits, like a running gag involving one of the deputies never getting to sit up front in the patrol car, or the two incompetent FBI agents, played by Rob Corddry and Ron Livingston, who couldn’t care less about the heist.

Walker is a solid lead, and does a good job with a restrained and deadpan approach to Zeke’s personality. He’s clearly the straight man amongst the more heightened characters, yet Walker is still able to bring a variety of shades to this no-nonsense law enforcement officer. Having him as the brother of one of the robbers also gives him personal stakes and a vested interest in this case, and he successfully conveys all this in his performance.

Wilson, on the other hand, feels miscast as Zeke’s brother. Mostly known for irreverent comedies and man-child roles, he struggles to tread that line between the dramatic and comedic, proving he really doesn’t belong in this film. Equally John Michael Higgins is another comedic actor who has no business being here.

Stephanie Sigman, as the wife of one of the thieves adds a lot of dramatic weight, bringing a nuanced performance, which is definitely something her character’s ark requires. All these serious issues the characters are dealing with are skilfully explored, but again show that maybe comedy would have been best left out of the story all together.

‘Shimmer Lake is a great mystery crime film, adding something unique with its reverse narrative structure, which isn’t always easy to. There’s solid characterisation, a fitting, moody tone, and an actual climax that’s hard to see coming. Regrettably, some of that is undone by bringing levity when it wasn’t needed, but for the most part, there’s a lot to appreciate in this small but effective thriller.’