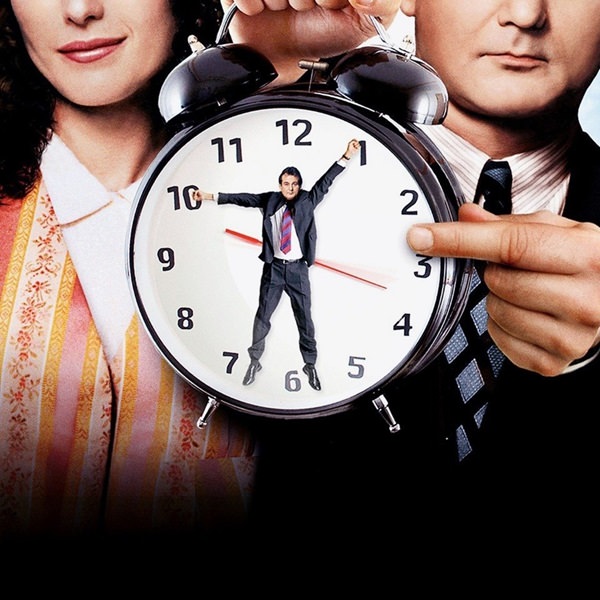 ‘Phil Connors inexplicably lives the same day over and over again. Again. He also learns the piano.’

Being caught in a time loop has been a popular narrative framework for decades, with both film and television using it with varying degrees of success. Within the last few years we’ve already had Tom Cruise vehicle Edge of Tomorrow (2014), two Netflix originals ARQ (2016) and Naked (2017), and most recently, Blumhouse horror Happy Death Day (2017) to name just a few. However, no matter how good some of these movies are, the best still has to be one of the very first to utilise this well-known plot device.

That is, of course, the late Harold Ramis’ excellent Groundhog Day, starring Bill Murray in arguably one of his most definitive roles. Back in 1993 when it first came out, this small, unassuming comedy was a moderate success, but over the years it has gained an almost cult-like following and continues to grow in popularity, where people have read into it all sorts of interpretations and themes to do with philosophy and religion. So significant has it become, that even the term “groundhog day” itself is now commonly used to represent a repetitive situation or a sense of déjà vu.

Murray stars as Phil Connors, a TV weatherman who only cares for himself and has nothing but contempt for the general public. When he goes for his annual trip to the town of Punxsutawney, Pennsylvania to cover the Groundhog Day festival, he makes no secret of his hate for the assignment to his producer Rita (Andie MacDowell). After doing the report, he quickly tries to leave the small town, but a storm strands them for another night. The next morning, Phil finds himself inexplicably repeating the previous day again, with him the only one aware. Stuck in a time loop, Phil soon learns that no matter what he does, he seems destined to relive his worst day forever, with no end in sight.

It’s a simple story really, so what is it about this film that gives it the kind of legacy it’s gained, and tower over all the other movies that followed in its wake? Well it certainly has something to do with Ramis’ script and direction. Regarding the former, he smartly offers no explanation to what causes the loop, and with no time wasted on the how or why, can focus more on the character of Phil and how he deals with the situation.

Indeed, the point of the story isn’t Phil trying to find a way out of his predicament, but more about what he does with his unwanted immortality. Ramis expertly crafts a tale of one man’s journey to slowly becoming a more altruistic individual. Realising there’s no consequences to living out the same day, Phil starts by living a hedonistic and self-centred lifestyle, then falls into despair, before gradually using his time to better himself and the townspeople.

Impeccably paced and structured, even with a lot of repetition, Ramis makes sure things are kept far from boring, which is mostly down to Murray’s presence. Never has an actor’s personality been so synonymous with a role, and clearly the character of Phil was tailor-made for Murray’s sensibilities. In fact, it’s hard to imagine anyone else filling the shoes of this cynical and sarcastic weatherman.

A lot of humour comes from his performance and the way he reacts when he works out he’s stuck in this town he hates so much. The rising panic, the realisation he can do what he wants, are all played for laughs, and Murray nails it every time with his trademark deadpan delivery. Furthermore, he deftly brings just enough of a variation to the same situations, making each one funny in different ways. Even the scenes where Phil falls into a deep depression are darkly humorous in their own right.

Not only is it a comedic performance but it’s also a surprisingly dramatic one. Everything about the way Phil deals with his unusual problem feels organic and authentic, and if we’re honest, he acts in a way we probably would. Behind all the humour and comedy, Murray is able to present a believable metamorphosis, as he slowly learns his self-serving attitudes leave an empty hole, and actually, helping others is far more rewarding.

This is where the various themes come out, and on further examination, Groundhog Day is a deeply spiritual film. As a result, a number of religious movements can glean all kinds of different interpretations from the story. Is it an allegory for self-improvement? Is he in purgatory? There’s also Buddhist concepts of rebirth and reincarnation. Really, the beauty of offering no explanation to why the time loop occurs means audiences can make up their own conclusions, and whether intentional or not, makes this a far more rewarding viewing experience. Plus, combined with MacDowell’s Rita, whose more optimistic and upbeat personality makes a great foil for Murray, this is also a well-crafted romantic comedy, equally showing the transformative power of love.

‘There’s a reason why Groundhog Day has stood the test of time. Just on the surface alone, with the perfect blend of actor and character, a witty and smart script, there’s plenty to enjoy with this seemingly light-hearted comedy. But, with a more philosophical approach to the time loop concept, it likewise has a layered quality with multiple understandings, meaning audiences can keep coming back to this film again and again.’