Back to the Future review – pure unadulterated entertainment 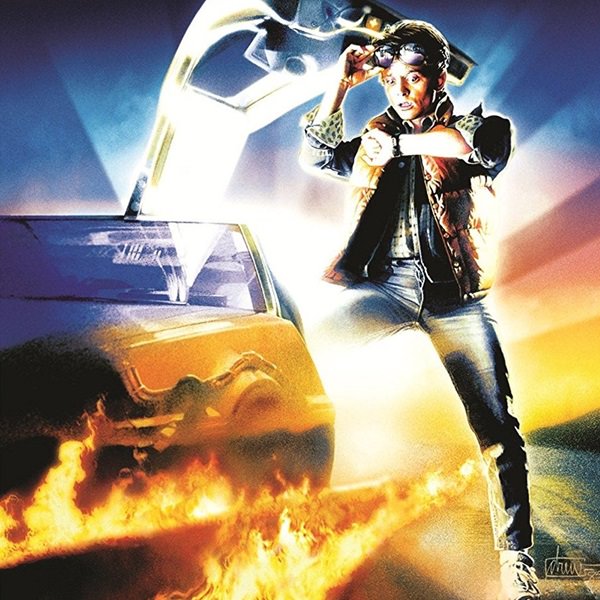 ‘High schooler Marty McFly and scientist Doc Brown travel back in time and ended up stranded in 1955.’

When it comes to cinema’s lengthy love affair with time travel, the ultimate example has to be Robert Zemeckis’ classic 1985 hit, Back to the Future. At over three decades since its release, so popular is it still, and so timeless, that it’s probably the one Eighties film that if ever it was announced that they were planning a remake, World War Three would likely break out. Indeed, this is a perfect movie, and although it spawned two good sequels, the original is considered by many, untouchable. But what is it about this film that creates such a devoted fan-base, and makes it so beloved by young and old alike?

Set in the then present 1985, within fictional town Hill Valley, the story follows high schooler Marty McFly (a perfectly cast Michael J. Fox), who enjoys nothing more than rocking out with his band and spending time with his sweetheart. Unfortunately, it all goes wrong when he gets mixed up with mad scientist Doc Brown (Christopher Lloyd), and ends up transported back to 1955 in a time travelling DeLorean. Stranded, his only hope is to get help from a younger version of the Doc. Things only get worse though when he accidentally bumps into his teenage mum Lorraine (Lea Thompson), who becomes infatuated with him. Now, not only does he have to avoid local bully Biff (Thomas F. Wilson), he also needs to make sure his mum gets together with his future dad George (Crispin Glover), before he’s rubbed out of existence.

Part of what makes Back to the Future so great, is that it has something for everyone. For example, one of the things Zemeckis does is skilfully blend numerous genre’s together, meaning you can enjoy this film on multiple levels. Normally when this is done, it’s about catering to a larger audience and more about the money, which usually results in a messy and incoherent movie that very few end up liking. Nevertheless, Zemeckis, who also co-wrote the script, balances the various genre’s on display impeccably, offering comedy, drama, romance and science fiction, all packaged around an action adventure framework that no one can resist.

It has an excellent and compelling story at its disposal, which won’t help but engage viewers. Even though there’s a lot going on with a mishmash of tone’s, really, when boiled down to its essence, this is classic storytelling at its best. You have the likable hero, a despicable antagonist, and above all, a high stakes plot which all culminates in a race-against-time finale. Not only that, but combined with Alan Silvestri’s iconic and epic score, it only adds to that nail-biting and exciting climax. What’s more, the pace is so fast and full of urgency, you’ll be too entertained to notice any of the time travel paradoxes.

This isn’t your typical head scratcher like the majority of time travel films, which usually have you pondering the nature of existence and other deep things. Rather, Zemeckis’ main focus is on making sure audiences are having as much fun as possible, which he certainly succeeds in.

A considerable amount of that is definitely down to the brilliant and funny set pieces littered throughout the movie. Marty’s escape from Biff and his goons using some mad skateboarding skills, and the iconic scene where he over-enthusiastically introduces Chuck Berry’s ‘Johnny B. Goode’ to the high school dance, are just some of the excellently executed sequences. They’re all infused with such energy and panache, you’ll easily get caught up in the adventurous spirit Zemeckis is so clearly going for.

Let’s also remember the undeniable truth that Back to the Future introduces us to one of the coolest forms of time travel in cinema and television’s history. Forget Bill and Ted’s phone booth or the Doctor’s TARDIS, because when it comes to style, the DeLorean beats them all hand’s down. Really, it says something about its durability, the fact that this eighties vehicle has been so ingrained in popular culture, that even after all this time, if you mention it to anyone, they’ll instantly think of this film.

Finally, added to all that, are the two central roles that tie it all together, and who are some of the most lovable and engaging characters to ever grace our screens. Fox is highly affable, and oozes charm as the young teenager out of his time. He’s brilliant at all the fish-out-of-water humour, yet also brings an effortless sense of coolness to his personality. Likewise, Lloyd is faultless as Doc Brown, that stereotypical mad scientist, and he brings a real physicality to his performance, showing us how to do slapstick to a tee. Despite them being two very different people, both Fox and Lloyd create a great chemistry between their characters, even to the point where you’ll forget the weirdness of a high school student and a crazy scientist being friends.

Both of them clearly carry the human element, but they’re also aided by a fantastic supporting cast. Wilson may be a one-dimensional villain as Biff, but he does it sublimely, and the same goes for Glover and Thompson, who you could argue are more caricature than character. However, everyone looks like their having so much fun being a part of this movie, that that infectious joy will easily carry over to the audience.

‘When all is said and done, Back to the Future is pure unadulterated entertainment, winning over all who see it, regardless of age. A timeless classic that feels just as fresh and fun today as it did all those years ago. With that perfect mesh of genre’s and styles, it doesn’t matter who you are and what you’re looking for, this movie will more than likely have it for you.’