Prometheus review – a grand and beautifully made sci-fi film 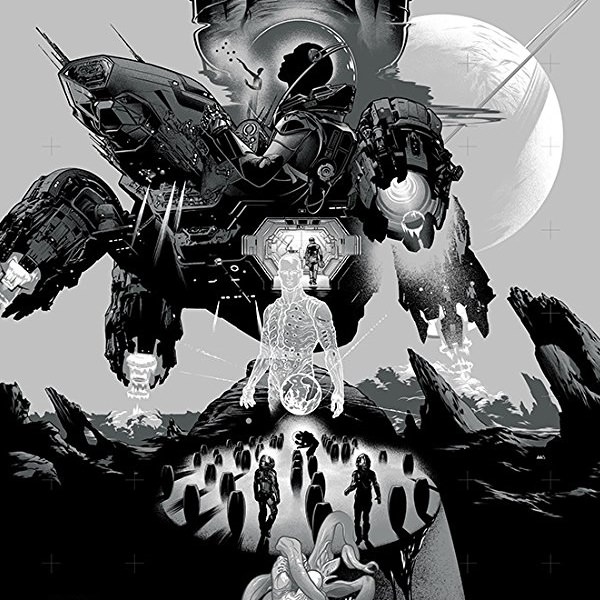 ‘In 2093 a team of explorers arrive on a moon and make a hellish discovery that leads to a fight for their own survival.’

There was a lot of anticipation for Prometheus when it came out back in 2012. Set in the same universe and thirty years before the events of the original Alien, audiences were hoping to explore some of those unanswered questions left by the 1979 classic. On top of that, it also boasted the return of Ridley Scott, coming back to the world he helped create. Similar to Alien, it also received very mixed reviews upon its release, with many unfairly comparing it to Scott’s original film, even though the director always stressed that Prometheus wasn’t going to be a prequel in the traditional sense.

He made it clear that although this film would share the same DNA, he wanted to take the story in some different directions. With that strong expectation though, there was no doubt it was going to disappoint a lot of people, who obviously just wanted a carbon copy of what came before. Since then, with the hype having died down, and taking it as a stand-alone story, there is actually a considerable amount to appreciate in Prometheus, and enjoy as a stand-alone movie.

Starting on Earth in 2089, the story focuses on archeologist Elizabeth Shaw (Noomi Rapace), discovering several star maps around the world, all from various time periods and cultures, yet depicting the same image. Believing they point to a world where the secrets of mankind’s origins can be unlocked, she convinces Peter Weyland (Guy Pearce), CEO of Weyland Corp, to fund an expedition. Four years later, aboard the scientific vessel Prometheus, Elizabeth and a team of scientists approach the planet from the maps, ready to land and discover its mysteries. Amongst the crew is also Michael Fassbender’s David, an android who might have ulterior motives, mission director Meredith Vickers (Charlize Theron), and Captain Janek (Idris Elba).

Scott did a good job with Prometheus, and he should be praised for doing something different with this well-established and long running film series. As mentioned, this certainly isn’t your standard prequel, with only one or two scenes offering any kind of connection to Alien. Instead, he seems more preoccupied on expanding the background of the “Space Jockey”, the fossilized being the Nostromo crew discovered from the original film. It was a throw away image that was intriguing but never got mentioned again until now, with Prometheus now suggesting they might very well be humanity’s makers, or engineers as they’re now called.

One of the other things the film does to make it stand out, is its stripped down to its sci-fi roots. Basically, this isn’t the scary movie Alien was, or the all-out action film of Aliens (1986), and apart from a few scenes, Scott very much sticks to the one genre. Like good sci-fi, the film also focuses on tackling the big questions the story brings up, specifically where we come from, why are we here, even delving into some theological issues of God and what it would be like to meet our creator.

Even the title Prometheus is loaded with meaning, as it eludes to the Greek Myth about the titular Titan that stole fire from Mount Olympus to give to mankind. A more thoughtful experience, it’s not hard to see why audiences struggled to get onboard with this film, when they were probably expecting a more standard monster movie.

It raises more questions than it answers, with no concrete resolutions and leaving lots of dangling plot threads. Those wanting everything tired up neatly leading into Alien, are going to be frustrated, but this isn’t necessarily a bad thing as it opens up the door for all kinds of interpretations and theories, and will be a film that gets people talking. The lack of conclusion is hardly surprising, seeing that one of the writers is Damon Lindelof, who as a showrunner for Lost (2004), already proved a big fan of mystery, and developing in-depth mythologies.

Visually, this is a stunning movie, as you would expect from a Ridley Scott film, and shows he’s still an expert when it comes to building great looking sci-fi worlds. By avoiding green screen, and building actual sets, everything feels more authentic and tangible, and there’s an eerie quality to the mysterious planet and the main structure the team are exploring. CGI and practical effects are blended really well, and although some might argue the design of the Prometheus doesn’t fit with the lived-in aesthetic of the Nostromo, this is a private, state-of-the-art scientific ship, and not an old industrial one for commercial use. In fact, we get an excellent feel of what this craft is like in one of the opening scenes where David is roaming the hallways while the rest of the crew are in stasis, proving Scott’s lost none of his flair for filming engaging sequences.

If anything, characterisation is the weakest element of Prometheus, with a lot of the crew being poorly written, and made to do stupid things just to progress the story. Elba and Theron are good but under used, with the latter particularly having a third act reveal that comes out of nowhere and serves no real purpose. Thankfully Rapace and Fassbender do a brilliant job of carrying the human and robot element of the film, and are given the most depth when compared to the rest of the cast. Rapace brings a real nuanced performance as someone who’s both a scientist, and someone of faith, yet doesn’t necessarily see those two things as mutually exclusive.

She drives the story with her obsession for answers, displaying a sympathetic person the viewer can really get behind and cheer for. Not only that, but she has a scene that’s very reminiscent of the original Alien, which will have you wincing throughout. As great as Rapace is, it’s Fassbender who’s the real standout as the android David. He gives a fastidious portrayal of an artificial intelligence who seems to be working against the crew, and is barely containing his resentment towards his makers. It’s an important role, as it mirrors the relationship between the engineers and humans, offering the audience more insight.

‘Prometheus may not have been the film people were expecting with its non-traditional approach to doing a prequel, but that’s not to say there isn’t a lot to appreciate and enjoy on its own as a straight up sci-fi. With its big ideas, grand visuals, and a couple of superb performance from Rapace and Fassbender, there’s a solid film here that needs to be re-examined as its own entity, and not just part of a bigger franchise.’