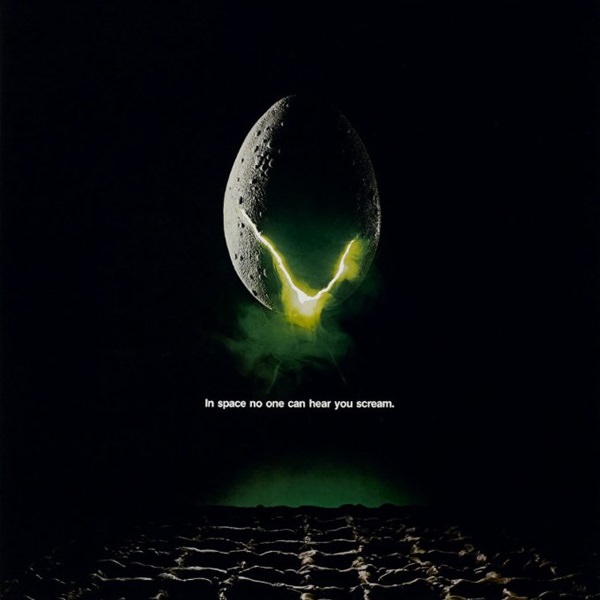 ‘The crew of a space merchant answer a distress call which leads to them being hunted by a mysterious life-form.’

Often imitated but never bettered, Alien (1979) is a masterclass in suspense horror, and is arguably the ultimate science fiction horror film. With Ridley Scott’s direction, Dan O’Bannon’s script, and surrealist artist H. R. Giger’s creature design, they managed to make a film that is truly iconic, and considered by many to be a sci-fi classic. Not only is it a brilliant standalone movie, but with some subtle world building going on in the background, it spawned one of the greatest sequels in Aliens (1986).

From there, it hasn’t stopped, and this world has continually been explored through various sequels, prequels and crossovers, becoming a juggernaut of a franchise. Without the impact of the first one though, none of this would be possible, and with so many movies still trying to copy it’s formula, now is as good a time as any to go back and explore the excellence of the film that started it all.

At nearly forty years old, I can’t imagine any self-respecting cinephile having not seen Alien, but if you haven’t, it’s essentially a haunted house film in space. Straight forward and effectively uncomplicated, the plot centres around a seven man crew on the deep-space mining vessel Nostromo, heading back to Earth. While in suspended animation they are soon awakened by a distress beacon on a nearby planet, and after some deliberation, they go to investigate. Once on the surface, they discover a derelict spacecraft with no survivors and a chamber of strange eggs. When one of them hatches and the creature inside latches itself on one of the crew, the rest, as they say, is history.

Granting the simple story, what could have been a trashy and forgettable B-movie, is actually elevated to greatness by excellent visuals, detailed production design, and tons of style. That’s not even mentioning the alien itself and a fantastic ensemble cast. All this is really down to Scott’s superb direction, and considering Alien was only his second feature film, he was clearly not interested in making a sub-par creature feature or compromising his vision. Obviously a man ahead of his time, initial reviews were somewhat mixed, and it’s only in hindsight we can see this film for the classic it is. This wouldn’t be the only time either, proving it again a few years later with Blade Runner (1982), another film of his that’s lauded today but wasn’t appreciated at the time of its release.

Starting with the look and feel of this world that Scott created, the Nostromo is a grimy and dank space-craft. It’s a stark difference from the sleek and shiny technologies of Star Trek and 2001: A Space Odyssey (1968) which, at the time, were very optimistic and idealised predictions of mankind’s future. Scott was in fact one of the first film makers to present a really lived-in and gritty future, and it fits in with the retro looking technology. Even the characters are average everyday types, who have finished working a job and just want to go home. So yes, although set in the future, this place and these people are still able to feel completely grounded and relatable.

As a horror film, Scott also proves capable. He perfectly paces Alien, knowing exactly how to hold that suspenseful atmosphere and build the tension to nerve-shredding heights. Combined with Jerry Goldsmith’s eerie and otherworldly score, and Derek Vanlint’s claustrophobic and moody cinematography, it all helps to immerse us into this world, giving the audience a real vicarious experience. Taking his time, Scott slowly sets up this environment and characters, where the alien creature doesn’t make an appearance until a good hour into the runtime. That patience pays off though with one of the most iconic scenes in cinema history, which sets the tone for the rest of the film as this intense battle for survival, and will have viewers on the edge of the seats.

On top of all that, the alien (commonly known as the Xenomorph) was, and is, one of the most terrifying creatures ever to be committed to celluloid. After all this time, we’re still getting films made about these gruesome beasts, which says something about the impact they’ve had over the decades. In fact, ever since Alien was released, the Xenomorph has seeped into popular culture, and weather you’ve seen the films or not, is one of the most well-known and recognisable movie antagonists around. Unsurprisingly, they’re usually cited as one of the best movie monsters, but what is it about these savage lifeforms that make them so memorable?

Well, it certainly has something to do with its design. H. R. Giger’s mixture of the biological and mechanical brings a chilling and disturbing look to the Xenomorph, with those second set of retractable jaws just adding another deadlier element to an already horrific organism. More than that though, it has to be the way the alien kills and its parasitic lifecycle that will truly get under your skin. There’s something almost perverse about the way this creature violates another life for propagation, tapping into deep-seated fears on a psychological level. There’s no denying its ability to get audiences squirming in their seats, and feeling as uncomfortable as possible. The way Scott shows restraint, only revealing enough of the alien so as not to lose that suspense (or to see that it’s obviously a man in a suit), is expertly done.

If the Xenomorph is one of cinema’s greatest movie villains, then equally, Ellen Ripley has to be one of its greatest heroines. Sigourney Weaver does a phenomenal job as the tough-as-nails Ripley, showing a great resourcefulness and inner strength, yet simultaneously displaying authentic vulnerability, where the terror on her face is utterly convincing. Looking back now, she holds that franchise together, but back in the original film, it wasn’t that clear we we’re watching a hero be born. The beauty of Alien is that Scott surrounds himself with such a brilliant cast, and gives them all equal time, that it’s never made clear who the true protagonist is until the final act. You genuinely are left in the dark to who will make it in the end, which is rather refreshing considering a lesser director would make it boringly predictable, with no real surprise to who will survive.

‘Alien is possibly the definitive combination of horror and science fiction, presenting something truly original that has never been bettered, let alone equalled. Not only did it put Scott and Weaver on the map, but it also spawned a franchise that is still going strong and shows no sign of slowing down. All the praise its gained over the decades is completely earnt, showing this is a film that has stood the test of time, and is still being recognised for its brilliance today.’