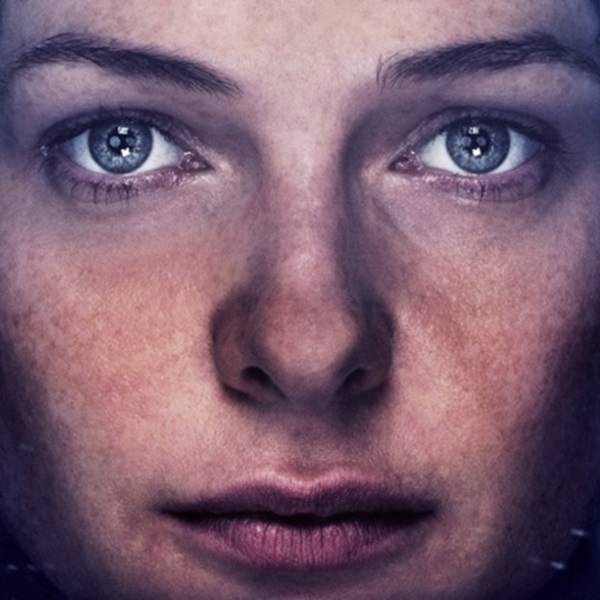 ‘The crew of the International Space Station discover the extraterrestrial life form that destroyed life on Mars.’

Ever since Ridley Scott terrified movie goers with his sci-fi chiller Alien back in 1979, film makers have been imitating that template for decades with various degrees of success. It’s a popular formula, and there’s just something about the simplicity of an isolating environment, a small group of people, and a deadly creature on the loose, that can keep audiences gripped and on the edge of their seats.

Other films like The Thing (1982) and Predator (1987) are also examples of this structure being used to great effect. Life, directed by Daniel Espinosa, now joins their ranks, and is the latest in this long line of similarly themed sci-fi horror’s.

Clearly referencing Alien and using it as a starting block to build upon, Espinosa happily wears his film’s familiarity on its sleeve for all to see. Although it comes nowhere near to surpassing Scott’s classic, or those other films mentioned, it is still a sufficient and entertaining movie, ticking all the boxes it needs to tick, and presenting an enjoyable albeit typical film of its nature.

The plot follows a group of six scientists and astronauts on an orbiting space station, who are tasked in picking up a probe from Mars containing samples. Amongst those samples, is extra-terrestrial life in the form of a single cell organism, which they plan to study before bringing it to Earth. What started out as an exciting adventure of discovery though, soon turns into a fight for survival, as this lifeform begins to rapidly grow in size and hostility, putting not only the whole team in danger, but even mankind.

Simple and straightforward, it’s a story that’s common to these kind of films, and therefore, how it’s executed will determined how good it is. Focusing on elements like the creature design, the setting, the visuals, and to a lesser extent, the characterisation is what’s going to help it stand out amongst the vast sea of creature features. Thankfully, Espinosa delivers on most of these and offers a film that fans of this genre will certainly enjoy. Not a classic in the making by any means, but Life has enough going for it to justify its entry within the sci-fi horror.

The space station proves a suitable setting. Contained and claustrophobic, it’s an environment ideal for the crew to be picked off one by one. The design looks both futuristic but realistic, setting the story somewhere in our near future, and not beyond the viewer’s grasp that this could actually happen. Typical science fiction tropes are kept to a minimum, where there’s no talking computer or anti-gravity system like many sci-fi films set in a space ship, making the danger even more real and tangible.

We also get a real feel for this station right from the beginning, where Espinosa introduces us to everyone and their home through a pre-credits scene filmed in one long tracking shot. Cleverly done, he moves the camera all over the place, including spinning it upside down, bringing us in to the dizzying effects of living without any gravity. Speaking of which, the effects of presenting this zero-gravity environment are done so well, and seamlessly blends in with the characters day to day existence, that you just accept what you’re seeing.

Espinosa competently uses his environment, making use of every crook and cranny to build tension and keep the suspense high. This is further helped by having a particularly effective monster at his disposal, dubbed ‘Calvin’. A cross between the face-hugger from the Alien franchise, and a squid, this terrifying organism dispatches its prey in a icky and gory fashion, easily putting audiences of their food. Brought to life by CGI, it’s a fast and deadly creature, and is one of the better monsters out there in the world of cinema. Saying that, Espinosa ditches the less-is-better approach of films like Jaws (1975) and keeps ‘Calvin’ visible throughout, which by the third act does dampen that tense atmosphere he had manged to create in the first two.

In many of these contained monster movies, it’s usually the characters who get left at the wayside, and are usually just there to be monster food. Fortunately, Life has a strong cast, and everyone does a great job of fleshing out their characters enough for us to care about them. Rebecca Ferguson and Jake Gyllenhaal particularly give great performances and are the most interesting characters. Equally, Ariyon Bakare as the biologist studying ‘Calvin’ brings some real depth and layers to this scientist who has a vested interest in this life changing discovery. Ryan Reynolds is really the one who gets short changed; he’s good, but is basically that rebel pilot we’ve seen in a number of these films.

‘Although you’ll be thinking of the films that have inspired it, Life is still a solid film with plenty to like about it. With brilliant visuals, a creepy and gruesome alien, and some strong characterisation, there’s enough there to help it stand tall on its own.’

← Get Out review - a terrifying but hilarious social horror Ghost in the Shell review - a stylishly made, and spectacle filled sci-fi →