Get Out review – a terrifying but hilarious social horror 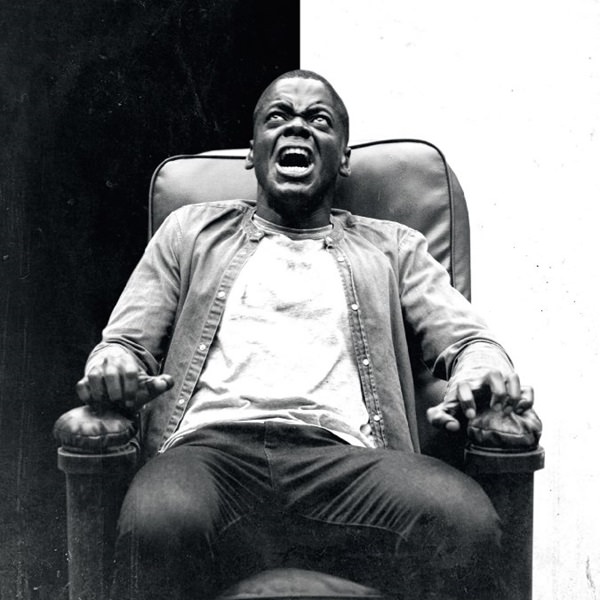 ‘A young black man visits his white girlfriend’s family where he learns their horrific secret.’

For his directorial debut, Jordan Peele’s Get Out is a fantastic horror comedy with a really unique story, and something different to offer. The plot, which was also written by Peele, follows Chris (Daniel Kaluuya), a young black man who has been seeing his white girlfriend, Rose (Allison Williams), for five months. Reaching the meet-the-parents stage of the relationship, they go away for the weekend to meet Rose’s family for the first time.

Once there, what first seems like awkwardness to their daughter’s interracial relationship soon turns into something far more malevolent and frightening than Chris could ever have imagined. To say anything more would spoil this taut, and well directed thriller, and the colder you go in, the more you’ll enjoy and appreciate this film.

When it comes to horror films, the good ones don’t just rely on thrills, scares and gore, but can tap into something more, and make a social comment about the culture we live in. Fortunately, Get Out does just that, approaching the subject of race and exploring racial tensions in twenty first century America. Packaged within the horror genre, Peele takes that topic to a really weird and unexpected place, yet is still able to say something relevant about the changing dynamics of racism in our so-called age of tolerance.

He even puts forward the idea that people can be just as ignorant today towards issues of race and fall on basic stereotypes when it comes to the colour of someone’s skin. This is shown most clearly with the interactions Chris has with Rose’s family and friends. It’s both funny and cringe worthy as they change the way they talk to him and make basic assumptions about his background and life.

Those thinking that this sounds all too serious and heavy, needn’t worry though. Peele, whose well versed in comedy thanks largely to his writing work on shows like MADtv (1995) and Key and Peele (2012), undoubtedly knows how to write a fun and entertaining film. In particular, there’s a substantial amount of comedy to be found throughout the film, which is well-placed and executed, and surprisingly, never undermines the horror elements.

Many a film maker, when blending these two genres, have struggled to balance the tone, and usually end up leaning on one side more than the other. Yet, Peele manages to hold these two elements in perfect tension, making Get Out not only a terrifying film, but also a very funny one.

As a scary movie it certainly succeeds. Even though it might fall into the trap of using typical jump scares, which is a staple of the genre, they are used sparingly, and are effective nonetheless. Instead, Peele focuses on, and competently builds a sinister atmosphere that keeps an undercurrent of foreboding. Everything about this isolated community is slightly off and doesn’t feel right, and it progressively gets worse as the story goes on.

Inspired by films like The Stepford Wives (1975) and Rosemary’s Baby (1968), Peele masterfully follows a similar pace, as reveal’s are slowly drip-fed to the audience, helping crank up the tension right to the final act. On top of that, this unsettling mood is heightened by a really unnerving score, that is very effective at getting under your skin. With some harsh violin strings gnawing at the senses, it all contributes in keeping you on edge, and just as uneasy as the main character.

After proving his worth in the first series of Black Mirror (2011), Kaluuya transitions into leading man territory. He is fantastic as Chris, and is the glue that holds the whole film together, bringing a really grounded performance amongst the more exaggerated characters, and adding a lot of depth to his role. Indeed, it seems a risk having just one main protagonist in a horror film like this. Normally you would have a few people as cannon fodder, to see picked of sporadically. Kaluuya infuses Chris with such likability though, and is so compelling, that you’ll be cheering for him from beginning to end.

Unlike your standard scary movie characters, who do silly and unintelligent things that get themselves killed, Kaluuya plays Chris smart and resourceful. It’s a breath of fresh air to have a more believable, switched-on character, giving the film another reason to stand out amongst this overpopulated genre. In contrast, Lil Rel Howery as Chris’s best friend Rod, is equally great, but more when it comes to bringing the humour, and almost steals the film. Essentially a comic relief character, he gets some of the biggest laughs, and yet, ends up being just as important to the film’s success as the more fleshed out hero.

The more frightening side of Get Out belongs to Rose’s parents and their odd friends. Bradley Whitford and Catherine Keener are excellent as the creepy couple who seem to have ulterior plans with Chris, other than just welcoming him into the family. They do a superb job of walking that fine line between being innocently awkward and tactless around Chris, to something more maniacal and unsavoury.

‘Although it relies on some of those classic horror tropes, Get out is able to transcend them all with self-awareness, and a satirical edge. An incredible debut from Peele, it shows he’s a director to watch out for, and certainly has a future behind the camera. With strong performances across the board, a fantastically balanced tone of horror and comedy, and an original perspective for a scary movie, he has provided a film that will truly terrify us, get us to think, and make us laugh, all at the same time.’