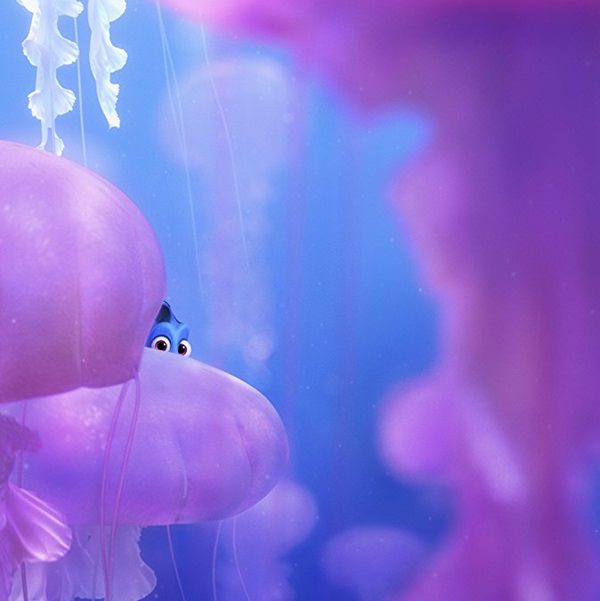 ‘The wide-eyed, lovable Dory is off on an adventure to find the family she forgot about.’

In continuing their recent trend of releasing belated sequels and revisiting beloved characters from there back catalogue, Pixar are now giving us Finding Dory, which is the follow up to the excellent 2003 Finding Nemo. Although it has been thirteen years since the original, Finding Dory is actually set only a year apart and as the title suggests, focuses on the very forgetful Dory. It seems a smart move as she was definitely the breakout character from the first film, but the question is, can she hold a whole movie on her own?

The answer to that is a resounding yes as Pixar gives us another great film all the family can enjoy. As the title suggests, Finding Dory centres around the forgetful Blue Tang who, after finding some kind of solace with Marlin and Nemo begins experiencing memories of her parents and realises that they’re still out there somewhere in the vast ocean. Convincing her friends to come along she sets on a journey across the sea to find her family. However, along the way she gets herself separated and trapped in a marine life institute where she meets an assortment of marine wildlife.

It’s not just a fun and entertaining film but it’s another emotional story which Pixar have become well known for. There’s no other studio quite like Pixar that are able to pull at the heart strings like they do and get you emotionally engaged and really invested into the story and characters.

Also similar to trend is that Andrew Stanton’s film touches on some rather adult themes like dealing with loss, living with a handicap, and isn’t even afraid to tackle a topic like death either. This makes it not just a great children’s film, but a great film in general as it transcends its target audience so even an adult on his own wouldn’t feel out of place watching this film.

What also makes it great, especially as a sequel, is that it’s not just a repeat of the first film. It would be so easy for Pixar to just sleepwalk through the production of Finding Dory and take no care in its making, knowing as a follow-up to a beloved original that it would more than likely make money either way and would be a quick buck.

Rather, Stanton shows incredible love to this world and instead of repeating the narrative beats of Finding Nemo, decides to focus on Dory and expand her story as we find out more about her background and what she was up to before she met Marlin and Nemo. It’s a tragic and sad tale that we find out about in the first five minutes and follows Pixar’s recent habit of grabbing your heart at the very start of their films and not letting go.

Where the film does falter slightly is when Dory finds herself in the Marine Institute as she stumbles from one set piece to the next, trying to navigate the environment in the hopes of finding her family. It’s just nit-picking but Pixar are normally better than this basic children’s film troupe where a constant array of fast paced and highly kinetic scenes are used to keep the younger viewers attention. So many other animated films rely on this technique, which is great for the kids but usually disengages the grownups. Fortunately, Stanton doesn’t rely on it a lot and through Dory’s exploration around the aquarium we get to meet a variety of interesting characters.

Speaking of which, the voice cast are all great and are perfectly suited to inhabit there characters, particularly Ed O’ Neil’s Hank, a grouchy Octopus with a heart of gold. Even Idris Elba (who seems to be taking every voiceover job going this year) shows off his funny bone in a few short scenes as Fluke the Sea lion.

Ellen DeGeneres’s Dory is the heart of this film though and she brings real warmth and empathy to the character making you really care for her and get really invested in the search for her parents. Her and Marlin (Albert Brookes) also portray great chemistry, presenting a really authentic friendship with all the ups and downs that come with such a relationship.

Worth mentioning as well is the animation as you can clearly see the advance of the technology since the original. This world the team of animators have made is beautifully rendered and the detail gone into creating these environments is astounding, which also aids in sucking you into the story.

‘Although another sequel, Finding Dory has got more than enough going for it.’

It has enough action and fast paced hi jinks to entertain the kids and has plenty of gags for all ages to enjoy (and even some only the adults will notice). Also, with a wonderfully heartfelt story and some great characters, there’s no denying that Pixar have got another winner on their hands.