Jason Bourne review – an adequate repeat of what came before 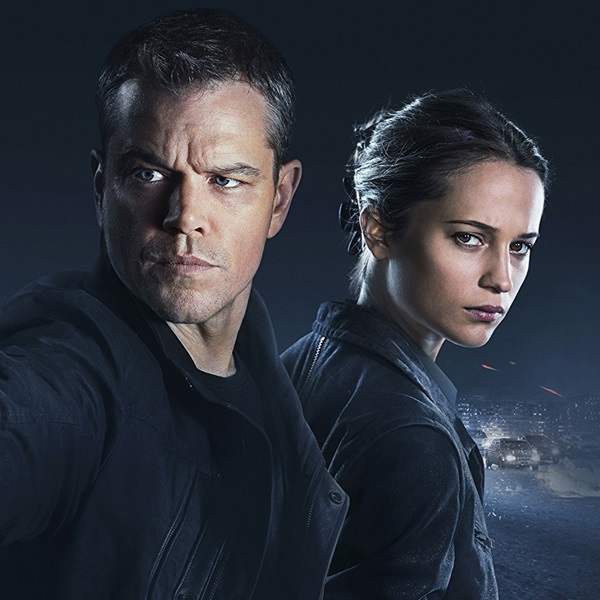 ‘Jason Bourne resurfaces onto the global stage but no one knows why.’

After 2012’s poorly received and obvious cash grab The Bourne Legacy (2012), Paul Greengrass and Matt Damon return to the franchise that they helped make. After categorially saying no on various occasions when asked about the possibility of returning to this world, it seems that Paul Greengrass and Matt Damon couldn’t ignore the call from the fans for them to fix what The Bourne Legacy had broken, and fixed they have.

In fact you could quite easily ignore The Bourne Legacy, as it branched out and followed a different set of characters loosely connected to the same world. Instead Jason Bourne follows on from the excellent Ultimatum and revisiting the character we actually care about, this is the Bourne film we’ve been waiting for.

Picking up ten years after the end of The Bourne Ultimatum (2007) we find our ex government assassin lying low and getting by as an underground bare knuckle fighter. It’s only when his former CIA contact, Nicky Parsons (Julia Stiles), contacts him for help that all hell breaks loose and Bourne must, again, become the perfect assassin to evade capture by the agency, led by shady Director Robert Dewey (Tommy Lee Jones), and find out the real truth about his past.

It’s a solid story for the most part and Greengrass gives us all the classic hallmarks we’ve come to expect from a Bourne film: globetrotting, car chases, hand to hand combat using everyday items, shaky cam, and people intensely looking at screens. We also have a contemporary side plot added, with mixed results, involving global surveillance through a social media platform which gets tied in to the main narrative.

What aids this story though is Matt Damon’s performance. Even after all this time, Damon slots back into that role easily and even adds a bit more heart and humanity to the character. After nearly a decade on the run, he also does a great job of showing the toil that’s had on him, mentally and emotionally. He’s very good with the action beats as well, making it very easy to believe that he’s still just as deadly and dangerous as he was all though years ago. All the other cast are fine but it’s clear from the start, that this film hinges on Matt Damon as Jason Bourne.

Most of the other characters are repeats of what’s come before. Tommy Lee Jones’ CIA Director is just another version of Chris Cooper and Brian Cox from previous films, and Vincent Cassel’s assassin, although given some back story and personal motivation for going after Bourne, is just the same as the other black op soldiers that have gone after him in the past.

Alicia Vikander’s CIA analyst is given some nuance and ambiguity to what her true motivations are and some plot threads involving her are left dangling, which either means they’re going to be explored in a potential sequel, or that Greengrass’s and Rouse’s script hasn’t fleshed her out and comes off as underdeveloped. None the less, all this seems very similar to what we’ve seen before but through Damon’s Central performance, we get a fresh look into Bourne’s past and understand some of his motivation to why he joined the Treadstone program from the original film.

Greengrass proves once again that he is the champion of high-octane, visceral action and an expert in using the shaky cam-quick editing technique synonymous with the Bourne franchise. In fact, rarely is shaky cam used well and is mostly done to hide dodgy stunt work, but, when used well as Greengrass has, is a great way of throwing us right into the action and adding a level of grit and realism some of the other slick and polished blockbusters are sometimes lacking.

Not only has Jason Bourne got great action set pieces which are well executed, but it is also action packed. Within the first ten minutes we have a lengthy chase scene through a crowded and rioting Athens, and from there it never really slows down with each scene only getting bigger, finally culminating in an immense car chase through Las Vegas, which even the Avengers might consider a bit much.

‘Although a vast improvement on Legacy and by no means a terrible film, Jason Bourne is still the weakest of the Matt Damon films.’

It has some great action scenes which are definitely on par with its predecessors. It also has a compelling main story with its focus on Bourne and his pursuit of the truth, but unfortunately, it is brought down by over familiar and underdeveloped characters and a underwhelming side plot which stalls the film whenever it’s in play.