The Ritual review – spooky and unsettling 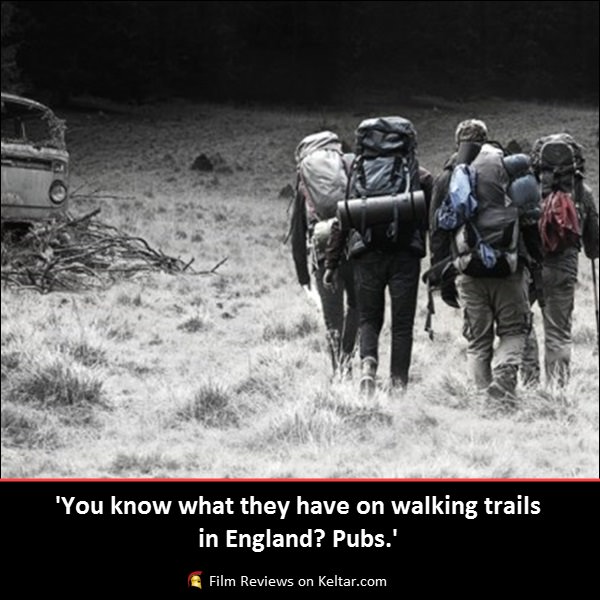 ‘Four friends reunite and take a walking trip through a forest only to find a dark presence is stalking them.’

Mostly known for directing segments on horror anthologies, David Brukner gets his first full scary movie with British film The Ritual. Set in the Swedish countryside, the story focuses on thirty-something friends Luke (Rafe Spall), Hutch (Robert James-Collier), Dom (Sam Troughton) and Phil (Asher Ali). After one of their friend’s dies in a robbery gone wrong on a night out, they decide to go on a hiking trip in honour of him.

Typically, when one of them gets hurt, they decide to take a shortcut through some ominous looking woods. From then on, things go from bad to worse when they discover pagan markings on the trees and disembowelled bodies. While also having a strange feeling of being hunted.

Clearly not breaking any new ground in the horror genre by a long stretch. The Ritual is still a well-made solid movie nonetheless, and does its intended job as a scary movie. Although the basic outline of the plot is something very familiar. The finer details actually feel quite different and fresh.

We’ve all seen a group of people get lost in the woods and get picked off one by one loads of times, but Bruckner still uses it to ghastly effect.

You could argue it’s basically the Blair Witch films, just packaged as a standard third person format instead of found-footage. But again, does it really matter, when it does its job of terrorizing the audience.

With any successful horror film, a lot of it comes down to the cinematography and atmosphere, and fortunately, Bruckner does superbly in that area as well. What’s more, he has a great location at his disposal, and executes it all with horrifying efficiency. Everything about this environment feels uneasy and unsettling, and when the characters go down into the woods, it only gets worse. Bruckner manages to squeeze every ounce of fear from the area. Combined with some unnerving sound design, it will certainly keep you away from mother nature for a while. He competently musters up a suppressive, claustrophobic and paranoid mood, creating an environment where your mind will be constantly playing tricks on you, and give you a feeling of suffocation.

The story is well paced, where he slowly builds the tension, keeping a suspenseful tone throughout and keeping cheap jump tactics down to a minimum.

Even though that queasy atmosphere is slightly undone by revealing to much of what’s going on and descending into a more clichéd horror finale. It can’t undo the excellent directing that came before. This is all enhanced by some well-written characters who aren’t your typical horror tropes. By having them as a group of men in their thirties looking for some adventure away from their humdrum lives, adds something fresh to the mix. For the most part, they don’t do silly things just to create extra scares and propel the story, They actually feel well thought-out and developed. The fact they are on a trip to honour a fallen comrade brings extra depth and complexity between the relationships of these old friends.

All this is down to the brilliant performances, and the chemistry they create between the four leads. Spall is the standout as the guilt ridden Luke. He does a great job presenting a believable and everyday man, warts and all. Not heroic in any sense of the word, but through this intense situation, he finds the strength to fight, and it feels real. It’s a great transformation he goes through, and he brings authenticity to this flawed but loyal friend. The rest of the cast all do good work with their roles, and are all good at showing how shredded their nerves are. Including the strain that puts on their friendship the longer they’re trapped in the woods.

‘The Ritual is a solid horror film, despite the familiar concept of being lost in some spooky woods. Mixed with skilful directing, cinematography, sound design, and an eerie score. He has managed to build a nightmarish scenario that will have your eyes uncomfortably glued to the screen. If that wasn’t enough, but with good characterisation, be prepared to actually care for these people and want them to survive. Making this film better than your average scary movie.’ 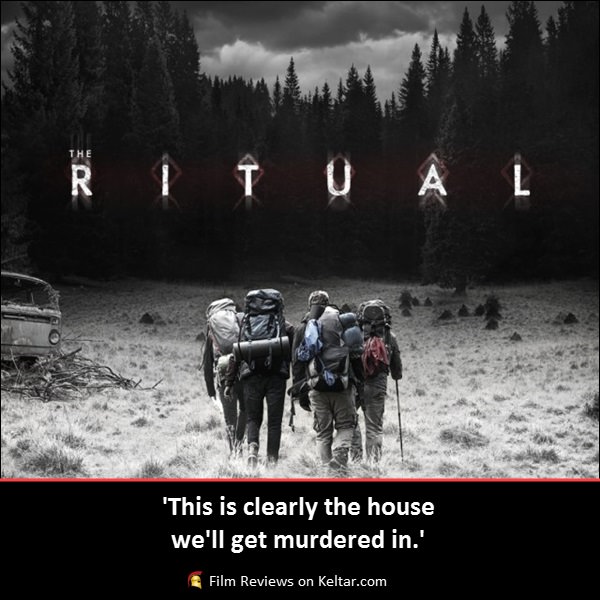 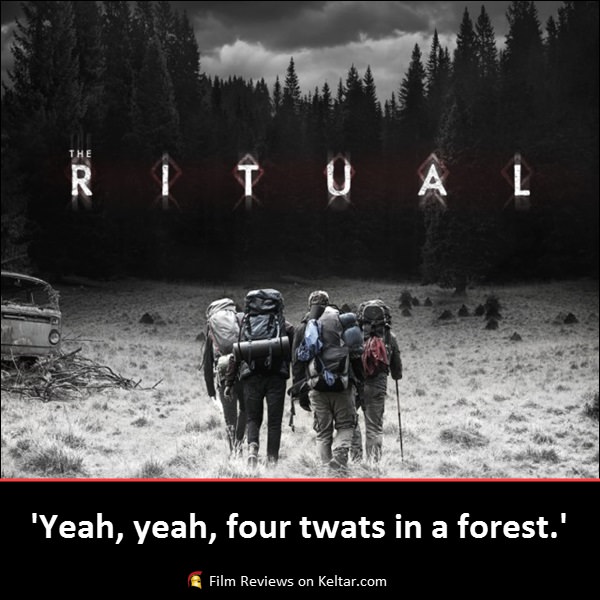