The OA review – a weird and wonderful series 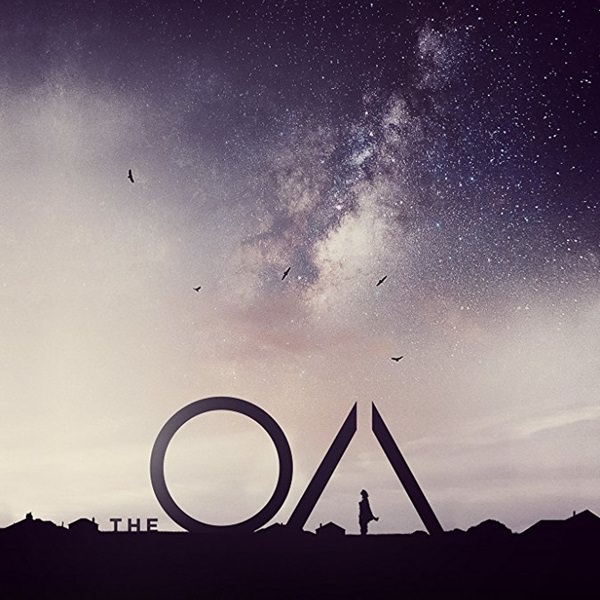 ‘A young woman missing for seven years suddenly reappears in town but is reluctant to tell anyone where she’s been and what actually happened.’

Only on Netflix would a series like The OA ever be commissioned. So out-there is it and utterly bizarre, I can’t imagine any traditional studio giving this very niche show a chance. Truly, the streaming giant proves the perfect home for this mysterious series. Where a small but dedicated fan base can grow and become its biggest advocate. Part of its limited appeal is definitely due to creators Brit Marling and Zal Batmanglij not committing to one genre. Rather, they blend several seemingly opposing styles together to make something weird, wonderful and hard to pin down. They tackle a variety of genres, including science-fiction, fantasy, mystery, drama and supernatural. Ambitiously meld them all together to create something almost unprecedented.

There’s no way to talk about this without some minor spoilers, but the fresher you go into this series the better you’ll appreciate it. The story centres around a young woman named Prairie Johnson (Marling), who reappears in her home-town after being missing for seven years. Now calling herself “the OA”, she’s evasive about where she’s been and what happened to her. Even stranger, is that she can now see, whereas before her disappearance she had been blind for most of her life. Struggling to re-adjust back to normal life, she gathers around her five very different people to tell them her story. What they don’t realise however, is she’s preparing them for a secret mission that revolves around the seven years she was gone.

Everything about The OA is so strange and experimental that it’s clearly going to result in a very divisive reaction. For every person that loves its ambitious and unconventional style, there will be another who will equally be infuriated for those very same reasons. Nonetheless, if you can go along with what Marling and Batmanglij are doing, you will probably enjoy this bold show that refuses to follow the rules of traditional television. They even make the most of the streaming platform, not worrying about things like creating natural breaks for adverts or when a title sequence occurs. The length of each episode can also vary, with some being as short as thirty minutes, to others almost at feature length.

This is a show that really pushes the envelope when regarding its story. In fact, the creators seem unafraid when it comes to the outright insane concepts it deals with. Most of the plot is structured through flashback, where Prairie is recounting her life story and what happened while she was missing. It’s through these scenes involving Jason Isaacs’ mad scientist that Marling and Batmanglij tackle some really fantastical ideas. Themes like near-death experiences, interdimensional travel, and healing through the power of interpretative dance are just some of the crazy elements found in the storyline. Again, not everyone will like this outlandish approach. About halfway through the series you’re either going to buy into it, or be put off completely.

The OA should be praised for the very things that make it stand out. Batmanglij skilfully directs every episode and keeps the tone serious, regardless of the far-out premise. Combined with Marling’s boundless creativity, they’ve made something beautifully offbeat, while never making fun of itself. What’s more, despite those very fantastical elements, they still manage to ground it all with a strong dramatic narrative about getting over trauma. Each of the five characters Prairie recruits also have their own family issues, allowing something real and relatable for viewers to emotionally latch onto.

As the lead actor, Marling brings a great deal of conviction as the mysterious Prairie. Through her performance you’ll easily be able to accept and believe what she’s experienced. She’s also an excellent storyteller, and the voiceover work she does for the flashback scenes is really engaging. Not only that, but she has a very natural allure and kindness to her, that it’s actually convincing the way she draws these other people to her.

Speaking of which, Phyllis Smith, Brendan Meyer, Ian Alexander, Patrick Gibson and Brandon Perea all do solid work as the five individuals Prairie tasks with helping her. Damaged in their own way or on a path they don’t want to be on, they all find purpose and meaning in their connection to this strange young woman. Each of them find the strength to break free of the constraints society and family have put on them. Consequently, everyone of their journeys is well acted and realised through the course of the series. Isaacs likewise makes for a compelling antagonist. He’s driven purely by his research, and although does heinous things, has a strong belief that the end justifies the means.

‘The OA is an innovative series by a creative duo who refuse to be boxed in and follow the rules. Although it may not be for everyone, those who connect with its weird mix of sci-fi, fantasy, supernatural and drama, will be bowled over by its fearlessness to be different. With a slow methodical pace and deep mystery to unravel, this is riveting TV that will have you binge watching it in no time. Not only that, but left with an ambiguous ending, you’ll be eagerly awaiting the long delayed season two.’