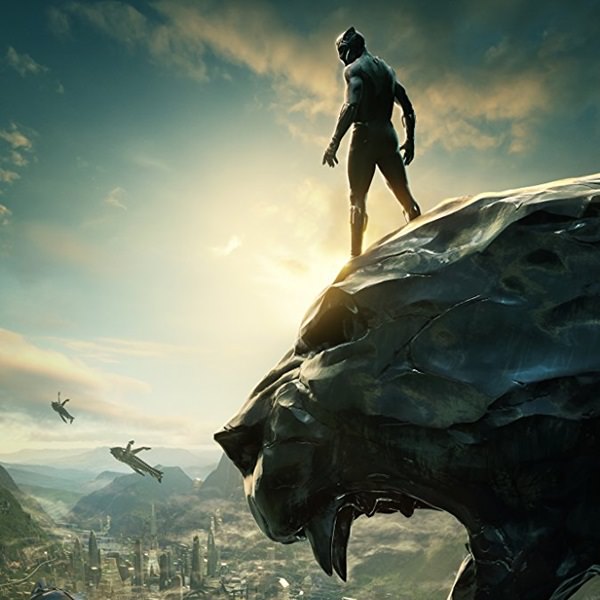 ‘When an old enemy makes his presence felt, T’Challa must once again become the Black Panther.’

After his introduction in Captain America: Civil War (2016), T’Challa, aka Black Panther, gets his first solo feature within the Marvel Cinematic Universe. Considering he’s the first superhero of African descent in mainstream American comics, Black Panther is an important milestone for the studio, and consequently, there’s a lot of pressure to get this character right. Fortunately, directing and co-writing is the up and coming Ryan Coogler, whose previous films Fruitvale Station (2013) and Creed (2015) were big successes, cementing him as an important African American voice in cinema.

Following on from the events of Civil War, Chadwick Boseman’s T’Challa returns to his homeland, the African nation of Wakanda, to become the new king, and take on the mantle of the Black Panther. To the outside world, Wakanda is just another third world country, but secretly, thanks to its supply of precious metal known as Vibranium, is actually a technologically advanced society. When the notorious arms dealer Ulysses Klaue (Andy Serkis) resurfaces, T’Challa sees an opportunity for justice, but things are complicated when they discover he is working with an American called Killmonger (Michael B. Jordan), who seems to have a personal connection to the king.

Just when you thought the MCU was beginning to get stale, formulaic, and by-the-numbers in its movie making, along came Thor: Ragnarok (2017) last year with a very retro tone and distinct aesthetic. Now, with Black Panther, Marvel mastermind Kevin Feige proves that was no fluke, and isn’t afraid to change things up and offer something different. Yes, it has some familiar trademarks to the Marvel brand, but overall, it has a unique style that helps it stand out, and a different kind of superhero story to tell, offering something fresh to a very knowing audience.

Watching, it’s obvious Coogler wants to honour the African setting, and as a result, gives over a big piece of the first act to introducing this new world. He takes his time, and makes sure we understand the customs and traditions of this country, getting a flavour of this very different culture and how they do things. We see this most clearly in the lengthy initiation process T’Challa has to go through to become king. There’s also a message hidden within the narrative, a debate between traditionalism and revisionism. Where some characters don’t want anything to do with the outside world, of fear of losing a big part of their identity, and others believe they should integrate more with other countries. All this world-building is only enhanced by Ludwig Göransson’s great African-sounding score.

As co-writer, another thing Coogler does, is make sure we have decent and compelling characters to get behind. By making it all about family and legacy, he creates far more complex and involved relationships between everyone. For a comic book movie, this makes it less black and white, and more interesting than just a simple good versus evil plot. Even Jordan’s antagonist is given an engaging arc and solid backstory, already making him better than most Marvel villains.

If there’s one issue, it’s that there’s a lot of side characters that don’t get as much time to be fleshed out as the main one’s. Certain character’s like Daniel Kaluuya’s W’Kabi are forced into positions that feel unnatural, and move more to serve the plot than present a believable character. Coogler is not so adverse to falling on some basic and over-familiar story tropes that you can see coming a mile away. Not wanting to spoil anything, there are just certain things set-up which most audiences will have seen numerous times before.

This is still a fun action adventure movie, and you’ll be far too mesmerized by the excellent visuals and brilliantly executed action sequences to care about one or two flaws. This film is oozing with style, and the Wakanda Coogler presents is both futuristic and beautiful, where you can see the hard work that’s gone into developing this earthbound yet otherworldly place. The sets look amazingly detailed, and the CGI is expertly done, meshing well with the practical, and never overshadowing the physical aspects of the film.

Likewise, injected with the right amount of humour, the action is superbly directed. Taking his que from films like John Wick (2014), Coogler makes sure we get to see the stunts and carnage in all of its glory. We even have a sequence designed as a one take shot, of all principal protagonists fighting a number of henchman in a South Korean casino. Wonderfully done, it leads to a great car chase on the streets, utilising all the high-tech gadgets of Wakanda, and to some of a certain age, bringing memories of old-school James Bond movies.

All the cast bring their A-game when it comes to the performances, and even with those underdeveloped supporting characters, the actors all do solid work in bringing them to life. Boseman is fantastic as the titular hero and king, and he brings real gravitas to the role, playing both confidence and uncertainty as the new ruler of Wakanda. As someone who’s been raised and groomed to rule, there’s a maturity to him you don’t see in many of the other MCU heroes, making it a very layered performance, which Boseman nails.

Jordan equally does a lot with Killmonger, and looks like he’s having loads of fun with the character as well. Lupita Nyong’o as Nakia also does much with what is essentially a love interest role. She gives her character real agency, and makes her someone not defined by her relationship to the hero, but her own person. With a small role though, its Serkis you’ll likely remember the most as he chews up the scenery left right and centre, and makes the most of not being in a motion capture suit for a change.

‘Black Panther is another outstanding movie in Marvel’s arsenal, showing they know how to mix it up when needed. In fact, with awesome visuals and great performances all round, despite the few flaws, this is still an entertaining and action-packed thrill-ride all should enjoy.’