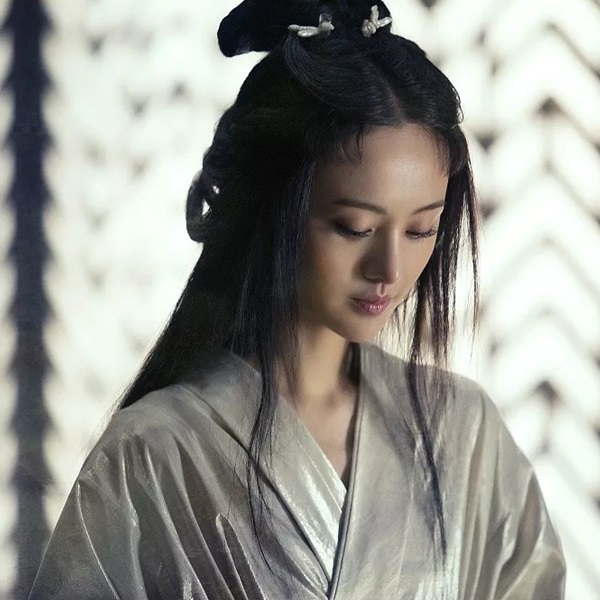 ‘The story of the mythical monkey warrior Sun Wukong who travels to the Immortal Mountain to seek revenge for the destruction of his paradise.’

If you like your Asian martial art films fantastical and larger-than-life, Wukong (AKA Legend of WuKong – UK Title) might just be for you. Directed and co-written by Derek Kwok, this is a straightforward fantasy adventure movie dealing with the Gods of Ancient China.

The story follows Sun Wukong (Eddie Peng), a mythical warrior who has a centuries-long grudge against the immortals who reside in the heavenly realm. Taking issue with their adherence to fate and destiny, he goes up to disrupt their world order, only to take on more than he bargained for.

This is the kind of action film where most of the characters fight using magic and gravity-defying stunts. Where every move feels so elaborate and over-the-top, that you’ll either bye into it, or you won’t. Indeed, it will definitely be an acquired taste for many. Especially for those who aren’t fans of subtitles, in which there are a lot due to heavy exposition throughout. If you’re a fan of Chinese cinema, particularly the kung-fu genre, you should find this some fun, light entertainment. With a different world to explore for couple of hours, there’s something original and exciting about it all.

Starting with its strengths, and from a western perspective, it’s just a refreshing approach to film making. There’s a different way of doing action, a tone that feels unique and the sort of characters you would never see in a Hollywood movie. Yet at the same time, it deals with themes and issues that are relatable to all. Themes of fate, destiny, revenge and love are very universal, with Kwok using them expertly so all audiences can appreciate this story.

Concerning the action, what it has going for it is pure imagination and scale. Kwok takes full advantage of the setting and has these immortal being engage in battles where the word epic seems to small an adjective to describe them. Whether it’s giant flaming staffs, telekinetic blades, or moving at incredible speeds, these are sequences you would not call grounded.

But it works for the story and by fully leaning into that inflated style, you’ll just accept what you see. It also doesn’t hurt to have the cast just go for it and sell what they’re doing in their faces. Building to a climatic showdown of gigantic proportions, you won’t help but be bowled over by the ambitious execution.

Unfortunately, due to that large scale, there’s a reliance on a lot of CGI which doesn’t always hold up. Looking very cartoon-like, it can take you right out of the movie at times and look very unconvincing. Having said that, it might just be the look Kwok was going for. Aesthetically, it’s extremely similar to animated shows like Dragon Ball Z (1996) and Avatar: The Last Airbender (2003), which likewise had heightened characters and out-of-this-world fight scenes. Although that style works in animation, the translation to live-action doesn’t and you can see it in parts of Wukong.

Another element that brings the film down is the storytelling. There’s a good attempt at building this world out in a short space of time, but it is hard to follow and know exactly what’s going on. Unpacking a lot of mythology, you don’t always get a good understanding of the rules of this world and character’s motivations. As a result, you’re left to fill in the gaps yourself and work out why certain things are happening on your own.

When it comes to the acting, it’s going to come down to taste. The main cast do well with what they’re written, but overall, the majority of the performances are in that exaggerated manner. Nuance and subtlety are thrown out the window from the very beginning, for a more scenery chewing approach. Again, this fits with the vibe of the rest of the movie, with the actors all looking like they’re putting their all in. Peng is solid as the main character, bringing both the pathos required for the revenge-seeking warrior, but also a playfulness as well. He has a believable chemistry with Ni Ni’s Zi Xia, who isn’t solely used as a love interest, but has her own arc apart from the main protagonist.

‘Despite its flaws, Wukong is still an enjoyable experience. Providing something original for western audiences, if you’re seeking a break from the Hollywood machine, look no further. This is a thrilling fantasy movie that comes from another culture’s history, offering a style and tone that is a breath of fresh air. It may have weak characters and falter in its storytelling, but if you give it a chance, you might just find yourself a devoted fan of a whole new kind of film making.’