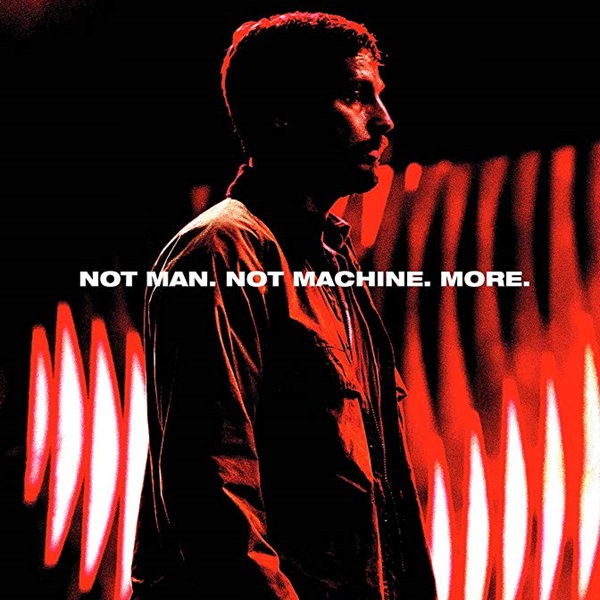 ‘When an inventor offers a man paralyzed from a mugging, an artificial intelligence implant called STEM he uses it to avenge his dead wife.’

Leigh Whannell, writer and long-time collaborator with horror master James Wan, directs his second feature in Upgrade. A low budget original movie written by him, it’s a revenge film that blends action sci-fi with body horror. What this produces is a throwback to those old-school Eighties action films, not that dissimilar to classics like Robocop (1987) and Predator (1987).

Set in the near future, the story is uncomplicated enough and centres around simple mechanic Grey Trace (Logan Marshall-Green). When a brutal mugging leaves him paralysed and his wife dead, he’s offered a chance to walk again by eccentric billionaire Eron Keen (Harrison Gilbertson). Implanted with an advanced artificial intelligence called STEM, Grey is able to walk again. Now, with revenge on the mind, he sets out to find the killers of his wife. He soon realises however, that STEM has imbued him with certain extra abilities, and can take control of his body.

Considering this a small science fiction movie, Whannell really gets the most out of Upgrade.

This is an inventive, well-shot film with plenty of style and ingeniously choreographed action sequences. There’s not a lot you can do with a revenge story, but he brings just enough twists and turns to the script to keep it interesting. Besides, with these kinds of narratives, it’s all about the emotional satisfaction of seeing the wronged protagonist finding bloody justice. Whannell certainly achieves this here, successfully building a plot for audiences to latch on to and enjoy.

Keeping things moving at a brisk pace, everything is put in place within the first act. So when Grey has STEM installed into his spine, there’s a perpetual sense of momentum. Rarely does anything get boring or static, and there’s always a feeling of urgency in all that Grey does. Yet it’s not all serious, and tonally, Whannell injects just the right amount of black humour to keep things entertaining. There’s just something innately funny about seeing Grey argue with himself and being disturbed by what his body can do when out of his control. Relatedly, there’s a humorous back and forth between the emotional Grey and the logical STEM (voiced by Simon Maiden).

‘Helping this movie stand out is also the visuals Whannell employs, including some great cinematography.’

Despite its low cost Upgrade is beautifully shot, looks much more expensive and is more immersive than most other small budgeted science fiction movies. The futuristic world that’s laid out before us is expertly realised, looking and feeling like something not that far from our reality. In fact, a world of driverless cars and a sky full of drones isn’t beyond the realm of possibility these days. Camera movements and techniques are likewise used in interesting and eye-catching ways. As Grey moves around, the camera follows him as if stuck to him, putting as squarely in his shoes. It’s all very stylish and unique.

This also goes for the action sequences, which are framed in some really dynamic ways. For example, there are times when Grey will do a flip, and instead of the camera holding still, will turn with him. Not only does this provide some dizzying stunts, but it pulls us right into the disorienting experience Grey finds himself in. The fight scenes are equally fast, visceral and brutally violent. Whannell holds nothing back, and like those Eighties action films he’s imitating, is full of blood and gore.

All this is brought together by Marshall-Green’s brilliant performance.

There’s a lot of physicality to this role, and he accomplishes a great deal with just his body language. You can particularly see this when STEM is implanted and he changes the way he moves. Becoming more robotic and mechanical, it’s a nice touch to show how much he’s been altered. On top of that, he not only performs his stunts really well, but is able to disconnect the fighting with his facial expressions. This believably makes it look like he has no control over what his limbs are doing.

He holds this whole film together, and although the supporting actors are good in what they have to do, it’s Marshall-Green who does the bulk of the heavy lifting. Making it look all effortless, it’s equally an emotional performance, and he absolutely convinces in being distraught about what he’s going through.

‘Combined with a hypnotic score, Upgrade is an excellent movie. Showing that you don’t need hundreds of millions of dollars to make a good sci-fi, Whannell has done an exceptional job with very little. Carried by a superbly physical performance from Marshall-Green, top-notch cinematography and awesome fight sequences that are visually engaging, this is a movie everyone should be talking about.’