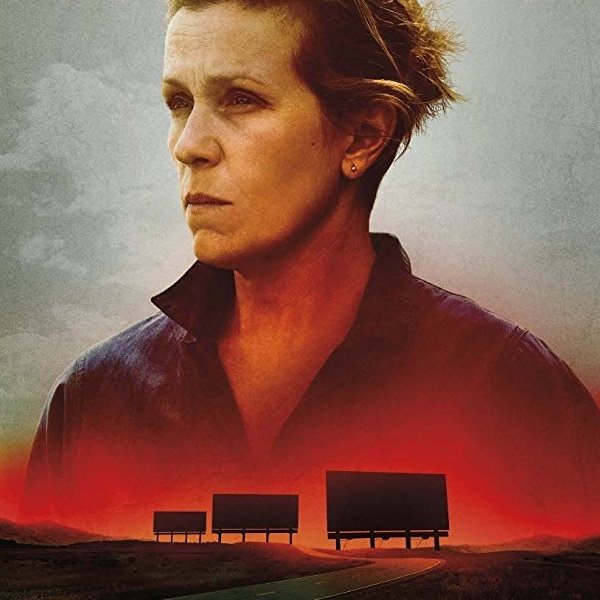 ‘A darkly comic crime drama in which a woman pressures the police into continuing the investigation into her daughter’s murder.’

Like his previous works, Martin McDonagh’s latest film, Three Billboards Outside Ebbing, Missouri, which he also wrote, is a perfect blending of pitch black comedy and drama. Indeed, the movie is full of those funny moments where you’ll be constantly wondering if you should be laughing at all.

Set in the titular town, the story follows various characters but mostly centres around Mildred Hayes (Frances McDormand), who is still grieving the rape and murder of her daughter almost a year prior. Angry with the lack of results from the police department, she hires out three billboards near her home announcing the crime, and calling out chief Willoughby (Woody Harrelson). Unhappy with the negative publicity, the police, including deputy Dixon (Sam Rockwell), set about dissuading Mildred from continuing her campaign of criticism.

It’s not easy to take a serious storyline about an unsolved rape and murder, and mix it with a dose of levity. One could even argue it’s offensive and in poor taste, making light of something horrendous people have experienced in real life. McDonagh, however, skilfully balances these two tones impeccably, and in no way does the comedy undermine the serious issues and topics he wants to address. In fact, a lot of the humour comes from those small character moments, which actually helps ground the story, and makes the drama feel that more real.

It’s clear as the film progresses that McDonagh isn’t that concerned with the crime itself, but with the effect the billboards have on the townspeople. Yes, this is evidently McDormand’s movie, but there are other people that he focuses on and fleshes out. Taking his time, the pace is appropriately slow and steady, so we get enough time with these other main characters, and because they’re so well drawn out and engaging, you won’t mind that laid back approach.

Even the individuals on the peripheral are given more than your average supporting characters. They all feel like real people, and ultimately, McDonagh has made a great character study, with a look into the different ways people deal with the terrible situations they find themselves in. Plus, with that comedic edge and an excellent soundtrack, he keeps it just on the right side of entertaining, and never too gloomy.

A lot then rests on the actors and their performances, and fortunately, the main leads all do a fantastic job of bringing McDonagh’s script to life. McDormand is outstanding as the mother who’s gone through an unimaginable tragedy. She’s a hard woman who not only has a colourful vocabulary, but will happily beat up a teenager in public view. Yet, despite this harsh exterior, McDormand is able to bring a subtle warmth to her character, where she’s able to present that hardness while at the same time not being a cold person. In the wrong hands, Mildred would just come off as unlikable, but through McDormand’s nuanced and skilled performance, she’s really able to bring sympathy to this steely-eyed and angry woman.

After McDormand, it’s Rockwell that really shines as the drunk and racist Dixon. What could have so easily been a caricatured role, is made so much more by his deft acting, and his ability to bring out the hidden depths of his character. By finding the humanity in this broken and hate-filled man, he displays a riveting evolution, that will have you going from hating this poor excuse for a police officer, to feeling sorry for him, and then finally, rooting for him. As someone who’s constantly drunk, McDonagh puts the audience in his disorienting point-of-view at times, and has the camera spinning around him, bringing us in to his inebriated state of mind. We see this particularly in one long shot, where he reacts recklessly to some bad news.

Finally, Harrelson is equally impressive, and his police chief plays an important part in all of the other characters journeys. It’s a very heart-breaking performance, and he hits all those emotional beats brilliantly. Really though, all the other characters McDonagh introduces us to are so well-defined and thought out, that the only issue, is that it would have been nice to spend more time with some of them as well.

‘Three Billboards Outside Ebbing, Missouri is a superb movie, and does the almost impossible task of bringing humour to a serious and tragic story. With Oscar-worthy performances and an ambiguous ending, McDonagh has created a film that will linger long after it’s finished.’