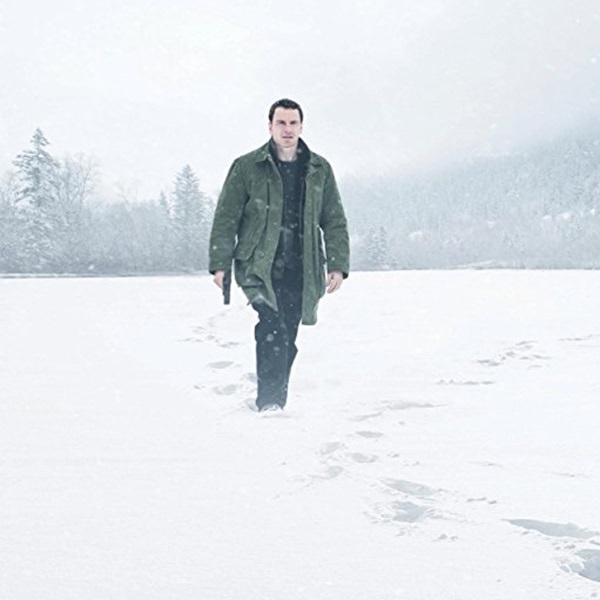 ‘A brilliant detective investigates the disappearance of a woman whose scarf was found wrapped around an ominous-looking snowman.’

Based on Jo Nesbø’s novel of the same name, and part of the Harry Hole series of books, The Snowman is another murder mystery film made in the same vein of all the other Scandinavian detective stories that we can’t seem to get enough of lately. On top of that, it features another brilliant but tortured detective who has the uncanny ability to get into the mind of the killers he’s hunting. Unorthodox and unconventional, Hole’s the sort of character on paper we’ve seen many times before. In that case, there’s already an uphill battle for director Thomas Alfredson to get his contribution to this popular genre to stand out and make its mark in the vast ocean of serial killer films.

Set in the snowy city of Oslo, a killer is targeting young women for unknown motives. The authorities are stumped, and the only thing connecting them is his calling card, a snowman, which he leaves for the police at the scene of the crime. When renowned detective, Harry Hole (Michael Fassbender) gets a whiff of the case, he brings on new recruit Katrine Bratt (Rebecca Ferguson), and together, they set about putting an end to this monster’s reign of terror.

Unfortunately, with such an overpopulated and popular genre at the moment, The Snowman struggles to be anything more than a mediocre crime thriller at best. Not a bad film by any stretch of the imagination, but there’s just so many similar movies out there that have done it better. Really, it feels more like a high production TV episode, where you have your protagonist, the crime, and then everything’s wrapped up neatly ready for the next case by the end. Indeed, this isn’t surprising considering, the movie’s actually based on a series of novels revolving around a singular character; maybe this would have been best adapted for the small screen.

It’s a shame really when you think about the talent involved. With his last two films being the excellent Let the Right One In (2008) and Tinker, Tailor, Soldier, Spy (2011), you would think of Alfredson as the perfect choice for bringing this moody and grim mystery movie to life. Sadly though, what he managed with those two films, he finds difficult to translate over into this one, and what we’re left with is an over-familiar tone and character trope being used, with nothing particularly fresh about them.

It’s not like we haven’t seen this snowy and isolated environment used before as a backdrop, with films like Christopher Nolan’s Insomnia (2002), David Fincher’s The Girl With the Dragon Tattoo (2011), or even this year’s Wind River (2017) being better illustrations of this unforgiving environment being utilised.

What also stops The Snowman from standing out, is its unoriginal and messy story. There’s nothing especially awful about it, but fans of the crime thriller will probably find this pretty predictable. For example, there’s the usual list of suspects, including J. K. Simmons’ important businessman, or the creepy doctor who clearly has something to hide, and some fairly obvious red herrings which most people will see coming a mile away and will end up going nowhere. The most interesting aspect of the story is when it looks like it’s going to split into two time periods, but then it doesn’t even commit to that idea, and just ends up adding to the convoluted and hard-to-follow plot.

Another weak area in this film, is its characterisation, and to an extent the performances. Hole is that typical maverick cop we’ve seen a hundred times, and all it requires of Fassbender is to look miserable and dour most of the time. He doesn’t bring any emotion to the role, and it’s hard to find anything to latch onto to really care for him. Plus, his character is a raging alcoholic, and it serves no real purpose other than to draw the comparisons to Sherlock, which is an obvious inspiration for this equally flawed but intelligent character.

Outside of Fassbender, a lot of the supporting cast are equally underused and wasted, like Val Kilmer and Toby Jones. The only saving grace amongst the cast is Ferguson, who continues to be the bright spark in any film she’s in. Her character is a competent resourceful police officer, and Ferguson displays an authentic strength to her role. What’s more, as someone who has a personal investment in the case, she combines that strength with a believable vulnerability, making her by far the most interesting character in this movie. Even the villain, with his background and motivation is something we’ve all seen before.

‘The Snowman is mostly a been-there-done-that crime thriller, with nothing of substance to offer other than a crime to be solved. Despite having the usually excellent Fassbender, even he struggles to infuse his poorly written protagonist with any kind of depth or humanity, and apart from Ferguson, there’s no real engaging character. However, if you’re a hard-core fan of these films, you should find some beauty in the cinematography and sombre mood Alfredson has created, even if it has been replicated numerous times already. All in all, this is surly a-single watch movie that will be long forgotten over time.’