The Meg review – flawed but fun 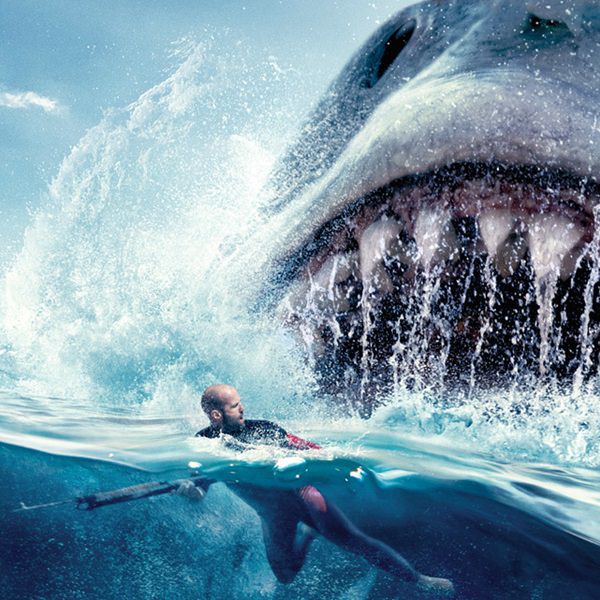 ‘A giant prehistoric shark attacks a deep-sea research centre trapping everyone inside.’

The Meg is the latest shark movie in a long line of films that love turning these natural killing machines into movie monsters. In the last few years we’ve already had The Shallows (2016) and 47 Meters Down (2017), but where those films were played straight and serious, this Jason Statham vehicle leans more into fun B-movie territory. Yet the question is, will it succeed in making its mark in this over-populated genre? Or, will it join the large pile of forgotten films that never get mentioned again.

Directed by Jon Turteltaub, the story starts with a deep sea exploration gone wrong. With a team of scientists stranded at the bottom of the ocean, they send for rescue diver Jonah Taylor (Statham).

What Jonah discovers down there during the rescue is an ancient prehistoric shark called a megalodon, which follows them to the surface.

Helped by oceanographer Suyin Zhang (Li Bingbing), old friend Mac (Cliff Curtis) and tech designer Jaxx (Ruby Rose), Jonah must now attempt to put a stop to this sea monster’s reign of terror. Knowing it’s never going to compete with the king of this genre, Jaws (1975), The Meg is clearly just aiming to create a fun experience and give audiences a good time. The result however, is mixed.

There’s potential and it has its moments, but unfortunately a lot of it is squandered. Tongue is firmly in cheek in the overall tone, and if you’re a fan of these type of creature features, you should be entertained enough. But akin to this year’s Rampage (2018), it’s such a mediocre popcorn movie, it probably won’t leave much of an impression. In fact, The Meg solely relies on the novelty of a giant prehistoric shark and the action star status of Statham.

‘One of the main weaknesses is the film’s need to appeal to a large audience. As a result, the gore is kept to a minimum to allow for that 12A rating.’

Part of making a good shark movie is the shock of seeing these predators attack and dismember which helps evoke a visceral reaction from the viewer. When you take that away, you lose a big element of what fans of this genre are looking for. By making this a more bloodless affair, Turteltaub, has taken a lot of bite out of his film. A movie like 1999’s Deep Blue Sea got this right. Similar in aesthetic, it wasn’t afraid to show the gore, and although not a great film, was more enjoyable for keeping the bloody violence.

Despite these issues, The Meg isn’t outright awful, and is actually quite enjoyable in places. Due to its light tone and breezy pace, the movie provides a watchable experience. Clearly a substantial amount of money has been thrown at this film, as it looks very cinematic and certainly not cheap like most B-movies.

This extends to the visual effects, which are solid and well utilised. The megalodon is rendered with detailed CGI, and although some animatronics wouldn’t have gone amiss, it gets the job done. Either way, it’s better than your average creature effects. What’s more, Turteltaub builds some tense and suspenseful sequences that helps maintain a lively atmosphere. There’s plenty going on in the story and with a constant sense of momentum there’s little time to feel bored.

Concerning the characters, a bulk of them are there just to be eaten.

Curtis is wasted as the main friend to the hero, and Rainn Wilson plays the same comic relief role he always does. Not much in development, it’s really Statham and Bingbing who get the most to do. Actually, the former carries the movie rather well, and has his own style of charisma that suits its light tone.

Given that typical tragic past, he’s able to bring some depth to this clichéd-written protagonist. Bingbing is the next important player, and as such is given slightly more to do outside of Statham. Yes, she’s there more to have a romantic spark with the lead, but she performs the material aptly nonetheless, providing good chemistry between the two.

‘Thanks to an aggressive marketing campaign, The Meg will likely be a success and fill theatres. Even though it feels like a missed opportunity, this is still a fun creature feature that doesn’t take itself too seriously. Full of thrilling set pieces and a solid lead in Statham, you might just find yourself hankering for more from this prehistoric monster.’