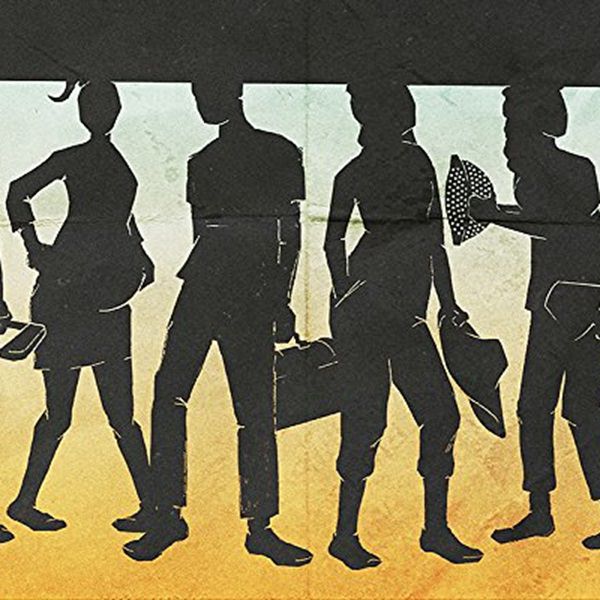 ‘An interactive movie where three different stories happen simultaneously at the same location and centred around a joint garage sale.’

In the movie world, it looks like we’re always looking for the next big thing that will apparently change the face of cinema. 3D’s come and gone a few times. IMAX is popular with directors like Christopher Nolan. Even 4D exists now, which incorporates physical effects like movable chairs, and simulates rain and fog in specially built theatres. Whatever it is, the main aim of all these different formats, it seems, is to create a more immersive experience when watching a film. We can now add a new one to the list thanks to director J.M. Logan and writer Molly Hagan, who have utilized new technology to create an interactive film, called The Garage Sale.

Set in a suburban neighbourhood, the story revolves around a joint garage sale run by three couples in the course of a day. There’s GG and Richard (Carrie Reichenbach and Anslem Richardson), who are expecting their first child. Merrin and David (Eve Gordon and Evans Forde), who are having marital problems, and lastly, there’s Nathan (Thomas Burr), who’s dealing with his wife, Rebecca (Mandy Levin), and her hoarding problem.

Broken into three acts, the interactive element comes into play at the very start, where you get to choose which couple’s perspective you want to begin with. Then during the runtime, you’ll be given the opportunity to swap and switch which couple you want to follow next at various points. Although you won’t be able to alter the course of the story, and the outcome remains the same, this offers all kinds of different viewing experiences, which can also change your perspective and attitude towards certain characters. Basically, the audience gets to select and follow what characters they’re most curious about and interested in.

It’s a unique and different way to view a film, and it feels like it has potential down the line after some more experimentation with this new format. As a straightforward movie though, it works well, and there’s enough there in the plot to keep you engaged. The tone is a nice mix of drama and comedy, and the characters are fleshed out and developed well.

The couples have a good chemistry amongst each other, and they feel like real people, with the drama coming mostly from their relationships, and the comedy from the variety of oddball characters that come and go from the sale.

All the actors do a good job in their performances, and bring enough depth to their characters in the short time they have. Each couple has some conflict going on in their marriage in some shape or form, and the actors expertly play it with authenticity and believability, getting the audience to really care for them. Logan proves a skilful director, as no matter who’s perspective we’re following, he makes sure we can see the other stories play out in the background, enticing us to click and see what’s going on over there.

When it comes to the interactive feature, I guess it will come down to personal preference. Some might find it messy and repetitive, making it hard to follow the story, which it can be. You might find yourself having to go back and forth to understand what’s going on at times, and generally find it fiddly and frustrating. If, like me, you prefer viewing your movies in the more traditional and passive method, the creators do offer a linear version, where you can watch all three perspectives edited together in to a more straightforward hour-long film. Or, you can watch each couple’s story from beginning to end one after the other.

‘In the end though, maybe that’s the point. That you can watch this movie unfold in a number of different ways, providing a flexible experience, and giving the audience control in how they want to watch this film and which characters they want to focus on. It might not be for everyone, but The Garage Sale is bold and innovative film making, and over time, might just prove ground breaking, and pave the way for a new type of movie experience.’