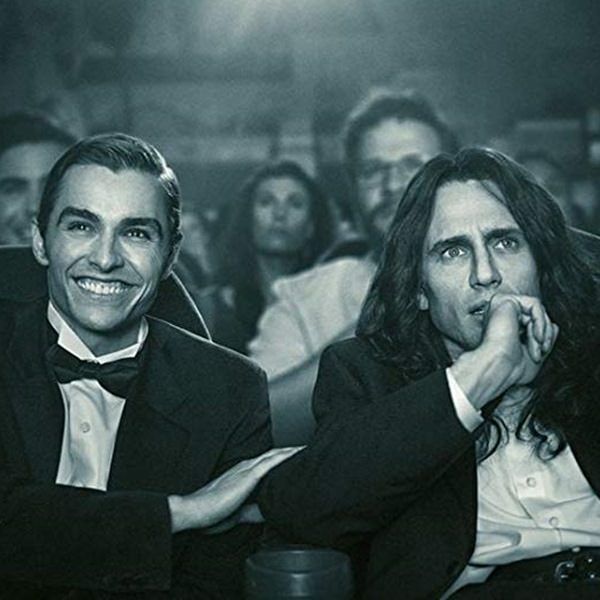 ‘Tommy Wiseau and Greg Sestero form a unique friendship and travel to Hollywood to make Wiseau’s self-funded project The Room.’

When you really think about it, there are two types of good movies. The first, are those that are good in the more traditional sense and are applauded for how well-made and acted they are. But, there’s also those which are great for all the wrong reasons, and the phrase “so bad it’s good” is a term for the films out there which are so poorly made in every aspect, that they become a morbid fascination for audiences. Where we can’t help but be entertained by the terrible acting, writing and directing that’s gone into them, and find enjoyment for a completely different set of reasons than maybe the creators actually intended. Arguably, the ultimate in these types of guilty pleasures has to be 2003’s The Room.

Directed by, written and staring the human enigma that is Tommy Wiseau, this is a film that has to be seen to be believed. Funded by his own money, it has gained a huge cult following over the years, even to the point where we’re now getting a film about how this atrocious masterpiece got made. Aptly titled The Disaster Artist, and adapted from Greg Sestero’s non-fiction novel, who himself was a producer and one of the main cast of The Room, this movie tells the story of one of cinema’s worst creations, and the man behind it.

Starring brothers James and Dave Franco as the mysterious Tommy Wiseau and his friend Greg Sestero, the plot starts from when they first met at an acting class in San Francisco. With both having big dreams of stardom in Hollywood, they strike up a partnership that eventually leads them to Los Angeles. After a series of rejections though, they decide to make their own film based on a script by Wiseau’s himself, and funded by his seemingly limitless resources. What follows, is a behind-the-scenes look at how a real-life terrible movie ever got made.

This dramatized account of The Room’s making, which is also directed by James Franco, isn’t just played for laughs, but is also an aspiring story of one man’s commitment to seeing his vision realised on the big screen. Even if you’ve never seen The Room, this is an entertaining movie for all, and if anything, will have you searching for it straight after to see if such a film actually exists. What could have easily been a mean-spirited poke at this strange man with a funny accent and a mysterious bottomless pit of money, is actually a touching tale about following your dreams and a unconventional friendship. Hilarious, yes, but touching nonetheless.

Writers Scott Neustadter and Michael H. Weber spend just as much time on Tommy and Greg’s relationship, as they do the making of The Room. This adds a very human element the viewer can latch onto, which ironically, grounds this stranger-than-fiction story. That’s not to say there’s isn’t humour to be found in this friendship, as it’s also a very peculiar arrangement, where they have a kind of symbiotic, co-dependency thing going on. We’re particularly shown this when Greg begins a romantic relationship with Alison Brie’s Amber, which causes jealousy on Tommy’s part, and increasingly erratic behaviour.

By focusing on the two main characters instead of taking the lazy route and just recreating favourite scenes from the 2003 cult film (although it does do that too), it keeps the story feeling fresh. Ultimately, this makes it a great companion piece to The Room for those wanting to go a bit deeper into the history of its production. Franco smartly takes his time to set up Tommy and Greg’s pairing, knowing it’s the characters and their interactions that will aid The Disaster Artist the most. He paces the narrative skilfully knowing what aspects of this story to linger on, and how to best honour what Tommy was trying to do. Not only that, he knows how to make it funny too, and the comedy equally comes from Tommy, by having everyone being the straight man to he’s eccentric temperament and personality.

A lot then rests on the two central performances, and thankfully, both Franco’s don’t disappoint. James particularly does a superb job of portraying the mysterious Tommy, and nailing all of his idiosyncratic ticks and speech patterns. On top of that, considering what little we know about him, he’s able to find the heart of this real-life figure and draw out his humanity, instead of just making him a caricature. Unsurprisingly, he has an excellent chemistry with his brother, and clearly, they display an authentic bond between these two very different people, albeit with a common goal. If there’s one weakness, it’s that most of the other actors don’t get a look-in or a chance to shine, and good comedic actors like Seth Rogen are wasted. Really though, it’s Tommy Wiseau the audiences are coming for, and Franco makes certain that’s what they get.

‘The Disaster Artist is a very entertaining movie that perfectly balances the parody and dramatic elements, so that we can still see the inspirational truth of what Tommy was trying to achieve. By putting just as much emphasis on his character, including his relationship to Greg, we’re able to admire this oddball individual, and see an actual human being behind the eccentricity. Plus, with brilliant writing and competent directing from James Franco himself, this is a film everyone can enjoy, and if anything, should give more exposure to one of Hollywood’s best worst movies.’