The Dark Tower review – a messy and bland adaption 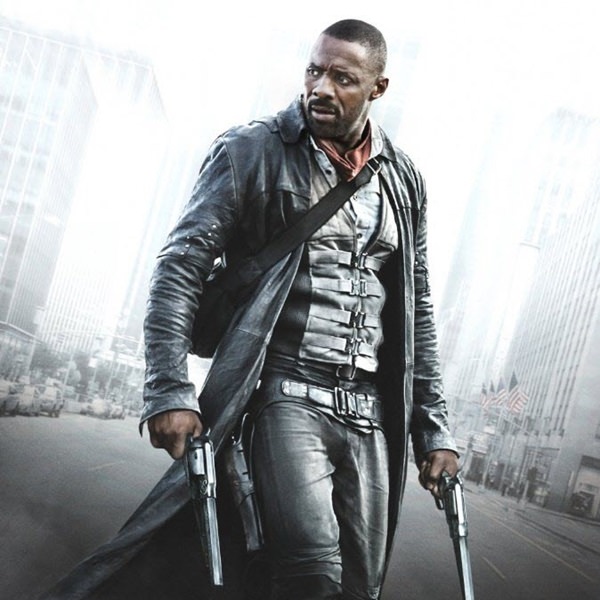 ‘Roland Deschain battles tries to stop Walter O’Dim from toppling The Dark Tower which holds the universe together.’

When it comes to adapting page to screen, it’s arguably Stephen King, famed and prolific horror/fantasy writer, who has the most hit and miss in quality when turning his books into movies. For every Shawshank Redemption (1994) and The Shining (1980), there’s always a Dreamcatcher (2003) and Cell (2016) just around the corner. So when we finally get an adaptation of his magnum opus, The Dark Tower series (1982-2012), it’s anyone’s guess to how this supposedly first of many films and TV series’ will turn out. What also doesn’t go in its favour, is the fact this film’s been in development hell for the last decade, having been passed through several studios and directors until finally settling on Sony and Nikolaj Arcel, who also co-wrote the screenplay.

Bizarrely, this film isn’t a direct adaptation, but rather a sequel to the final book, while apparently also including elements from the other novels. Starting in our world, or “Keystone Earth” as it’s called, the story focuses on eleven-year-old Jake Chambers (Tom Taylor), who is having visions of a strange tower, a gunslinger called Roland Deschain (Idris Elba) and an evil sorcerer known as the Man in Black (Matthew McConaughey).

Worried, his parents try to send him to some shady psychiatric ward, but Jake manages to escape and eventually stumbles upon a portal to a parallel world. Stranded, he discovers his visions are far from fictional, and finds himself teaming up with Roland. Together, they set out to stop the Man in Black from destroying the Tower, which if happens, will have apocalyptic consequences.

Although a valiant effort, The Dark Tower struggles to tell it’s dense and highly mythological story. If like me, you haven’t read the books, your find yourself coming out of this film confused and bewildered as to what you’ve just watched, and more than likely rushing to Wikipedia to fill in the gaps. With just over ninety minutes of runtime, a lot of the story feels rushed and messy. You can just about make out the basic outline of the plot, but unless well versed in the source material, you’ll feel like you’re missing a big piece of the puzzle. All we know is that there’s multiple worlds all held together by this tower, with the Man in Black for some reason wanting to bring it down, and Elba’s gunslinger being the only one in his way.

Tonally, its inconsistent as well. For the most part, it’s a serious and high stakes affair with Arcel obviously going for a grand and epic mood. That tone is undercut though when the story brings Roland into New York City and we’re given some miss-placed fish-out-the-water humour. It feels very forced and unnecessary, and totally out of place amongst the very humourless protagonist and his mission of revenge.

Speaking of which, the characters are poorly written. Elba puts on a good grizzled voice and tries is best, but with basic motivation and hardly any backstory revealed, it’s hard to get a sense of who he is and what drives him. Really, your strive to see him as anything more than your standard anti-hero, who deep down has a good heart. McConaughey similarly is a conventional antagonist with no more to him than basic world domination goals.

He is given a few menacing moments, and both hero and villain do have potential if this film is able to kick-start a franchise and flesh out more of these characters. Surprisingly, Taylor does solid work as Jake, and actually feels more developed than his co-stars. He brings a lot of heart to this kid going through some rough times, and as a character who has to hit some heavy emotional beats, he actually proves competent.

The action, although shaky and quickly edited, is exciting enough. However, there’s nothing particularly special about them, and they feel functional more than anything else. In fact, a lot of the set pieces look like your average action sequence we’ve seen in numerous movies of that genre before. It clearly doesn’t help that the characters are underdeveloped, taking away any kind of emotional investment for the audience. Apart from the uniqueness of seeing a cowboy and wizard do battle, we’re offered very little in originality.

‘The Dark Tower will be a disappointing experience for many viewers, and can be considered mediocre at best. Unless you’ve read the books, there’s very little here than an interesting concept that’s poorly executed. With bad characterisation and uninspiring action, the only thing your be grateful for is the short runtime.’