The Circle review – a boring techno-thriller 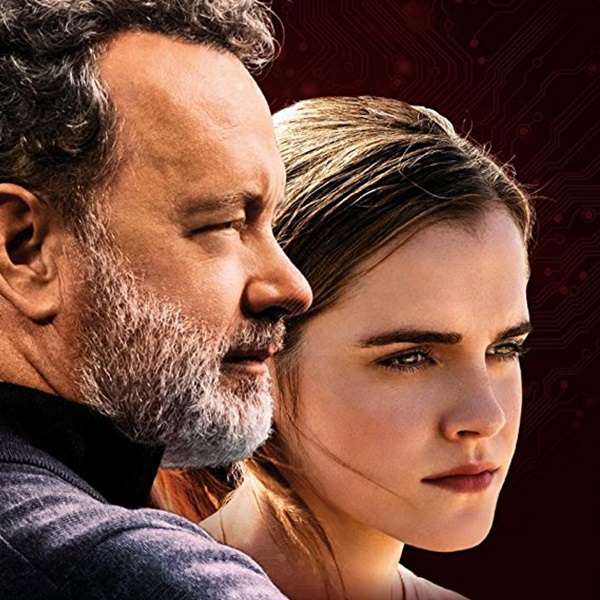 ‘A woman lands a dream job at The Circle only to discover the tech company has a dubious agenda.’

We live in a technology obsessed culture, where not long ago, what once was considered science fiction, is now an everyday reality. We’ve become so dependent on our smartphones and tablets, that many of us couldn’t fathom turning them off or leaving our homes without them, feeling almost naked without them and disconnected from the rest of the world. This has never been more clearer than in the last decade or so with the invention of social media, with platforms like Facebook, Twitter and Instagram, allowing people to share every aspect of their lives.

Obviously, this raises all kinds of issues about the right for privacy, and the real fear of living in a constantly growing surveillance state. With so much data being trafficked, it begs the question: Where does it go? What happens to it, and who has access to it? It’s these big questions The Circle explores, which has just had its release as a Netflix Original.

Directed and written by James Ponsoldt, and based on Dave Eggers novel, who also helped pen the screenplay, The Circle centres around Mae Holland (Emma Watson), a young woman who works a dead-end job in a cubicle. Tired and restless, she manages to swing a job interview at the titular company through best friend Annie (Karen Gillan). Once there, Mae is taken aback by The Circle’s strong encouragement to share everything through True You, their social media platform, and have little to no privacy. The more time she spends their though, the more she buys into the company’s ethos, and is convinced by lead founder Eamon Bailey (Tom Hanks) to go fully transparent. Wearing a special camera on her at all times, she now has given everyone unlimited access to her everyday life.

It’s an interesting concept and very topical, but just not entirely original. Anthology series Black Mirror (2011) have explored these themes in past episodes already and did a far better job in less time than this feature length film. Sleek and visually appealing, what The Circle lacks is a good story to tie all these ideas together. Mostly resting on the “what if…” scenario, there’s nothing really to latch on to; no beginning, middle and end, making it a boring experience and not very exciting or compelling at all.

All we see, is this hip, Apple copycat company and Hanks’ Steve Jobs stand-in take their technology one step too far every time they unveil a new product. Products like the “SeeAll” miniature camera that can be stuck anywhere with real time access, or the “SoulSearch” software that allows you to find anyone in the world, whether they want to be found or not. They’re all fascinating ideas, but in the end there’s no engaging narrative to keep us invested, feeling like they’re just there to show us how scary the future could be for those who value privacy.

Really, the closest Ponsoldt gets to a good story, is introducing the idea of The Circle as a cult. Every employee seems to be young and single, working underneath an influential figure. Even the very name sounds like a sect and not a company, that comes with its own lingo and terminology. Bailey as well, acts more like a religious leader than a CEO of a multinational business. He tries to be everyone’s best friend and not their boss, manipulating them to his way of thinking, as he attempts to push out any notion of individuality or private thought, coming up with slogans like “sharing is caring” or “secrets are lies”. If that wasn’t enough, everyone is encouraged to live on site. Sadly though, this train of thought isn’t followed through, and it doesn’t end or go anywhere, making it all feel very unsatisfying and frustrating.

To make matters worse, there are a few characters written into The Circle that aren’t utilised very well, or they have drastic shifts in characterisation that come out of nowhere, being purely there to push the poorly conceived story along. John Boyega is wasted as a co-worker of Mae, and even after he’s introduced as a more important figure, he still has very little to do. Likewise, Gillan doesn’t do much, and again, is one of those characters who has a massive turn in motivation for no real reason.

These are solid actors, and although they do their best, they struggle with the poor material they’re given. Hanks even feels out of place, and can’t bring himself to play a full on villain, which is one of the other main problems of this film, that there’s no true antagonist for our heroine to fight against. No real conflict to create dramatic tension.

It’s up to Watson then to carry the movie. As the main character, she’s our eyes and ears into this world, and the bulk of the runtime is spent with her. Unfortunately, she too has a hard time with the badly developed Mae. One moment she’s shy and naïve, and the next, confident and strong-willed, being what she needs to be just to keep things ticking along, and with no real thought going into her character. She has a few scenes with her ill father, played by Bill Paxton, which are quite sweet and gives the audience something to work with, but mostly Mae’s inconsistencies will make it hard for us to sympathise or care about her.

‘Apart from a relevant topical issue, The Circle is a boring movie that had potential to be something so much more. Ultimately, it’s a techno-thriller with no thrills what so ever. With poorly written and unbelievable characters, you’re better of watching Black Mirror (2011), which handled our technology dependent society so much better and realistically, built around far better stories and people than this.’