Ouija: Origin of Evil review – atmospheric and retro horror at its best 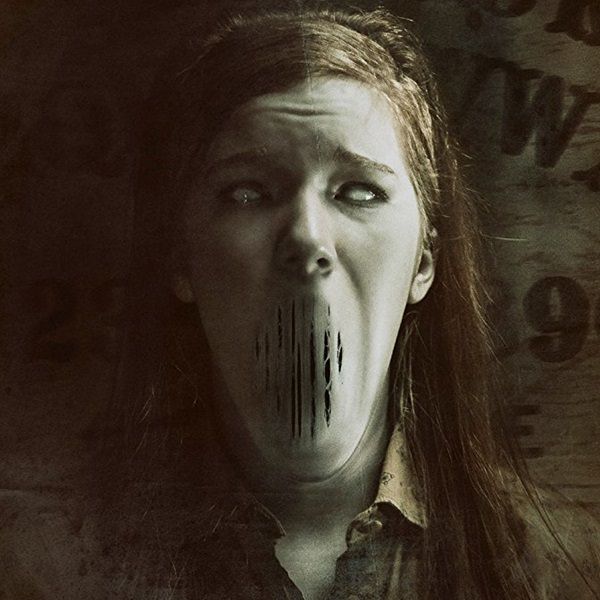 ‘A widowed mother and her two daughters unwittingly invite real evil into their lives.’

After the first Ouija film came out in 2014 and was universally panned by critics, I don’t think anyone was crying out for a follow up. Fortunately, Mike Flanagan, taking over directing duties from Stiles White, smartly makes Ouija: Origins of Evil a prequel, setting the film in the sixties and focusing on the original family that first came into contact with the possessed game that were eluded to in the original.

Elizabeth Reaser plays Alice Zander, the widowed mum to nine year old Dolores (Lulu Wilson) and teenager Lina (Annalise Basso), who after losing their father, make ends meet by running a fake fortune telling business out of their home. Thing takes a turn for the worst though when they add a ouija board to their repertoire and make contact with demonic forces that latch on to young Dolores.

What makes this film far superior to the original is the period setting. Similar to films like James Wan’s The Conjuring (2013) and Ti West’s House of the Devil (2009), it gives Ouija: Origins of Evil a distinct visual style and a real retro aesthetic. In fact, Flanagan not only makes sure his film looks like its set in the sixties, but that it looks like it was made in that time period as well. By adding the old style Universal logo, and even small details like the old fashioned cue marks that pop up in the right hand corner of the screen, you’ll believe you’re actually watching a film that was made in 1967.

Another element that raises the film is its focus on a family which offers far more in-depth characterisation and dynamic relationships which are easier to get invested in. Plus, this is a broken family which has been dealt a rough hand in life, and Flanagan really gets us to care for these people; these certainly aren’t the one dimensional and stereotypical teenagers we got in the last film, who were almost exclusively there as cannon fodder.

You could argue the story’s nothing new and is basically a re-tread of the single-mum-family-with possessed-young-girl format that we’ve already had this year with The Conjuring 2 and actually, the creepy child formula in general has been around for decades.

Yet despite that, Flanagan is still able to keep Ouija: Origins of Evil fresh and make it its own thing. for one thing, he takes his time setting up the story and introducing the characters, and shows particular constraint in not rushing to the scares. He also proves skilful in building a real suspenseful atmosphere of unease that will really get under your skin, and create a rising tension that when those inevitable jump scares come, there made the more effective for it and feel earned.

All this is helped by some spot on performances from the cast. Reaser’s matriarch Alice Zander does a good job of portraying a grieving widow trying to hold her family together, and combined with Basso’s older daughter, both bring a lot of emotion and heart to the film. Henry Thomas’ is great as a local priest who tries to help the Zander’s and even gets to channel Max Van Snow in a shot that looks like it was pulled straight from The Exorcist (1978).

Regardless of brilliant performances, for a horror film to be good, it needs to have an effective monster that can induce authentic fear within its audience. Fortunately, Wilson does a terrifyingly good job as the possessed little girl. It’s a role that could easily ruin a film if not done right, but Wilson makes for a fearsome creature.

Also, it adds real stakes when it’s the daughter of this already broken family. It may not be very original but when done well, there’s nothing quite like a possessed child to really give you the shivers. She’s also aided by some well used visual effects with practical effects being complemented by CGI instead of being overwhelmed by it.

‘By doing a prequel, Flanagan has been able to make a film that’s self-contained, and except for a post credits scene, allows you to ignore its vastly inferior predecessor.’

Although it has borrowed elements from other films and has an unoriginal concept of the possessed child terrorises family. Ouija: Origins of Evil is so well directed and crafted that it’s able to transcend those over familiar tropes and still be a great horror film in its own right.