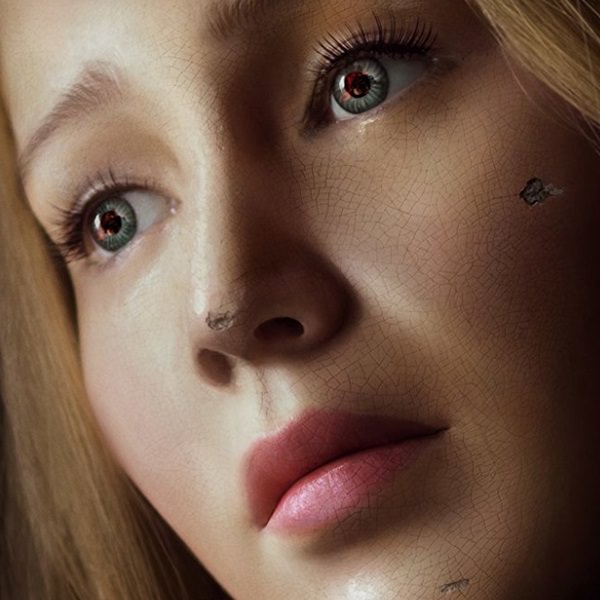 ‘A woman let’s in some uninvited guests who make themselves at home and reveal a mysterious connection to the husband.’

Ever since his first film, Darren Aronofsky has always been a film maker willing to push the envelope when it comes to making unconventional and experimental movies. Whether it’s his mind and time-bending look into the problem of death in The Fountain (2006), or his controversial reimagining of the Biblical story in Noah (2014), he has never been, what you would call, a mainstream director.

Even Black Swan (2010) went to some pretty weird places in its exploration of the highly competitive world of ballet, and the toil it has on both the mind and body. It’s fair to say then, that Mother!, his latest film, is no different, and will likely be one of the most polarizing films of the year.

The story takes place exclusively within an isolated house where a nameless husband and wife live (Jennifer Lawrence and Javier Bardem). He’s a poet suffering from writer’s block, and she has painstakingly been restoring the house after a fire. They live a tranquil existence until a man (Ed Harris) turns up at their doorstep looking for a place to stay, followed by his wife (Michelle Pfeiffer). Soon, the peaceful atmosphere is thrown into disarray, as the couple’s life slowly descends into chaos.

From the very first opening scene, it’s clear that Mother! is going to be a bizarre viewing experience. It’s the kind of film that will be an acquired taste for many, and for those who love it for its experimental, original, and completely out-there story, there will likely be an equal number of people who will hate it for the very same reasons.

This is certainly one of Aronofsky’s boldest movies in terms of storytelling, which is easily the aspect of Mother! audiences will probably struggle with the most. We’re never given any of the characters names, and apart from basic job descriptions, know nothing of their background or where they’re geographically situated. Furthermore, there’s disturbing imagery littered throughout the film which makes no sense at first glance, and the way the story escalates into madness with no discernible context can fill infuriating. There’s no real conclusion or sense of closure, which the average movie goer isn’t especially into.

However, if you like your films unorthodox and don’t need to have everything spoon-fed to you, there is appreciation to be gleaned. In fact, this is a movie to be experienced more than a story to watch unfold (although it is that too). When understood more as an allegory tale, open to many interpretations, those nonsensical elements can be forgiven, and actually fit into this world. Indeed, that framework affords Aronofsky the flexibility to go really weird with the narrative, and doesn’t constrain him to the laws of normal storytelling. Again, this won’t be to everyone’s taste, but it certainly makes everything interesting and original.

On a technical and a visual level, this is also a competently made film. Everything is shot with purpose and intentionality, and there’s meaning in the way Mother! is visually composed. For example, the audience experiences this movie through Lawrence’s character, with the camera rarely leaving her. This means we’re left in the dark right alongside her, as people come and go into her immediate surroundings, but never really explain anything. Really, the camera feels like it’s literally stuck on her at times with constant close-ups, so we never see anyone else’s point-of-view. Watching her stumble around the anarchy that’s exploded into her house really helps the viewer feel just as disoriented, angry and confused as she is. There’s also some great sound design, where this house is always creaking and making other noises, almost turning it into its own character.

As a result of the camera never leaving her side, Lawrence has to do a lot of heavy lifting, and it’s her job to sell the unusual story with her performance. She manages then to do a brilliant job of getting the audience to really get behind her, despite the lack of cohesion in the plot. Through her, we are able to come into this film and find something we can still emotionally latch on to and understand, even if everything else doesn’t make sense. Her character is an introvert and she takes great pride in her work, so when that peace is disrupted, you totally emphasise with her frustration. Not only that, but In the final act, she fully commits to the craziness that ensues and looks like she putting her all into the role.

All the other cast do solid work considering the script doesn’t really allow them much in characterisation. Bardem is good as that doting husband who also can’t say no to his fans, and Harris and Pfeiffer help kick-off the chaos as the strange, unwelcome guests. Pfeiffer particularly gives a sinister and unsettling performance as she continually gets under the skin of Lawrence’s wife.

‘Mother! is a psychologically disturbing thriller that not everyone will like. Unconcerned with appealing to the masses, Aronofsky has clearly made a film that you’ll either love or hate. If you love it though, it will be because of Lawrence’s performance, and the unique narrative format that pushes the boundaries in experimental film making.’