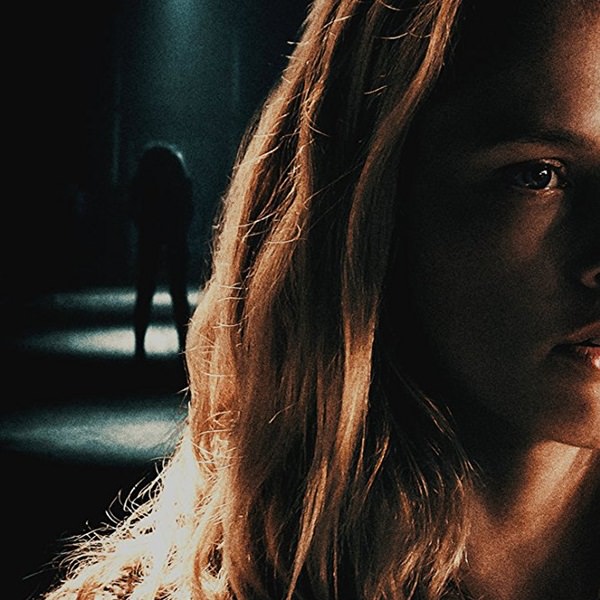 ‘A terrifying monster appears every time the lights are off.’

If we’re honest with ourselves, on some level, all of us are afraid of the dark. That element of not being able to see and living in the unknown, and having our imaginations running wild with what could be out there, lurking, stalking, and ready to pounce on us, the unsuspecting victim. It’s an idea David F. Sandberg uses masterfully in his directorial debut Lights Out. He runs with that idea asking us the question: what would you do if there was something out there in the dark, and your life depended on keeping the lights on?

The idea of using this primal fear in film isn’t original by any means, and many other movies have used the concept of fighting something that only moves when the lights are turned off. Sandberg’s film though is able to take this basic premise and inject some real terror in it, and like Jennifer Kent’s The Babadook (2014) plays with the idea of using the supernatural as an allegory for depression and mental instability, adding some extra depth to the story.

The plot centres around a dysfunctional family who’s matriarch Sophie, played by Maria Bello, is being haunted by a ghostly entity that’s been with her since childhood and that can only be seen or move in the dark. When her young son Martin (Gabriel Bateman) begins getting terrorised by this supernatural creature he turns to his older sister Rebecca (Teresa Palmer) who moved out years ago when similar occurrences were happening to her.

Lights Out is a tightly scripted film with a breezy pace, a small cast and a quick run time of eighty six minutes which Sandberg doesn’t waste. There’s no sense of lagging or unnecessary side plots making Lights Out feel focused, self-contained and easy to follow with a clear emphasis on scaring and creating suspense.

In fact, Sandberg’s direction seems competent and skilled as he knows exactly what he wants and sets out to do it, making it a very efficient scary movie. It‘s certainly a strong film for a debut, making Sandberg a director to watch out for. From the opening scene that sets up the concept to the final confrontation he skilfully builds the atmosphere and tension that will keep us in a constant state of unease. He also masterfully blends that atmosphere with typical jump scares that you would expect from these sort of films, making them successful in scaring us and not just used as a cheap trick.

The monster itself is also a terrifying creation and although we never get a really good look at it, just its silhouette and the way it moves will be enough to send shivers down your spine. Unlike most supernatural horror monsters Sandberg made the decision to give this gangly creature a voice which adds something original and surprisingly increases the fear factor instead of dampen it. The cinematography is also well done making sure our eyes are frantically searching every shadowy corner and blacked out corridor for something to jump out, and added to that is excellent sound design where every creak and scratch will only keep you on edge.

The difference between your average horror film and a great one usually boils down to the performances. If we have characters we care about, that aren’t just there for cannon fodder, it can add an extra dimension to the viewing experience and a sense of investment on the audiences part. Fortunately, Sandberg has assembled an excellent cast that are all great at bringing their characters to life and adding some real depth.

Special mention has to go to Bateman, who plays the small boy Martin. He plays being scared really well and realistically which can be really off putting if done poorly. It also helps that it’s a small, self-contained cast so focus doesn’t get stretched too thinly between the characters. Even Bret the boyfriend, played by Alexander DiPersia is a well-rounded, character who refreshingly, doesn’t fall into that common one-dimensional character type.

‘Lights Out is a well-crafted, fear inducing film which doesn’t deserve to be as good as it is, and by a first time director no less.’

Elevated by a great cast, a creepy monster and terrifying atmosphere, Lights Out will have you struggling to shake of those shivers long after the credits roll and sleeping with the lights on for weeks.