Kingsman: The Golden Circle review – a fun and entertaining sequel 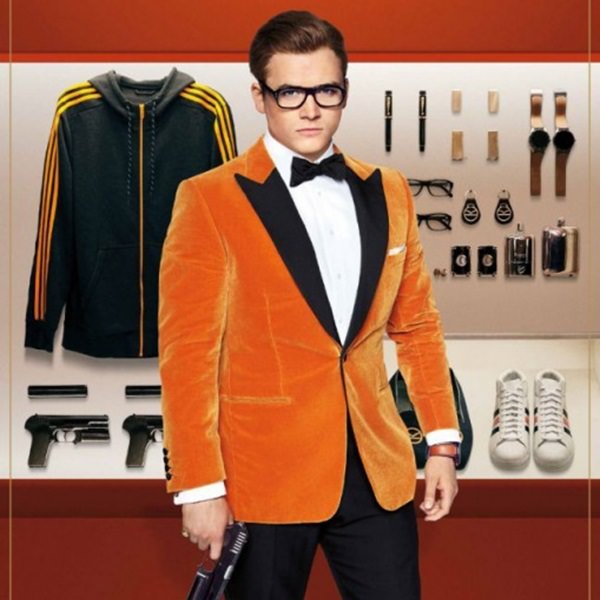 ‘With their headquarters destroyed and the world in peril the Kingsman ally themselves with a spy organisation in the United States to defeat a common enemy.’

After the success of the first one back in 2015, Kingsman: The Secret Service (2015) is unsurprisingly getting a sequel, this time subtitled The Golden Circle. With the recent James Bond films becoming increasingly serious and dour, it was a breath of fresh air to have a film like the first Kingsman come along, taking the same genre, but instead of being all moody and introspective, injected with a sense of fun and adventure.

By actually subverting those well-known troupes and taking a tongue-in-cheek approach, director Matthew Vaughn was able to make a movie that reinvigorated the spy movie. Now, with a follow-up turning this into an actual franchise, we have a potential film series to even rival the more seasoned 007.

Returning from the original is Eggsy (Taron Egerton), who has now fully accepted and taken on the role of super suave spy. His world though is once again shattered when the Kingsman headquarters is destroyed by a secret organisation known as The Golden Circle, led by drug lord Poppy (Julianne Moore). Desperate for help, both Eggsy and Merlin (Mark Strong) travel to the U.S. to team up with their American counterpart, Statesman, and also discover their long thought dead colleague in the form of Harry (Colin Firth).

Although not as good as its predecessor, The Golden Circle is still a worthy instalment and better than most sequels tend to be. One of the elements Vaughn gets right, for instance, is the story structure. By not repeating the same formula, and instead expanding the world, he offers something different. This includes destroying almost everything they set up from the previous film in the first twenty minutes, and also introducing an American version of Kingsman. All this allows Vaughn to tell different stories, plus create new characters to be explored. Like most sequels as well, the film can forego the set up and origin of the main character, and as Eggsy is now already a part of Kingsman and fully trained, we can get straight into the meat of the story.

Unfortunately, it’s the story itself, including its pacing, that is the weakest part of the film, and that potential is squandered somewhat. Basically, there’s too much stuffed in, and with various subplots alongside the main one, it pushes the runtime to an unnecessary and overlong 140 minutes. Minor stories like Eggsy’s love life and one involving amnesia don’t need to be there, and it just convolutes and jumbles the narrative’s flow. Furthermore, certain character motivations and the way their presented sometimes don’t make sense, which just ends up adding to that mess.

However, despite those narrative issues, the one thing The Golden Circle does get correct, is its emphasis on entertainment, which I’m guessing is what a lot of people are going into this film for anyway. As with most of Vaughn’s previous work, this is an incredibly fun movie-going experience, full of the humour and bloody action we got from the original Kingsman. Moreover, although nothing really reaches the high of that church scene in the first film, Vaughn still manages to direct and display highly kinetic and exhilarating sequences.

It’s not what you would call grounded, but like the Bond films they’re referencing, they each get bigger and more elaborate as they go along, and involve large secret bases, lots of gunfire, and big explosions. Combined with some great soundtrack choices, and an epic and exciting score, this only adds to the fun factor. If there’s one negative when it comes to the action though, it’s that there can be an over-reliance on CGI at times.

Egerton is once again excellent in the role of Eggsy, the urbanite-turned-gentlemen-spy, and he brings a lot energy and enthusiasm to the role. He has a good rapport with Strong and Firth, presenting an authentic friendship and comradery between them, particularly Firth’s Harry, who was his mentor. Speaking of which, despite having to suspend disbelief at the method, Firth’s return is most welcome, as he was a big part of what made the previous film succeed. Indeed, he’s both convincing as an upper-class gentleman, and as a ruthless field agent who could take down a small army of men with no more than his umbrella.

Regrettably, outside of the main trio, not everyone is utilised well, which is a shame considering the A-list talent they have on display here. For example, after the marketing of this film made such a big deal of Channing Tatum’s involvement, it’s strange for the story to side-line him for a big chunk of the movie. He’s good when he’s on the screen, but that’s not very often.

Actually, most of the statesman cast are misused, especially Pedro Pascal’s Whiskey, who is one of those characters whose development is all over the place. In short, they’re all solid in their performances, but just let down by the writing. Moore equally, doesn’t get a lot to do, but she makes a good villain and looks like she’s having a lot of fun. With an overly complicated evil scheme, she’s that typical larger-than-life antagonist we see in so many of these spy movies, and she perfectly slots into this heightened reality Vaughn has created.

‘Regardless of the overstuffed plot and a poorly utilised supporting cast, Kingsman: The Golden Circle is an entertaining thrill ride full of action and adventure. Egerton, Firth and Strong all turn in brilliant performances and are easily the heart of the film. Also, with a black sense of humour, including a hilarious celebrity cameo, there’s certainly plenty of fun to be found.’