It Comes at Night review – an unconventional yet terrifying horror 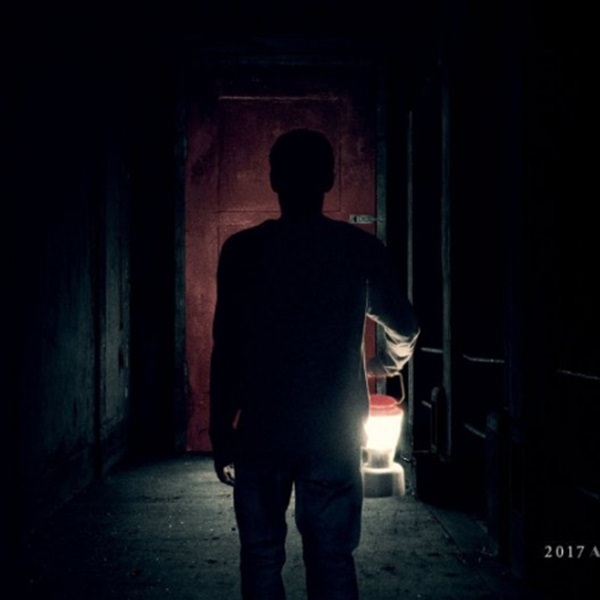 ‘A family surviving in isolation in a post-apocalyptic world have their fragile existence threatened when strangers appear seeking shelter.’

Based on the trailer, and with a title like It Comes at Night, you’d be excused for thinking you’re walking into a straight up horror film. Maybe something along the lines of a creature feature, or a stripped down zombie film. Be aware though, this isn’t that kind of film, and if you go in believing what the title and trailer suggest, you will be sorely disappointed. Directed and written by Trey Edward Shults, It Comes at Night is a far more unique and different beast altogether.

Set in a post-apocalyptic landscape due to a strange sickness, the story follows Paul (Joel Edgerton), his wife Sarah (Carmen Ejogo), and their teenage son Travis (Kelvin Harrison Jr.), surviving in the middle of the woods. When a man named Will (Christopher Abbott) stumbles upon their cabin, Paul, although cautious, offers to help and take in his family. Things start of well, but trust is fragile when the world’s ended, and it’s not long before the alliance between these two families starts cracking under the pressure.

This will not be a movie for everyone, with Shultz making a film that can best be described as experimental horror. Nothing about this film is traditional, but that is part of its beauty. By using a well-known template for the horror genre, he’s able to bring real originality to its story and format and take it in some very different directions. For example, although it’s set in a post-apocalyptic land, we’re offered little to nothing about the outside world or what happened, save something to do with a deadly, highly contagious disease. There’s no moment of exposition, or voiceover explaining anything, and we’re left completely in the dark. Instead of a film about a massive global catastrophe and the downfall of civilisation on a large scale, this is a far more self-contained and personal story revolving around two families just trying to survive.

As a result, It Comes at Night is more a psychological horror than anything else, as it explores the strain of living in a broken world. Shultz takes his characters and really piles on the pressure, showing what can happen in intense isolation, and how little people trust each other when society breaks down. These are good people forced to do what it takes to protect themselves and their own, and the director examines this in a frighteningly visceral fashion. It will certainly get you thinking how you would act in this situation when there’s no governing authorities. Could you trust a stranger in a world like that? Clearly then, Shultz is more preoccupied with the human element than the actual sickness and resulting apocalypse.

He also shows great technical prowess when it comes to setting the tone and pace, proving once again with great horror, what’s unseen can be more effective than what is seen. Filmed and edited in such a way as to pull every ounce of suspense from the story, Shultz expertly creates a unsettling atmosphere with very little being shown. He uses the lighting to build a claustrophobic feeling throughout, especially in the night scenes, where a lot of the time all we can see is what the characters can.

There is a lot of darkness in this film and Shultz squeezes out all of the dread from the shadows, letting the audiences mind’s play tricks on them and do most of the work. Even the environment of the woods feels very suppressive, and just as terrifying as the blackness of the house. Combined with some disturbing imagery, a slow methodical pace, and an eerie score, we’ll feel just as boxed-in and hopeless as this small group of people.

All this is aided by brilliant performances across the board, and they all help sell this desolate world. Edgerton does a fantastic job of presenting a decent man who’s driven by the desperate times he finds himself in. Paul has to do some dark things to keep his family safe, and yet Edgerton is still able to bring sympathy to his character; you can see it all in his eyes. Harrison Jr. is excellent as teenager Travis, and quite a bit of the film’s focus is on him.

Plagued with nightmares, you really buy into the strain this world is having on him. It’s a lot for a young actor to pull off but he does it with such seeming ease. The rest of the cast all do solid work with what they have, but we really see this story played out through Travis, and he carry’s it so well.

‘If you’re looking for a more conventional horror film, with standard jump scares and bogeymen, It Comes at Night won’t be for you. If, on the other hand, you appreciate mood and atmosphere, and don’t mind ambiguity and mystery, it might just be up your alley. In short, through the power of suggestion, Shultz has made a movie that will unnerve you long after you’ve watched it, and all by hardly showing you anything.’

← Spider-Man: Homecoming review - a return to form for the wall-crawler War for the Planet of the Apes review - a riveting and ape-tastic war film →