Ghostbusters review – not as bad as everyone thought it would be 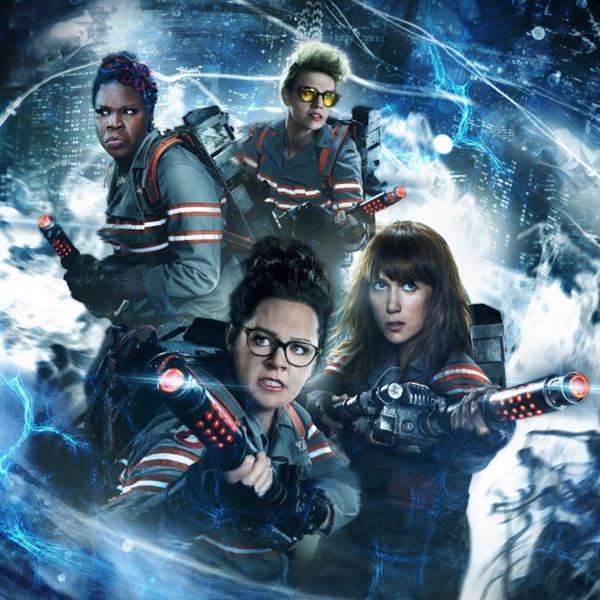 ‘Who you going to call? A ghost fighting team take on strange, supernatural incidents in New York city.’

After years of rumours and talks of a third film, Ghostbusters is finally getting the reboot treatment. Yes, that’s right, another Eighties classic is getting re-imagined for a new generation. Surprisingly, despite all the hate that was getting thrown towards it. This updated version of Ivan Reitman’s classic deserves some praise. The beauty of a reboot is that it doesn’t alter or change the original it’s based from, it’s a film that should be judged on its own merit. Like a book that’s been adapted for the big screen, if we don’t like this version, it doesn’t negate the book it came from.

Some reboots are terrible and miss the mark, but we shouldn’t dismiss them just because we think what came before was perfect and shouldn’t have been touched in the first place. If you don’t like the new version you can just ignore it and carry on enjoying your beloved original.

That being said, does this new version of Ghostbusters hold up on its own? The answer is yes. It’s a fun, entertaining film which does a good job of balancing itself as a homage to the 1984 original (including cameos from all original cast members). As a separate movie it presents us with a different take on these characters and their origins. The most obvious being, and for some reason the most controversial, that our four main leads are now played by women.

Kristen Wiig, Melissa McCarthy, Kate McKinnon and Leslie Jones are now our new Ghostbusters who must band together when paranormal activity begins accelerating in New York city, potentially leading up to an apocalyptic event. Paul Feig, with such hits as Bridesmaids (2011) and last year’s Spy (2015), clearly knows comedy and that’s certainly what he brings to his Ghostbusters. Unlike the original version which had a dry and deadpan sense of humour, Feig plays it more broader which actually suits the tone of the film.

It also helps that the four leads are all experienced comedians who are adept at physical comedy and ad-libbing their lines. This results in some funny dialogue and great chemistry. Whereas the original felt more about Bill Murray’s Venkman, and the focus was very much on him, all four Ghostbusters in Feig’s movie get their moment to shine making it more of an ensemble.

Surprisingly, Chris Hemsworth also shows good comedic chops as impossibly dim-witted receptionist, Kevin. He’s arguably the funniest character as he struggles to answer phones, pronounce the scientific jargon and basically has no idea of what’s going on around him. Hemsworth, who we’re used to seeing all serious and godly as Thor, looks like he’s having a ball playing against type and should definitely consider taking up some more comedic roles after he hangs up his cape. Subverting that cliché of the “dumb receptionist” and having Wiig’s character objectify him somehow makes his involvement even more funny.

Unfortunately, the film is brought down a bit by Neil Casey’s underdeveloped villain playing a typical outcast type who wants to see the world pay for the way it’s treated him. He’s true motivations are never really made clear and it feels like a lot of his development has been cut out to keep the run time down.

In terms of visual effects, there’s a lot of CGI but that’s to be expected in a film like this and apart from an over bloated third act is used well. The action’s also shot proficiently and clearly with some good set pieces utilising the various ghost fighting gadgets at the teams disposal. On the downside the pacing can be off at times with long lulls between action scenes. Apart from a solid cold open is quite slow to begin with and can feel like a sketch show at times with a loosely connected plot.

‘Ghostbusters as its own entity is a solid action comedy and Feig has done a good job of reintroducing this supernatural world to the 21st century as well as showing great affection for the 1984 original.’

The story might be nothing new and you can tell a lot of footage got cut, creating some pacing issues (Feig has a habit of releasing extended versions of his films). The antagonist is something to be desired and could of done with being fleshed out a bit more, but overall the film certainly doesn’t deserve the hate it’s been receiving prior to its release. It’s a funny, entertaining flick and if anything is worth seeing for Hemsworth’s performance alone.