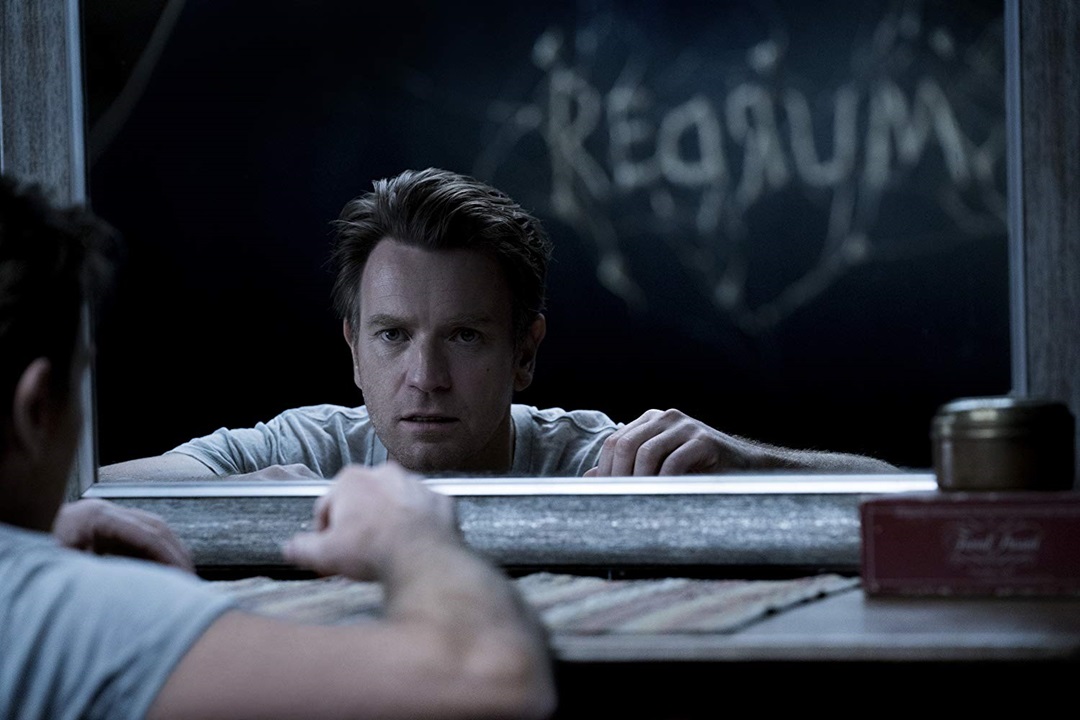 Danny remains tormented by the sinister events that took place at the Overlook Hotel when he was a child. Struggling with alcoholism, his hope for some kind of peace is soon shattered when he meets Abra. A teenage who shares his psychic gift called the “shine.”

Blade Runner (1982), Trainspotting (1996), Mary Poppins (1964) and Independence Day (1996). These are just a few of the many movies that have recently spawned sequels that came decades later. Doctor Sleep is the latest in this recent trend, and is the belated follow-up to Stanley Kubrick’s classic 1980 horror film, The Shining. To be fair, it is based on a novel by Stephen King, who also wrote the original. But it proves again Hollywood would rather dip into the world of an already existing intellectual property, than make something new or original.

After the events that took place in the Overlook Hotel, a now grown-up Danny Torrance (Ewan McGregor) struggles with alcoholism. He spends most of his time trying to forget his past and suppress his psychic powers, known as the “shine”. This proves difficult however when he comes across powerful tween Abra (Kyliegh Curran). With similar abilities, she is being tracked by a dangerous group who hunt people with psychic gifts. With nowhere to hide she turns to Dan for help, who must now confront his past if he hopes to protect Abra.

‘Apart from being a sequel to a cult classic, another thing Doctor Sleep has going for it, is director and writer Mike Flanagan.’

Over recent years, his filmography has been exclusively within the horror genre. Luckily, it’s a genre he’s proven very good at executing. Films like Oculus (2013), Ouija: Origins of Evil (2016) and Hush (2016) are evidence that he knows how to scare us. If that wasn’t recommendation enough, this is also his second King adaptation after the excellent Gerald’s Game (2017).

As a result of his involvement, this is another rare exception of a belated sequel being actually good. In no way does it surpass The Shining, but neither does Flanagan try to. Clearly a continuation of Danny’s story, this is not an attempt to copy the original’s formula. There is homage paid with a similar aesthetic (including some recreations of iconic scenes). But this is a new chapter set in the same universe. Based on the source material, King definitely wanted to build-out the mythology of this world. Following suit, Flanagan’s main concern is plainly on the dense plot and story, instead of the first film’s focus on atmosphere.

‘The only problem with this approach is it does undercut the horror element of the movie.’

By putting an emphasis on the narrative, there are long sections given over to exposition and world-building. Consequently, you won’t find Doctor Sleep, quite as terrifying as the relentlessly unnerving classic. Having said that, it does makes the movie unique to its predecessor. Flanagan is able to put his own spin on it rather than just copy the late Kubrick’s style. Pacing the movie elegantly, you actually won’t mind or feel that lengthy runtime.

Despite not being consistent in its terrifying moments, that’s not to say this film isn’t unsettling and suspenseful. Through score and well-structured set pieces there’s no doubt you’ll be wincing and squirming in your seat. All this is achieved visually, with the cinematography playing a big part in disorienting the audience. Long panning shots and slow camera movements all go to building the tension and helping us buy into this world of psychics and supernatural beings.

‘Concerning the cast, all the main actors do brilliantly.’

McGregor is great as the older and traumatised Danny. Dulling the pain through alcohol, all he wants to do is forget his past. He’s a well-rounded character and McGregor does a solid job of bringing the kindness and humanity out of this damaged man. Furthermore, he has convincing and paternal chemistry with the young Curran as Abra. For her feature film debut, she comfortably holds her own alongside the more seasoned cast. She straddles that line of vulnerable child and powerful psychic so skilfully that I’m sure we’ll see more of her in the future.

Maybe explained more in the book, but we don’t get a solid grasp of the antagonists and what they’re all about. Yet despite being the weaker characters, Rebecca Ferguson delightfully chews up the scenery as Rose their leader. Always good in what she’s in, she not only adds menace to her portrayal but mingles it with playfulness as well. Relishing every moment she’s on screen, her involvement absolutely elevates these conventional power-hungry villains.

Working in its favour, it makes it far more engaging and scary when you have protagonists you actually empathise with. Combined with an engaging story, Flanagan’s skilled direction and keen eye, this is a movie that continues to cement his dominance over the genre.