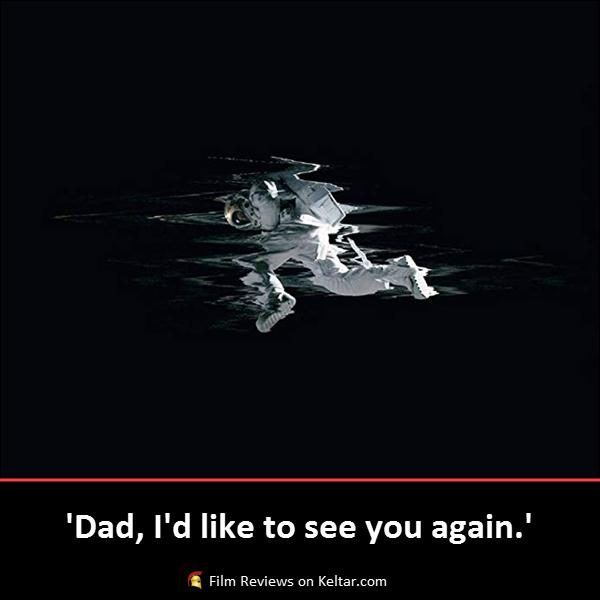 ‘An astronaut agrees to undertake a mission to the outer edges of the Solar System to find his father and prevent a threat to the universe.’

Good original sci-fi is hard to come by these days. Usually blended with action or horror, true ponderous and thought-provoking science fiction is actually quite rare. Brad Pitt’s new film, Ad Astra, is clearly aiming for that purity and aesthetic. Directed and co-written by James Gray, it’s a movie many fans of the genre will find intriguing. On top of that, very little of the plot has been given away, which makes a refreshing change to today’s ploy-heavy trailers.

Set in the near future, power surges threaten all life on earth. It’s up to astronaut Roy McBride (Pitt) to go to the source of these surges and stop them before they destroy mankind. He discovers that the centre of this potential catastrophe is his father Clifford (Tommy Lee Jones), who went missing years ago on a deep-space research mission, looking for extraterrestrial life.

‘Gray clearly has a lot of ambition in how he wants to tell this story.’

His effort, although admirable, doesn’t quite reach those lofty aspirations. You have to respect the originality, but he’s obviously going for a tone similar to 2001: A Space Odyssey (1968) or even more recently Interstellar (2014). Sadly, he misses the mark by a long shot when compared to those movies.

Like many of these type of films, there’s a lot of philosophical pondering about our position in the universe and where we’re heading as a species. But it’s all executed in a very dull way. The pace is unbearably slow and nothing of interest really happens. Even the characters are emotionally stunted, making it hard to get invested in them. A story of a man searching for his missing father should be engaging and something we can connect to. Instead, everything in the narrative is so esoteric and mystical, it’s hard to relate to McBride’s journey at all.

‘Speaking of which, the whole movie rests on Pitt’s shoulders.’

He gives a commendable performance, but his character is so restrained you can never get a read on him or grasp his true motivation. That choice likewise never leads to a big cathartic pay-off, and all he learns from this dramatic experience is the most minuscule of lessons. None of the other actors get anything to do and barely have any reason to be in the film. Jones is mostly seen through video footage and is more a catalyst for McBride’s arc than an actual character. Donald Sutherland comes and goes without much fuss, and all we see of Liv Tyler is in snippets of flashback scenes.

Fortunately, Ad Astra is redeemed somewhat by the stunning visuals on display. When it comes to the production design, it all looks tangible and real, with very little green screen being used. This includes an authenticity in the way space travel is presented, in which it feels plausible and not too far from the realm of possibility. Effort and detail has plainly gone into the overall look, and it has a deliberate and methodical approach. Gray also skilfully puts us in the headspace of McBride. As the film progresses, we become just as disoriented as he is. With constant close-ups of his weary face, we see the toll deep-space travel has had on his body and mind.

‘Despite its promise, Ad Astra is a disappointing sci-fi film.’

The visuals are impressive and Pitt does his best, but it just doesn’t compare to the better movies that are in its category. Deep philosophical science fiction is hard to do, and regrettably, this film buckles under the pressure of trying to be more than it is.