A Wrinkle in Time review – a lazily made children’s fantasy 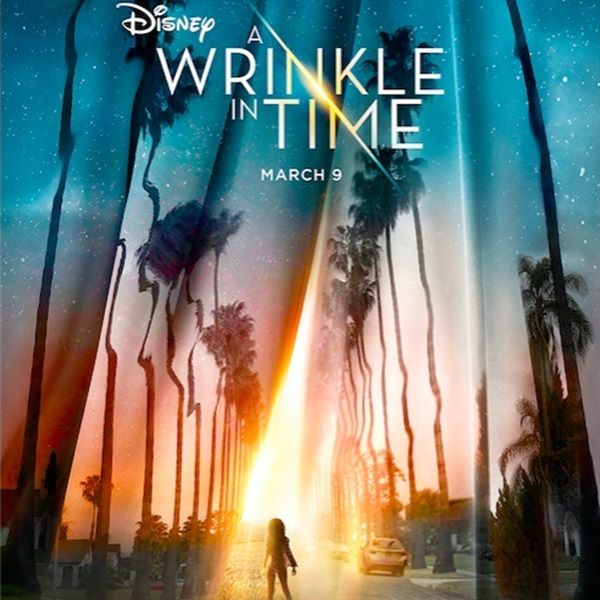 ‘Meg, Charles and Calvin are transported by three supernatural beings through the universe in search of Meg’s dad.’

Based on Madeleine L’Engle’s novel, A Wrinkle in Time tells the story of thirteen year-old Meg Murry (Storm Reid), and her search for her missing scientist father (Chris Pine). Four years after he disappeared, Meg lives a solitary life and is bullied and ridiculed for some reason at school. Things change though when three mystical beings appear, played by Oprah Winfrey, Reese Witherspoon and Mindy Kaling. Offering guidance, they whisk Meg, her adopted brother Charles (Deric McCabe), and classmate Calvin (Levi Miller) across the universe to search for their missing father.

There’s a lot of ambition on display with plenty of spectacle, but sadly, A Wrinkle in Time comes off hollow, and void of any true emotion. Apart from one or two heartfelt moments, director Ava DuVernay leans too heavily on that whimsical atmosphere, relying more on music and visuals instead of good characterisation and writing. As a result, it all feels rather empty and emotionally manipulative, making it pretty forgettable straight after you’ve seen it.

The main issue is, that although the story is coming from an already existing novel, it’s a plot outline we’ve seen many times before. Young child with a difficult home life goes on a life-changing fantastical adventure, that teaches some valuable life lessons along the way. It’s a narrative trope we can already find in Labyrinth (1986), The Never Ending Story (1984), and Zathura (2005) to name just a few, and now A Wrinkle in Time can join their ranks. This time, the lesson Meg has to learn is the power of love and being true to yourself, which is a very child friendly message, albeit a very overdone one. In fact, no attempt is made to appeal to the adults, and everything about this movie feels like it’s primarily targeted for the pre-teen demographic.

Considering this is aimed at a young audience, the pace is very sluggish, and I can imagine a lot of children growing bored very quickly. There’s not even that much action, and for a fantasy adventure film, it’s not that exciting either. Really, it’s as if DuVernay wants to wow and awe us with the visuals alone, which ultimately won’t do much for the kids.

When it comes to the cinematography, as beautiful as the one or two real locations are in the otherworldly realms, the rest feel like it was shot in front of a green screen, taking you right out of the movie. A lot of the CGI equally looks underwhelming, with far better special effects out there in other recent sci-fi fantasies.

Similar to recent YA adaptations, we also get an array of brilliant seasoned actors who are wasted or underused, so as to focus on the young cast. For example, actors like Zach Galifianakis and Michael Peña pop up for one or two scenes and are never seen again. Most do well with what the script gives them, but regrettably that isn’t a lot. Winfrey, Witherspoon and Kaling are all capable, but really, just slot into a two word character trait, like the tactless one or the wise one. No depth is given to them what so ever, and we never find anything out about their background to make them feel like three dimensional people. Pine likewise, as good as he is, is mostly there as a plot device and to be the goal for the young heroes to get to.

Despite the lack of character depth, the young and relative newcomers all hold their own, and bring solid performances. Reid does well as the emotionally stunted Meg, and although her character feels very forced at times in her actions, she’s still able to sell it with her performance. Particular mention though has to go to McCabe as six year-old Charles. He doesn’t have to do as much emotional heavy lifting as Reid, but there’s a third act reveal and a major shift in his character that most experienced actors would struggle with, and he plays it quite well. Along with Miller, all three have a good chemistry, bringing a believable sense of wonder and amazement when it comes to the situation they find themselves in. Going a long way in engaging the young target audience into the fantastical worlds, these fresh new faces certainly help make this movie slightly more watchable.

‘A Wrinkle in Time had potential to be a great children’s fantasy. With more tangible and practical effects, and a better execution of the story, we could have had a stunning film that would’ve wowed both children and adults alike. Instead, what we get is a lazy adaptation of the source material, and apart from some spectacle and good performances, isn’t anything special.’